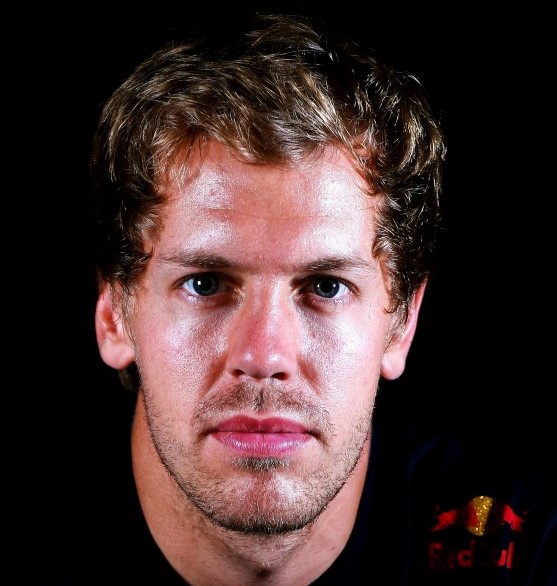 Media reports say the Singapore Airbus A380 carrying the Red Bull driver, as well as other F1 personalities including Peter Sauber, encountered a problem just before landing in Zurich.

The pilots diverted to Frankfurt, and Bild newspaper said it was a failure of the aircraft's instrument landing system (ILS).

Passengers recalled that as the plane descended for landing, the pilots suddenly pulled back up at full power.

"We were never scared, because we were given very good information from the cockpit," Sauber is quoted as saying by the Swiss newspaper Blick.

"But during the approach I did think, oops, the forest down there is looking rather close. Then we went back up."

Said Vettel's press manager Britta Roeske: "The captain came immediately to Sebastian and explained the electronic defect. Sebastian was very relaxed and even let himself be photographed with the crew members and passengers."

No Olympic medals for F1 drivers – Rogge
(GMM) Formula one-style motor racing is never likely to be seen at the Olympics.

That is the claim of current International Olympic Committee (IOC) president Jacques Rogge.

"The most important thing must be the man, not the machine," the Belgian said in an interview with Germany's SID news agency.

"I see no real chance that Sebastian Vettel will be in the race for a gold medal," added Rogge.

Kubica to know 2012 readiness in 'early November'
(GMM) Robert Kubica and Renault may be out-of-sync on their deadlines as the Pole bids to return from injury to formula one.

His doctor Ricciardo Ceccarelli and manager Daniele Morelli reported the good news this week that Kubica, 26, will almost certainly recover from his horror February crash to contest grands prix in 2012.

But Renault team boss Eric Boullier – also with Vitaly Petrov, Bruno Senna and Romain Grosjean in the frame – has imposed a strict end-of-October deadline for the finalization of his driver lineup for next season.

"I have to stick to one deadline," insisted the Frenchman.

Dr Ceccarelli told Italy's La Gazzetta dello Sport this week that he will only be able to categorically guarantee Kubica's readiness for 2012 in early November.

And manager Morelli added: "I speak often with Boullier and will give a response, either positive or negative, in early November when we have a clearer idea."

Valencia opens door to Barcelona alternation
(GMM) The government of Valencia has left open the door to annually alternating its formula one street race with Spain's other grand prix venue Barcelona beyond 2014.

After a meeting with mayor Rita Barbera this week, Valencia sport minister Dolores Johnson told the EFE news agency that the government will honor the existing contract for a race every year until 2014.

Beyond the current contract that is "in force", Johnson said Valencia intends to extend the deal only "in the best conditions".

The specialist Spanish media has interpreted the comment as a clear signal that Valencia is considering alternating a single annual F1 date with Barcelona's Circuit de Catalunya.

Red Bull designer Adrian Newey recently expressed regret that the future of permanent circuits like Barcelona is imperiled by the rise of temporary venues.

"I gather there's a danger that Barcelona could be lost relative to Valencia and I think that would be a tragedy," he said.

Now 73, Brazilian d'Orey contested grands prix at the end of the 50s and remains an eager spectator.

He said on the SporTV program 'Linha de Chegada' this week that Ferrari manipulated the situation some years ago to ensure Rubens Barrichello was not as fast as his number 1 teammate Michael Schumacher.

"Alain Prost told me at a dinner in Paris that they did it to Barrichello when he was going too strongly in relation to Schumacher," he said.

"The team as well as the sponsors are making a big investment. To some extent, it is theatre."

Drivers ask for Hamilton discussion at Suzuka
(GMM) Formula one drivers have asked to discuss Lewis Hamilton's recent driving during a meeting ahead of the Japanese grand prix at Suzuka.

That is the claim of Italian specialist magazine Autosprint after the McLaren driver's latest run-in last weekend in Singapore, where Felipe Massa physically confronted the Briton.

Ferrari's Massa sarcastically suggested 26-year-old Hamilton should call upon his father for help, while Anthony Hamilton blamed a failure of support by his son's new management led by entertainment agent Simon Fuller.

"It doesn't have to be a manager necessarily," the Scot wrote in the Telegraph, "but you need someone to be able to sit down and talk to you with complete honesty. To tell you you're being an idiot."

McLaren team boss Martin Whitmarsh acknowledged 2011 has "not been a good season for Lewis Hamilton" but said the tone of the latest criticism "is wrong".

"Lewis is still a young guy, he is learning and he will learn from all of this. He will win races and I am sure he is going to win more championships," he added.

And the Brackley based squad also announced that HRT's recently-departed Geoff Willis, who was with the German team in its Honda days until 2006, is joining up as technology director next month.

Italian Costa, who worked under now Mercedes team boss Brawn at Ferrari some years ago, will start his new job as engineering director in December.

"Aldo will be responsible for design and development, and Geoffrey will head the aerodynamics, vehicle dynamics, control systems and simulation functions," the team said in a media statement.

Said Brawn: "Building a winning team is an exciting challenge for us all as we work towards the competitiveness and standards that we aspire to as the Mercedes-Benz works team."

Team Principal Ross Brawn said: "I am delighted to announce that Aldo Costa and Geoff Willis will be joining the MERCEDES GP PETRONAS team. Geoff is a highly respected engineer with over twenty years of Formula One experience, and we look forward to his arrival next month. Having worked closely with Aldo for many years, I know that he will bring dedication and championship-winning expertise to the team when he joins in December. Building a winning team is an exciting challenge for us all as we work towards the competitiveness and standards that we aspire to as the Mercedes-Benz works team. With a strong technical structure led by Bob Bell, we are moving ourselves into the best possible position to achieve our ambitions."

Norbert Haug, Vice-President, Mercedes-Benz Motorsport commented: "Since MERCEDES GP PETRONAS was formed as a new team in early 2010, we have been putting in place the building blocks for success. Our technical organization was strengthened by the arrival of Bob Bell and, working closely with Ross, he has identified the areas where we can improve still further. Aldo and Geoff will reinforce our technical management and bring the experience required to harness the talents of our people in Brackley; we have also recruited and invested at other levels in order to maximize our competitiveness under the Resource Restriction Agreement. Our goal remains to progress step by step in order to establish ourselves as a front-running team for the long term, in line with the tradition of the Mercedes-Benz Silver Arrows."

Ecclestone admits he cheated as team boss
(PVM) Throughout the seventies and eighties Bernie Ecclestone was team principal of the Brabham Formula 1 team which won two world championships during his tenure, but he admits that his team cheated.

In an interview with the official F1 website Ecclestone, was asked what it takes to build a successful team. The F1 supremo answered, “Good people – good designers, team managers and drivers. But back then, at the times of Brabham, I had a significant advantage. We were the masters of cheating and never got caught."

“That’s not possible nowadays! Today it is all about who’s interpreting the rules best. That means staying within the rules but thinking outside of the box because the control mechanisms are too tight to take a risk," said the 80 year old.

Webber blames Pirelli tires for his bad starts
(PVM) Mark Webber has been victim of some bad starts this season and the Australian has revealed that he believes that the Pirelli tires are the culprit in his tardiness off the grid.

Webber wrote in his BBC column, “This year, we have seen the biggest fluctuation in starts for years, which is purely down to the new Pirelli tires and how they perform off the line."

He added, “The rules make it pretty challenging for engineers to get the starts right as launch control and other electronic aids that limit wheel-spin are not allowed. There is a lot of work for the drivers to do as well. I cannot give too much away but there are a number of procedures to go through before we get going."

“When the lights go out, we quickly release one clutch paddle on the steering wheel and feed in a second gradually – that’s the one the driver uses to modulate the grip of the rear wheels," explained Webber who has yet to win a grand prix this year while his team mate Sebastian Vettel has nine victories to his credit.