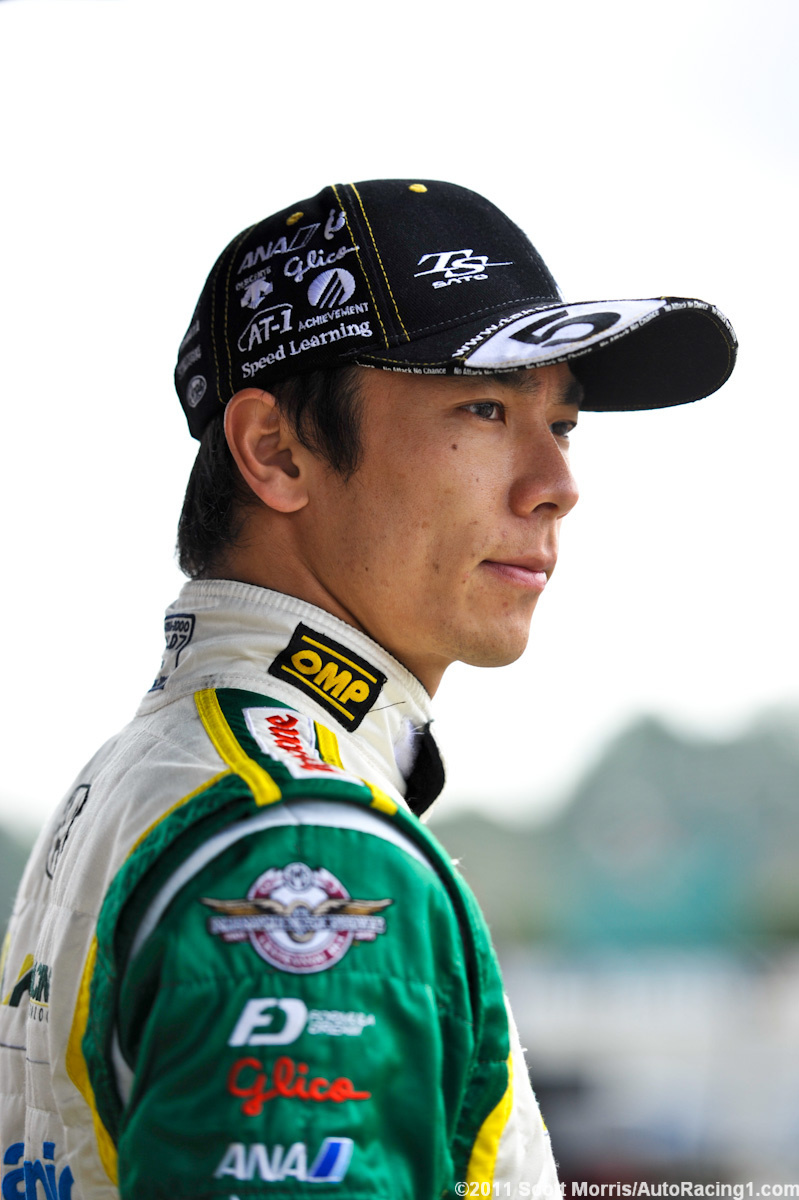 IZOD IndyCar Series driver Takuma Sato participated in a Q&A session to preview this weekend's Indy Japan: The Final at Twin Ring Motegi. Below are select quotes from his interview.

TAKUMA SATO: Former Formula 1 driver Takuma Sato returns to race in his home country this weekend in the Indy Japan: The Final at Twin Ring Motegi for KV Racing Technology – Lotus. Sato raced on home soil for the first time in three years when he raced at the track last year. He hopes to bring more success to his fans this weekend as the series transitions from the 1.5-mile oval to the 2.983-mile road course.

Q. Last year, there were huge crowds of fans cheering you on at Twin Ring Motegi. What's it like to race in your home country again?

TAKUMA SATO: I think it's fantastic, really. Last year was the first time I had gone to Japan for a race in front of a home crowd in three years.

Obviously going as an INDYCAR driver is a different scenario. The atmosphere they had at Twin Ring Motegi for the oval, it was just fantastic. It was pure racing and the drivers, the teams and the fans were fully integrated. The paddock was just full of people. I've never seen or felt anything like that. Just moving from engineering to the garage, which was only a hundred yards, was such a big struggle because there were so many people. But the atmosphere was fantastic.

Q. Racing at Motegi almost didn't happen after the disaster that struck Japan in March. How big will the race be for you?

TAKUMA SATO: I think racing in Japan is not only big for me, but for the whole series. You have Japanese fans as well as (Japanese owned) Honda and Firestone.

It is absolutely necessary to go race there, especially after what happened on March 11 with the devastating earthquake and tsunami. Japan needs energy and IZOD IndyCar Series brings that energetic excitement that Japan needs.

The race there isn't just a race. It gives the people an opportunity to see a race, but we can also support the people there who need something to take their minds off of what happened. Unfortunately this is the last time that the current IndyCar Series will race their and they've had to covert the race to the road course due to oval damage, we are going there, which is a great commitment from the series and the rest of the teams and drivers.

I'm very appreciative when I heard that the Indy Japan would go on this year. It will be a very proud moment for me.

Q. The race won't happen on the oval, but will move to the road course. Given your background in Formula 1, you have to be confident about the race?

TAKUMA SATO: Every result and every moment always gives you great confidence. This year we have been so strong, given the circumstances. We have struggled at some tracks, but in general, we have been strong. I feel so comfortable and natural going to the races. You get such a great sensation of speed driving an Indy car, and I love that.

This year at Motegi, where no one has raced (on the road course) is a great opportunity for KV Racing Technology – Lotus and for me. We were so successful at Edmonton, where the circuit was changed massively. And this is the same case, where the track has changed.

Q. Have you raced at Motegi's road course?

TAKUMA SATO: I've never raced there, but I have driven a few demonstration laps around the circuit. I've never been to a race there, which is equal for all of us. I think it will be a big chance for us and certainly, I will do my best job.