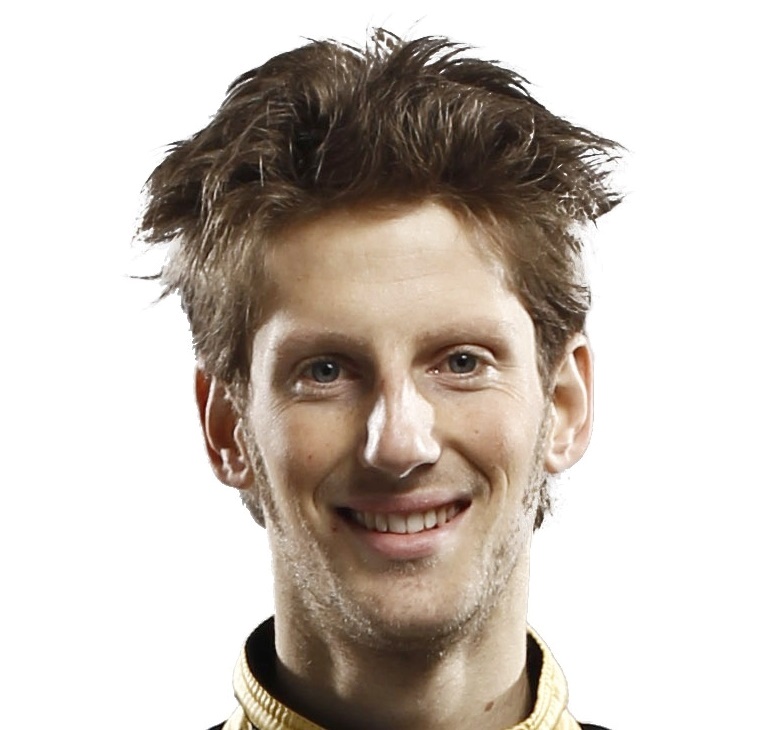 Frenchman Boullier, who also heads the Gravity driver management company, is reportedly considering his countryman as an immediate replacement for Nick Heidfeld.

But L'Equipe quotes Boullier as saying "three teams" are in the running to have the 25-year-old – who is leading the current GP2 championship – in their 2012 lineups.

And Renault team owner Gerard Lopez admits Grosjean is a candidate to replace Heidfeld in 2012.

"Vitaly (Petrov) has a contract to the end of 2012," he said. "We could consider Vitaly with Romain, but that doesn't depend on us. It depends on the health of Robert (Kubica)."

Boullier admits Grosjean struggled in 2009 when he made his F1 debut amid the 'crashgate' scandal alongside Fernando Alonso.

"As I am very close to him, I can confirm that he is different now, much more mature than two years ago," he said.

He told Globo Esporte: "We're waiting to see what happens with Robert."

The Italian team recently split with technical director Aldo Costa, admitting Ferrari needs to be more aggressive in order to start championship campaigns on terms with its rivals.

For 2012, Greek designer Tombazis has revealed that "many areas of the car will change.

"The change will be greater than in other years," he is quoted by Spain's AS newspaper.

Tombazis is also quoted as saying by Brazil's Globo Esporte: "I think honestly next year's car will be neither an evolution from this year or a total change."

But a difficulty for teams at this point of the season, particularly with Red Bull so far ahead in the championships, is how to split the resources between the two car projects.

A further complication is that a major development area in 2011 is the blown exhaust, which will not be allowed next season.

"Some resources should be used for this year's car because we want to win some more races," said Tombazis. "Obviously some things do not apply to next year's car, but some do.

"So we need to address this, trying to prioritize our resources for the two cars."

Texas yet to release US GP funding – report
(GMM) Organizers of the 2012 US grand prix are still yet to access state funding for the Circuit of the Americas project.

The FIA has scheduled a mid-June date for the inaugural Austin event, amid reports race organizers want a different date due to the hot Texas summer.

But time to build the bespoke facility is nonetheless short, with the City of Austin only now filing documents with the state to access the touted $25 million in support.

The Texas comptroller has 30 days to review the request and release the funding from the major events trust fund, according to the local Austin American Statesman.

"It is unclear when the funds … need to be paid to F1 officials," added the report.

Massa entered the pits ahead of Red Bull's Sebastian Vettel but a delay cost him the place to the world championship-leading German.

Ferrari's head of track operations Diego Ioverno explained that the team, in the race for faster pitstops in the no-refuelling and multiple tire-stop era, has been experimenting this year with new methods and equipment.

He said that at Silverstone, a new wheel nut design contributed to Ferrari performing the fastest overall pitstops.

"Then in Germany we were again using this new wheel nut, which does work better, but the system is still not perfect and, at Felipe's last tire change, we lost the connection between the wheel nut and wheel nut gun, which cost us around one and a half seconds," he confirmed.

"So we have more work to do on perfecting it."

Vettel still 'clear favorite' for Hungary – Lauda
(GMM) The team has failed to win a race so far in July, but Red Bull remains the favorite for victory this weekend in Hungary.

That is the claim of triple world champion Niki Lauda, who said the energy drink-owned team is usually very fast on the many tight curves of the Hungaroring.

"If normal temperatures prevail, and if everything goes to plan, then yes — he (Sebastian Vettel) is the clear favorite," the Austrian told APA news agency.

Lauda added that 24-year-old Vettel is "still clearly on course" for the 2011 title, despite Red Bull losing to Ferrari at Silverstone and then McLaren last weekend in Germany.

"He still has a big gap in the standings," said Lauda. "He need not worry."

"We did very well in Britain, McLaren won in Germany, but Red Bull is always on the podium, if not with one driver then the other," he is quoted by La Stampa newspaper.

"They are good on all circuits, so in Hungary they will be competitive. We are the ones who must make further progress," added Alonso.

At McLaren there is a mix of confidence and trepidation, with Lewis Hamilton winning at the Nurburgring amid the suspicion the MP4-26 might revert to struggling in hotter temperatures.

"We might get to Hungary and be massively off because we might overheat our tires," he said.

Paradoxically, Ferrari is looking forward to better weather in Hungary.

"It should be a good race for us to be able to go on holiday after a formidable July," predicted test driver Marc Gene in El Mundo newspaper.

Hamilton is pushing for a better 'DRS' rear wing system for his McLaren, with boss Martin Whitmarsh telling Auto Motor und Sport it will not be ready until Spa after the summer break.

"We don't have a DRS as efficient as the others," Hamilton said. "That's what we need to work on."

"Ferrari is in the same situation as us; we need each other to take points off Red Bull," the Briton is quoted by Corriere dello Sport.

Well-connected Belgian motor racing figure Bas Leinders this week suggested there is a serious buyer for the track, amid reports its race might have to annually alternate with a French venue in future.

Leinders referred to a "big investment company", and Belgian television RTBF suggested it might be Renault team owner Genii.

But the Luxembourg newspaper Wort said both Spa circuit boss Etienne Davignon and Genii have denied the rumors.

So too did Walloon government minister Jean-Claude Marcourt, but he admitted to La Libre newspaper that Spa-Francorchamps might be interested in linking up with a private investor.

He told La Derniere Heure: "I am open to any interesting initiatives, even though it is difficult to talk hypothetically.

"But I am interested so long as the private investor takes a substantial financial risk," he added.

Ecclestone offers Hungary deal for Nurburgring
(GMM) Bernie Ecclestone has proposed to ink a new contract with the Nurburgring with terms equal to those of Hungary's formula one race.

The new politically-sensitive coalition government has announced it no longer intends to offer funding for the Nurburgring's grand prix, which alternates annually on the F1 schedule with the other German venue Hockenheim.

Talks about a new contract began at the German grand prix last weekend, and DPA news agency reports that Bernie Ecclestone has offered to lower the sanctioning fee.

The report said Ecclestone is willing to offer a contract identical to that possessed by organizers of this weekend's race at the Hungaroring.

"The contract in Hungary is definitely cheaper," a spokeswoman for Nurburgring GmbH confirmed.

It is believed the Nurburgring's current contract involves a EUR 20 million per race sanctioning fee, and that the race last weekend recorded a loss of 13.5 million.

The McLaren driver raced to victory in the German Grand Prix on Sunday in what he called one of his best ever performances.

But the 26-year-old feels that 'God Save The Queen' is far shorter than his rival's national anthems that he is being cheated of podium time after claiming victory.

Hamilton said: "I am massively proud to hear the national anthem.

"When you're growing up and you see Olympians standing on the podium and you see the greats, you dream of yourself being up there and having the national anthem playing.

"The only thing is everyone else’s is much longer than ours so I would urge the UK to make our national anthem much longer.

"When I stand up there and Felipe (Massa) has won, theirs is like ten minutes long and when I'm there it's less than half a minutes."

Cooler conditions expected in Hungary
There is good news and bad news for those hoping for hot and humid conditions at this weekend's Hungarian Grand Prix.

The likes of Ferrari will be relieved to know that it won't be quite as cold and miserable as it was at the Nurburgring last weekend, but on the flip side temperatures are unlikely to reach the highs that you usually associate with the Hungaroring.

Ferrari team boss Stefano Domenicali admitted the wintery conditions didn't aid their cause in Germany while McLaren's MP4-26 are known to struggle slightly when track temperatures are too high.

According to early forecasts, it will be cooler on Friday with rain expected during the afternoon, which could affect the two practice sessions.

The showers, though, will disappear over the weekend and it will get slightly warmer.

However, it won't be quite as uncomfortable as it usually is during the Hungarian GP – that's probably due to the fact that the race is taking place earlier this year – with temperatures expected to average around 25Â°C. There will be cloud cover on Saturday, but the skies should be clear come race day on Sunday.