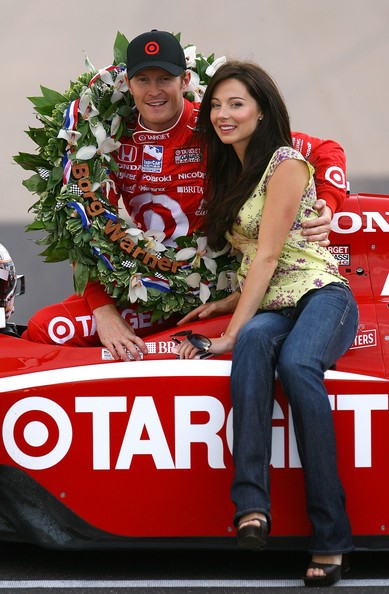 Shane van Gisbergen will be part of one of the strongest pairings in the Gold Coast 600 after Stoner Brothers Racing driver confirmed IndyCar star Scott Dixon will co-drive the SP Tools Falcon.

The Kiwi and former Indianapolis 500 winner partnered Todd Kelly at Jack Daniel’s Racing at Surfers Paradise in 2010 and the pair finished 20th in the first race and did not finish the second.

But the Brisbane-born driver is confident he can take home a coveted surfboard from a podium finish with van Gisbergen, who’s in fine form in 2011 and finished just meters behind TeamVodafone star Jamie Whincup in the second race of the event in 2010.

"It is going to be like the Kiwi Super team with me driving with Shane in a car prepared by the Stone Brothers," Dixon said.

"Ross and Jimmy are obviously racing heroes in NZ and it is going to be pretty cool to drive for them.

"I enjoyed my first outing in a V8 Supercar with the Kelly boys last year and being part of an all-Kiwi assault will add even a bit more spice."

Van Gisbergen was also excited to have one of the world’s best drivers, especially one from New Zealand.

"Obviously I followed Scott’s career while growing up so to be finally driving with him is a real buzz.

"Scott was quick here last year and is coming off a pretty good run in his series at home so he’ll be in a good frame of mind.

"It’s pretty good going into this event knowing I’m teamed up with someone who can really handle a V8 Supercar because as you know this place can be really unforgiving.

"Our car was strong here last year and with the progress we've made this year I'm confident we'll again be running up the front."

Along with other Indy drivers to star in the V8 Supercars event, Dixon will have to rush to get across the Pacific Ocean with the final race of the IndyCar season in Las Vegas which is scheduled for the weekend before the Gold Coast 600. But Dixon could have even more of a reason to cancel his trip Down Under.

"My wife Emma is due to have our second baby that week and it took a while for me to make up my mind to come," the Chip Ganassi driver said.

"But she was insistent that I come back and race with Ross and Jimmy.