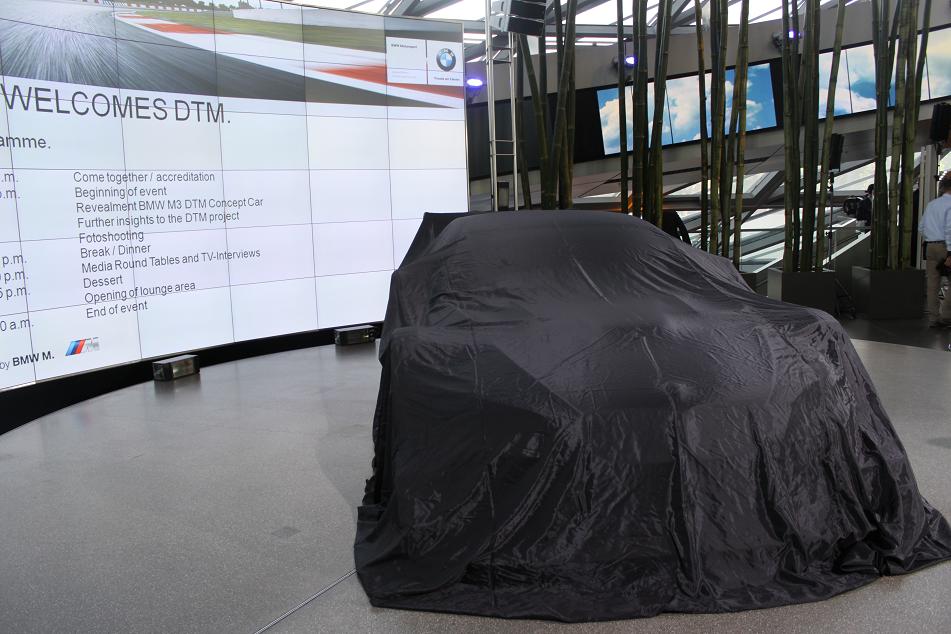 BMW finally took the wraps off their highly anticipated M3 DTM racer. The car that will join Mercedes and Audi in Germany’s Touring car championship next year.

This of course is the BMW M3 DTM in concept form, and that’s why it looks so cool and mean. Those smoked lights for example won’t be allowed for the real racing car! But it will 90 percent look like this, and you have to say at least in terms of styling, BMW is already ahead of the competition.

BMW M3 Concept was revealed on Friday evening in the Double Cone building at Munich’s BMW Welt. As part of the DTM event in the Olympic Stadium, the BMW M3 DTM Concept Car will be on show to motorsport fans and visitors to BMW Welt at the weekend. It is powered by a 480 hp V8 engine and because it’s very light it makes 100 km/h in about three seconds and boasts a top speed of approx. 300 km/h.

DTM has become quite boring this last couple of years with Audi and Mercedes the only cars on the grid. This BMW M3 will definitely spice things up a bit.