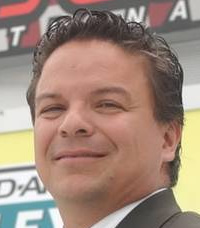 When I asked Watkins Glen International president Michael Printup if there was a chance the IndyCar Series would return to the famed Finger Lakes track in 2012, he said: "I highly doubt for next year."

And the more he talked, it seemed the level of doubt got higher and higher.

"We haven't been able to meet anything and their schedule is already full for next year," said Printup, a native of Hamburg who just completed his second full year as president at WGI.

Watkins Glen was left of this year's IndyCar schedule after a six-year run at the track. That run featured various date changes and mixed reviews on attendance but often very entertaining racing.

Drivers and teams had been near-unanimous in their appreciation for the track and it's open-wheel history, which includes the hosting of Formula One's U.S. Grand Prix from 1961-80 and CART IndyCar events from 1979-81.

"I wish Randy [Bernard, who took over as IndyCar CEO last summer] would take a look at what's going on in his sport and take a look at us, because we obviously have something to offer that the drivers love," Printup said following a public relations event featuring Juan Pablo Montoya — the defending champion of the Glen's NASCAR race — at the Buffalo Wild Wings restaurant in the Rochester suburb of Henrietta. "And if you ask Juan, he'll tell you the same thing because he told another [reporter] earlier.

"It's a shame that they're not racing at the Glen. They belong there. The drivers — you have to go where the racing is racing. Toronto was not racing, Milwaukee wasn't racing. Watkins Glen is racing. Where do fans what to see it, whether it is on TV or live? It's a facility that can provide the excitement."

Printup said that the reasons behind the IndyCar's absence from the Glen come down to money.

"They wanted more money — and it didn't fit the business model for WGI."

Printup, as he has said in the past, hopes the series will return to the Glen in the future.

"Once we can all figure that out together," he said of the business model, "I think we'll all put together a great product again."

Printup said that despite the lack of the IndyCar event this summer, the season was busier for he and his staff. The Glen hosting a celebrated car swap with NASCAR's Tony Stewart and Formula One's Lewis Hamilton in June followed by a Phish concert over the Fourth of July weekend (which had been the IndyCar series' most recent event date).

"We actually got busier," Printup said. "It actually really put a lot of pressure on the staff to function so often together. We always concentrate on Cup obviously, and we're looking forward to it, we're just a mere month away."