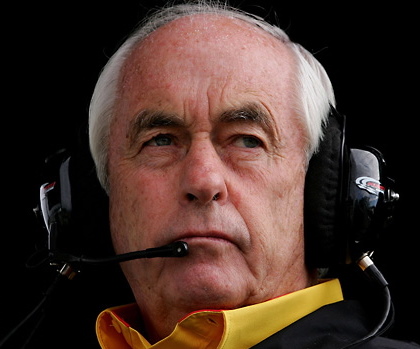 Honda Canada threw a dinner for some of us in the media last night with Paul Tracy as the special guest and a major topic of conversation was Danica Patrick – will she or won’t she leave IndyCar racing in favor of NASCAR in 2012?

It’s pretty amazing when Tracy himself stands up to say a few words and asks the question that’s on everybody’s mind: does anybody know what Danica’s going to do?

The reason, of course, is that Danica Patrick is a celebrity, a lightning rod of conversation and controversy, and just about the only true star the IZOD IndyCar Series has.

Now, everybody knows who Paul Tracy is, and Dario Franchitti, and Marco Andretti – don’t they?

Ask my 94-year-old Aunt Jean. She doesn’t know who those guys are but she sure knows the name Danica Patrick.

When I was in Indianapolis this year for qualifying, Patrick had a tough time making the field and had to finally squeeze in on the last day. There were other great stories at Indy that weekend, but the next morning on my way out of town, I listened to the disc jockeys and all they talked about – to a man and woman – was Danica.

"Thank goodness she made it in," said one. "It wouldn’t be the Indy 500 without her," said another.

Patrick is in the second year of a part-time schedule in the NASCAR Nationwide Series. Last Friday night at Daytona, she took the lead late in a race and the 60,000 fans in the grandstands were on their feet, screaming, when it happened.

So IndyCar will let her go at their peril. They have a hard enough time attracting people to some of their races, and their TV contract with the little-watched Versus network in the U.S. is an Albatross. In short, they need all the help they can get. (They do fine in Canada; TSN reports solid numbers, but the States are what count.)

So how do you keep her in IndyCar and yet satisfy her (and her sponsor GoDaddy’s) obvious urge to go NASCAR racing ?

I suggest that IndyCar CEO Randy Bernard convince Roger Penske to hire her. She can then drive for the best team in IndyCar, which means she would have a solid shot at winning the Indy 500 (which she wants), and on the weekends she isn’t racing an Indy car, she can drive for Penske’s team in the Nationwide Series.

Penske, of course, would get the GoDaddy sponsorship money that would enable him to provide her with first-class equipment in both leagues. And Penske on several occasions has said on TV in post-race interviews that she had impressed him with her ability and desire, two traits he considers extremely important.

GoDaddy would get more exposure – as many as 30-plus races in total – which is one of the reasons the Internet domain company has been after her to make the move to NASCAR, which races 35 or 36 times a year as compared to IndyCar’s less than 20.

And it would be the best of both worlds for Danica Patrick, who is probably terribly conflicted by this whole business. Yes, she probably wants to go to NASCAR (likely with JR Motorsports or Rick Hendrick's organization) but she’s not ready for Cup (she’d be eaten alive) and Nationwide is the minors as compared to the major league that is IndyCar.

Oh, and it would likely mean giving up racing in the Indy 500 if she made such a move.

But if she moved to Penske, it would be a win-win-win for The Captain, Go-Daddy and Danica Patrick.

And when that happens, who knows? Maybe we’ll all get to talk about something else. Toronto Star