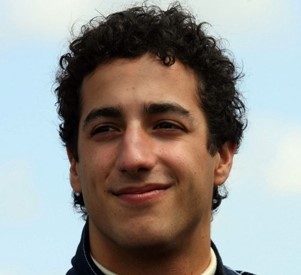 (GMM) Christian Horner will keep a "very close eye" on Daniel Ricciardo this weekend, but a seat at Red Bull's premier team in the very near future is unlikely.

With Mark Webber's contract expiring and Lewis Hamilton now ruled out for 2012, attention has turned to Australian Ricciardo, the cream of Red Bull's junior program who at Silverstone is making his F1 race debut with HRT.

"It will be interesting to see how he now progresses," Red Bull Racing team boss Horner is quoted by Sky Sports.

It had been believed that Ricciardo, 22, would make his debut mid this season at secondary team Toro Rosso, but Jaime Alguersuari and Sebastien Buemi have for now kept their drives.

Horner however suggested that a full time Toro Rosso seat for Ricciardo is the logical next step, rather than a rapid rise to the energy drink company's premier team.

"Daniel has no experience of grand prix racing, he has an awful lot to learn, and HRT and Toro Rosso are the best environment for him to do that, as Sebastian (Vettel) did with Toro Rosso in 2007 and 2008," he said.

"He needs to develop, it would be wrong to rush him through. He now has to prove himself in formula one after proving himself in the lower categories.

"But we'll certainly be keeping a very close eye on him," added Horner.