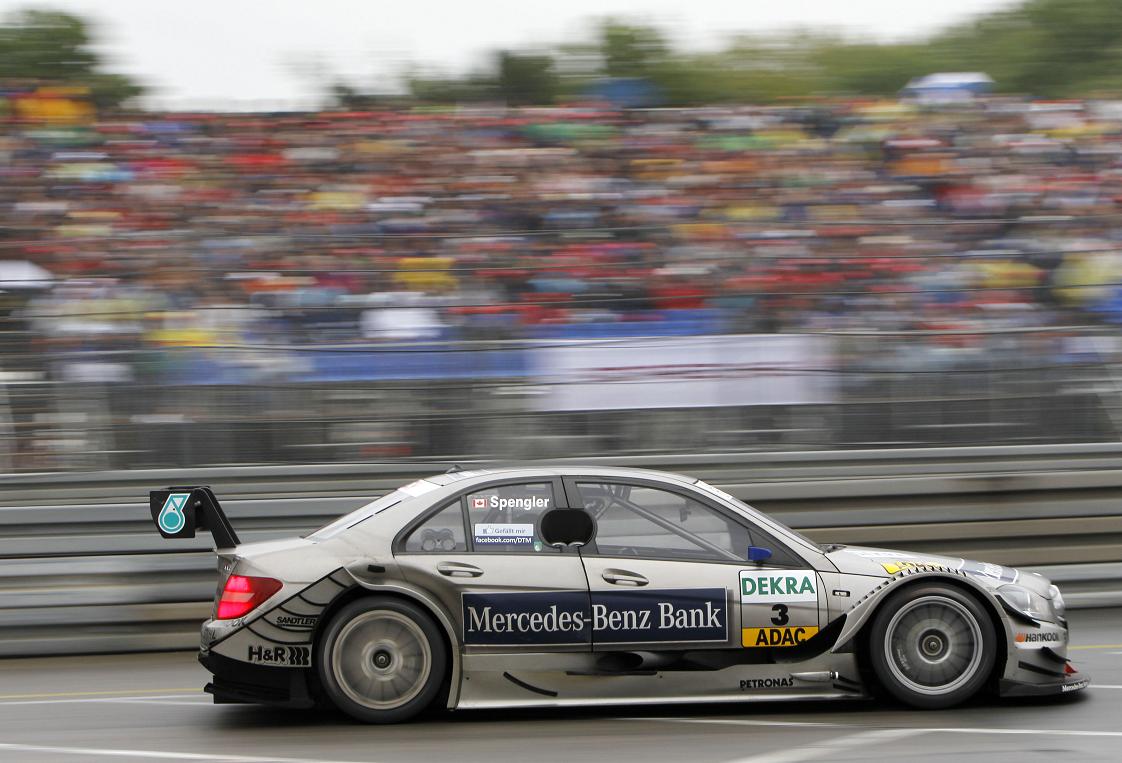 Mercedes-Benz scored a 1-2 in the fifth DTM season round at Norisring. At the only street circuit on the DTM calendar, Canadian Bruno Spengler won from his fellow Mercedes-Benz driver Jamie Green (GB). With his second victory of the season, Spengler also claimed back the lead in the points’ standings. German Martin Tomczyk (Audi) completed the podium, having moved up from tenth on the grid to finish third. Behind Timo Scheider (D) and Italian Edoardo Mortara (both Audi), Ralf Schumacher (Mercedes-Benz) ended up sixth. The race at the 2.3 kilometers long street circuit was stopped after 65 laps due to continuing heavy rain.