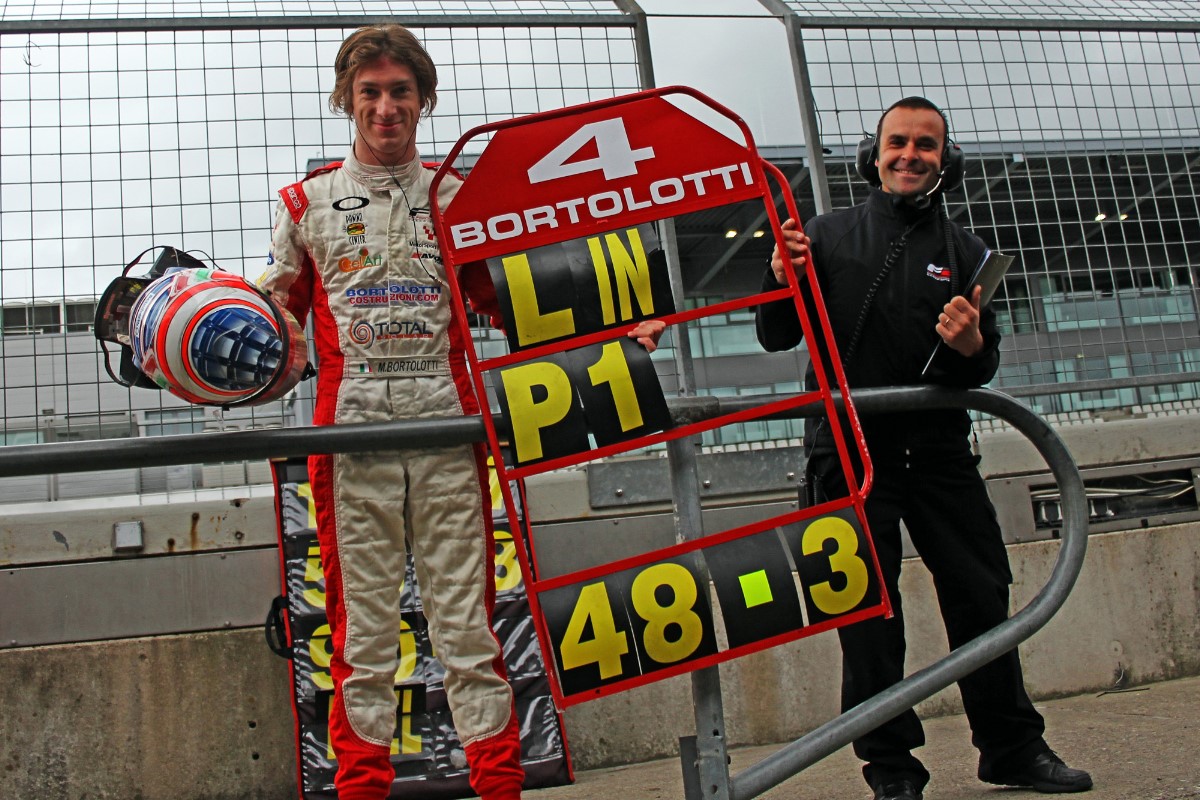 Mirko Bortolotti has taken pole position for race one of the FIA Formula Two Championship at the Nurburgring today (Saturday) with his best time a third of a second clear of the chasing pack.

The Austro-Italian traded times with Friday’s early pace-setter Mikkel Mac, with the Dane looking to have the measure of the championship leader in the early stages. However, halfway through the session everyone pitted for final adjustments and Bortolotti clearly found the extra changes necessary, whilst Mac found himself standing still, ending up in 10th place.

Whilst Bortolotti continued to record increasingly impressive times, Mihai Marinescu hauled himself into contention with a lap good enough for the front row. The pair then pitted in the final three minutes of the session, confident that their times were good enough.

Leading the challenge to this pair was Spa winner Will Bratt. Whilst he fell a tenth short of the front row, he will line up alongside Alex Brundle, who managed to find vital seconds that were missing during the practice sessions.

Ramon Pineiro will line up fifth for race one, the Spaniard beating Jack Clarke, who posted his qualifying time in the final moments. Championship challenger Christopher Zanella will start from row four, three-quarters of a second off of the front-running pace and he will be joined on the grid by fellow race-winner Miki Monras.

Jordan King continues his impressive first week of F2 with ninth place, ahead of the early pacesetter Mikkel Mac. The Dane starts just in front of the highest-placed German driver, Tobias Hegewald.

Speaking after qualifying 21-year-old Bortolotti said: "That was a good session for us. We did some work on the car overnight after yesterday's practice in preparation for today. I've also had to learn the track very quickly as it's the first time I've been here and for me to tell the engineers how to improve the car. I'm very happy with the pole though and the everyone did a great job. We've still got a long race ahead of us though so we'll just have to see how it goes."

Race One will take place at 1:40 PM local time.