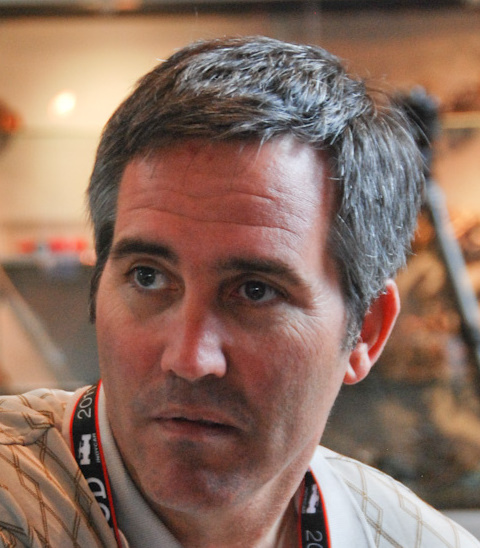 TMS President Eddie Gossage, who is never one to miss a microphone, says that if IndyCar decides to race in Houston they won't be invited back to Texas Motor Speedway. IndyCar President Randy Bernard's response, in our words, "Go Pound Sand Eddie."

Kevin Lee: I just read something here in the last few days about Houston is a possibility for next year or in the near future. We asked Eddie Gossage about Austin last week on this show and then he moved on his own to Houston and essentially said "If they want to go to Houston, good luck because they won't be racing here anymore."

Randy Bernard: I can't make Eddie's decision for him, but Eddie won't make our decision for us. I think that we will stand firm on the decisions that we make and if that's the call Eddie makes, then that's his call. Eddie is the President of Texas Motor Speedway and Bruton Smith lets him make those decisions and as long as I'm here and I look at the opportunities that we have to take to take our sport to the next level, you can't say that Houston isn't one of the largest markets in the United States. It's the fourth largest market in the United States and it's an important one.

Kevin Lee: How far is Houston from Dallas?

Kevin Lee: That's what I thought. These are two HUGE cities. My thought would be, ok, maybe you do lose a few that decide they're only going to pick one of the races. But my hope would be that you grow some more IndyCar fans, and these are two very different kinds of races. A street course and a fast oval.

Randy Bernard: Two different demographics. You know with an oval course, 70% of your demographics cross over with NASCAR. At a street course, it's much more urban, much more international and a younger audience. That's what is so great about IndyCar is that we have such a broader demographic than most forms of motorsports, and I think that if Eddie can't understand that's not my- I mean, I'm going to do everything I can to explain this to Eddie and why we should have both. But the bottom line is that it's his track, if he doesn't want to do it, he's not going to determine where we go. That's all I'm saying.