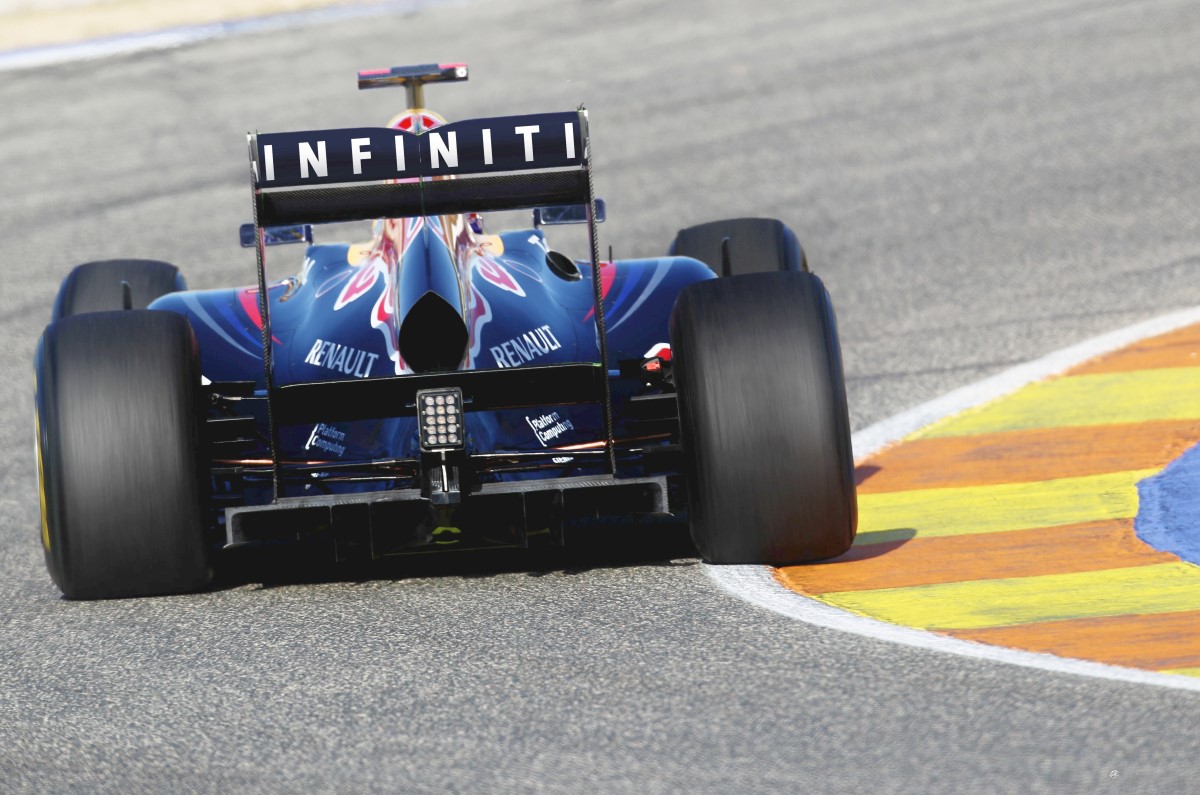 UPDATE Update show in Red below.

Red Bull rivals to eye Silverstone exhaust clampdown
(GMM) It is no coincidence that Ferrari has earmarked Silverstone as a key indicator for its approach to the remainder of 2011.

With Red Bull apparently running away with the title, Ferrari has not ruled out switching its focus to next season after July's British race.

It is at Silverstone that the FIA's controversial clampdown on blown exhaust technology, to be confirmed after a technical meeting in London this week, is expected to take effect.

Red Bull's other main rival McLaren is also hoping the clampdown affects its performance relative to the dominant RB7.

"The rule changes are going to spice things up," predicts Lewis Hamilton.

Ferrari test driver Marc Gene told El Mundo newspaper: "The other teams don't know for sure what makes the Red Bull the most competitive car on the grid.

"It's probably a combination of things but it's no secret that they were the first to develop the blown exhaust that has now reached a very high level of evolution."

In the Spanish newspaper Diario Sport, Ferrari boss Stefano Domenicali confirmed that Silverstone is a decisive event for the Maranello based team.

"Now we need to get the maximum points possible in Valencia and then look at Silverstone, which is where we will see the real effect of the change in the rules," said the Italian.

The Italian magazine Autosprint said Red Bull is furious about the ban and is arguing behind the scenes that it may even be illegal.

RB7 designer Adrian Newey said in Canada: "I agree with rule changes in the middle of a championship for good reason, like safety, but this is not the case. It's absurd."

Alguersuari 'ready for better team' – Gene
(GMM) Marc Gene has defended his countryman Jaime Alguersuari, arguing the young Spaniard is ready to prove himself in formula one.

With Daniel Ricciardo almost certain to move up to a Toro Rosso race seat in 2011, it is suggested that Alguersuari is the most likely to move over given his recent struggles with the Ferrari-powered STR6.

After some untidy driving for the 21-year-old early in the Canada weekend, BBC pundit and former team boss Eddie Jordan remarked that if he was Toro Rosso chief Franz Tost, he would dismiss Alguersuari.

"He has talent but is he fast enough?" the Irishman is quoted as saying in the German press. "In my opinion it is unlikely he would ever be considered a replacement for Vettel.

"So they (Toro Rosso) might have to say 'Let's try to bring on the next one'," added Jordan. "Sympathy doesn't matter — you have to deliver."

Alguersuari then had what he described to Spanish newspaper Diario Sport as a "perfect" Montreal race, finishing eighth and ahead of his teammate Sebastien Buemi despite having started from the pitlane.

And Gene, Ferrari's experienced test driver, told El Mundo newspaper that Alguersuari had a very good 2010 season, when it was Buemi who was thought under the most pressure at Toro Rosso.

"I know that this year he is struggling to adapt to the new tires and the high degradation," he said.

"Jaime is aware of it and is working very hard with the team to improve it. Personally I have no doubt that he is ready to make the jump to a better team," added Gene.

Heidfeld eyes Renault seat beyond Kubica comeback
(GMM) Nick Heidfeld has admitted he would like to keep racing a Renault even if Robert Kubica is able to return from injury some time soon.

Kubica's manager Daniele Morelli told the Italian press this week that the Pole might be fit enough to target a comeback in late November's Interlagos finale.

The first paparazzi photos of the 26-year-old since his horror rally crash earlier this year appeared on the internet this week, showing Kubica arrive at the rehabilitation clinic with his girlfriend.

Using crutches to walk into Ricciardo Ceccarelli's Formula Medicine in Viareggio, deep scars could be seen on his apparently immobile right arm.

According to La Gazzetta dello Sport, that arm was operated on yet again on Tuesday.

"Robert can once again clasp objects with his right hand, but he must still develop the muscle power," admitted Morelli. "The rehabilitation is running positively."

If Kubica can return in 2011, it's bad news for his current substitute Heidfeld, who is already under pressure from team boss Eric Boullier to up his game.

"I would gladly stay with this team," the 34-year-old is quoted by the Cologne tabloid Express.

"If Robert returns, maybe the second cockpit will be available," added Heidfeld, apparently referring to the car occupied by Russian Vitaly Petrov, who reportedly is already under contract for the 2012 season and backed by important sponsors.

Germany's Auto Motor und Sport said that just two weeks ago, Boullier said a return for Kubica in 2011 is "unlikely".

Haug: That was vintage Schumacher
Mercedes-Benz motorsport boss Norbert Haug feels Michael Schumacher's performance in Canada proved that he is still able to deliver the goods when he is given the right car.

The seven-time World Champion's sluggish start to the 2011 campaign prompted speculation that he could throw the towel in before his contract with Mercedes GP expires at the end of 2012.

Schumacher though hit back at the Canadian Grand Prix with probably his best display since he came out of retirement. He found himself in second place in the latter stages of the race, but had to settle for fourth place as DRS made him a sitting duck for Jenson Button and Mark Webber.

Haug feels it was vintage Schumacher in Montreal.

"This is what happens in sport – you can turns thing around quickly," Haug told Autosport.

"Ultimately you need results, and the one here was a very respectable one. We did it with Ralf [Schumacher] in DTM too – where he got criticism but now he is delivering good results.

"Our team is composed, it stays together and everyone is helping each other. This was Michael at his best. It shows that he can do it, and that if we give him the right car he will deliver."

Kubica undergoes successful operation
Polish F1 driver Robert Kubica has undergone a further operation on his arm, manager Daniele Morelli has announced. Kubica had the operation in Genova on Tuesday.

In an interview for the Italian La Gazzetta dello Sport, Morelli said that Kubica may be able to return to racing later this season, probably for the Brazil Grand Prix in November.

However, the F1 manager did show concern for Kubica’s right arm, which was mauled during a crash on the Andora Rally on 6 February.

Talking to the sports daily, Morelli said “when Robert will train on the simulator, he will decide himself if and when he will be able to return to racing."

Robert Kubica suffered numerous injuries in the February crash, the most serious being to a crushed hand. He has since undergone four operations on his arm, elbow and leg.

The German squad, formerly run as Brawn GP following Honda's exit at the end of 2008, had hoped to compete for wins in 2010 as Michael Schumacher entered the second year of his F1 comeback.

But team boss Brawn told German Sky: "The reason we are not as successful as we would like is that the team is not physically strong enough."

Both Schumacher and Nico Rosberg have new race engineers in 2010, while former Renault technical director and team boss Bob Bell has joined the Brackley based team.

Brawn admitted: "We do not have the technical strength to compete with Red Bull, Ferrari or McLaren, but we are working on it and that's happening right now."

He said he is seeing "progress" but insisted: "These things go step by step, season by season. For next year's car we will have a much stronger team than now."

Reports earlier this year revealed that the current car, the W02, has the shortest wheelbase in the entire field.

"When we made the decision on the layout, we had information that led us to believe it was right. In retrospect, we would probably decide differently," said Brawn.