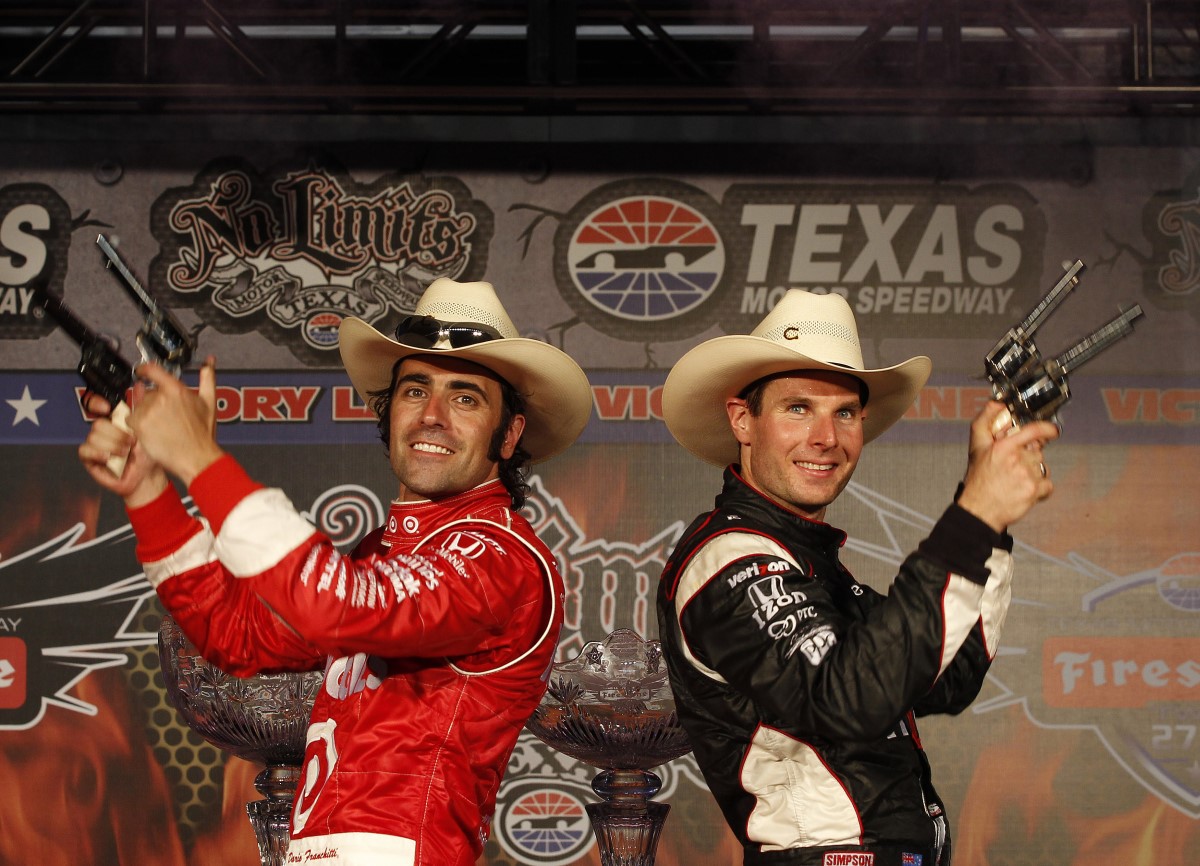 VERSUS' coverage of the Firestone Twin 275s from Texas Motor Speedway had a 12 percent increase in overnight ratings from a year ago, proving the two race format was popular with fans.

According to data from Nielsen Media Research, the prime-time telecast on June 10 produced an overnight rating 0.38 for the twin 114-lap races won by Dario Franchitti and Will Power. Of course that was a 'cable' TV rating. When compared to a national TV rating the 0.38 is equivalent to a 0.32.

As of September 1, 2010, there are an estimated 115.9 million television households in the United States. A single national ratings point represents one percent of the total number, or 1,159,000 households for the 2010–11 season.

Cable penetration (wired and unwired) currently stands at nearly 85% of TV households, so a 0.38 Rating on cable is equivalent to about a 0.32 national TV rating.