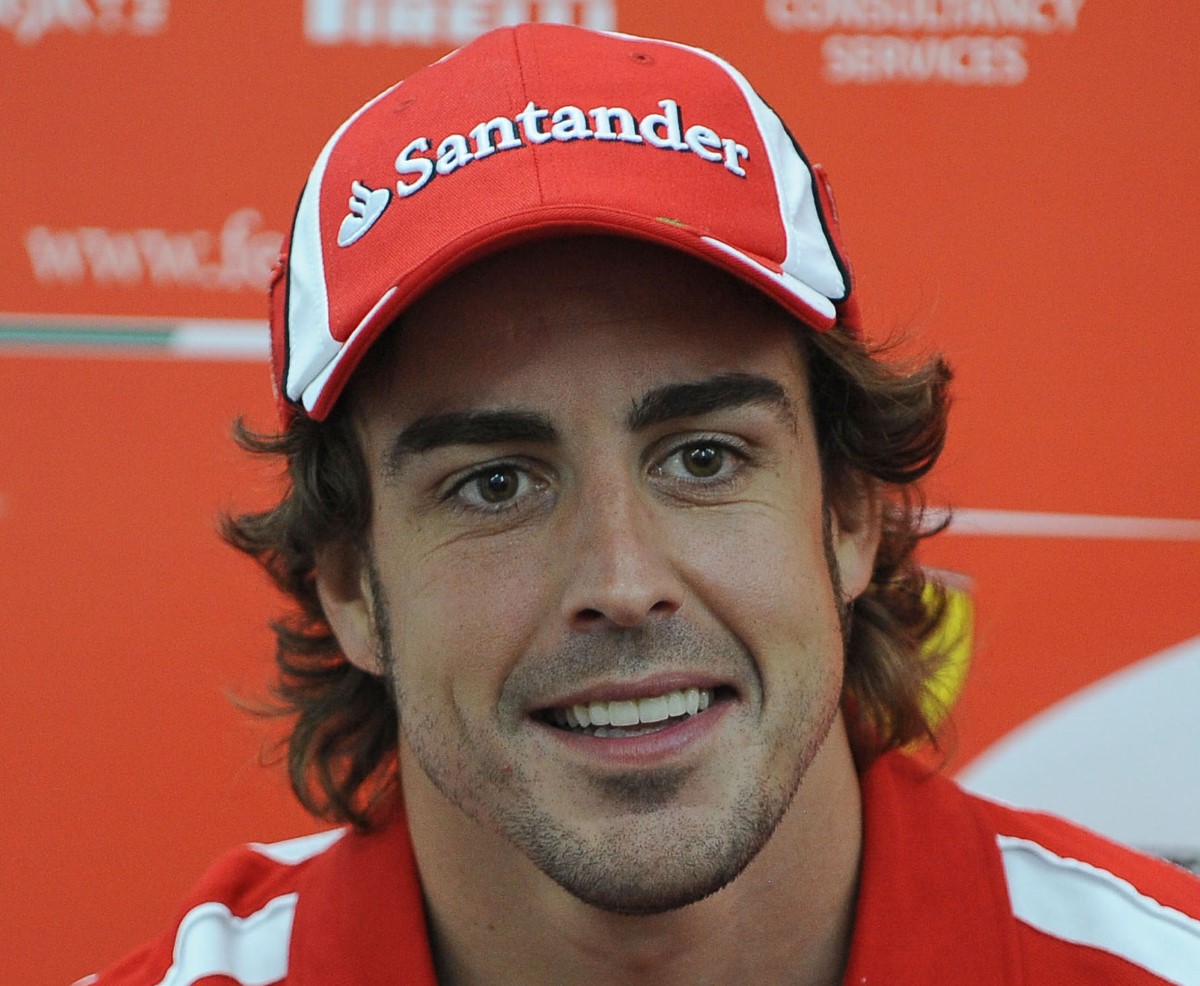 FIA to listen to teams about Bahrain – official
(GMM) A key FIA official has admitted the opinions of the formula one teams will be considered when the fate of the 2011 Bahrain grand prix is discussed this week.

It is during Barcelona's World Motor Sport Council meeting on Friday that the FIA body will either rubber-stamp a new date for the postponed event or cancel it completely for this year.

Martial law in the troubled island Kingdom expires on Wednesday, but the teams are expressing concerns about the fact a 2011 race rescheduling would push out their calendars to an unprecedentedly late December finale.

Some team bosses have made their feelings clear, including Mercedes principal Ross Brawn who said a December finale is "totally unacceptable".

"On Friday, we will need to determine whether teams are against (Bahrain), who is against it, why they are against it — we have some very strong decisions to make," FIA vice president and United Arab Emirates automobile federation president Mohammed ben Sulayem told The National.

Six races into the season, despite Sebastian Vettel's dominance so far, voices are either applauding the spectacle or arguing that the sport has moved too far in the direction of the 'show'.

"People are funny," Francois Dumontier, promoter of the next round on the calendar – Canada – told the Montreal Gazette.

"It used to be that they complained because the same cars were in front all the time. Now they're complaining because there's a lot of passing," he said.

The main reason for the 2011 shakeup has been the heavily degrading Pirelli tires, but another factor is the new 'DRS' adjustable overtaking system.

For the first time, there will be two zones around the Circuit Gilles Villeneuve next weekend where chasing drivers will be able to trigger their rear wings.

"I think the way the FIA are controlling the DRS is perfect. Charlie Whiting is evaluating it race by race and adjusting it to suit each circuit," he added.

One DRS zone will be on the pit straight, and the other on the long run towards the infamous 'Champion's Wall'.

"That's already an exciting zone," said Dumontier, referring to the latter stretch before the final chicane.

"Imagine it with more passing there!" he enthused.

Alonso is in charge at Ferrari – Hamilton
(GMM) Fernando Alonso is among the best in formula one but his situation at Ferrari is unique.

That is the view of Lewis Hamilton, who clashed memorably with Alonso as they were teammates at McLaren in 2007 as the pair reportedly tussled for elusive 'number 1' status.

Alonso decided to leave the British team and is now at Ferrari, where he has just signed a new five-year extension to his existing contract.

Asked by Spain's El Pais newspaper who he regards as the best in F1, Briton Hamilton answered: "We all believe we are the best and that's what you have to do, unless you like to finish second.

"(The best) are Alonso, Vettel and Rosberg, who I've known since I was 13. He (Rosberg) is about to burst through and he will at any time.

"Sebastian is in a great period with Red Bull and has a lot of confidence.

"Fernando is very talented and is fully supported by his team," continued Hamilton. "The whole (Ferrari) team supports and follows him. It is he who leads Ferrari.

"I'm not saying it's good or bad, it's just the route they have chosen," he added.

Petrov 'fine' after Monaco crash – Alesi
(GMM) Vitaly Petrov will be back up and running next weekend in Canada, according to Renault team ambassador Jean Alesi.

Russian Petrov crashed near the end of the Monaco grand prix and, according to Italy's La Gazzetta dello Sport, he was discharged after just one hour following some hospital checks.

"Petrov is fine," former F1 driver Alesi is quoted as saying by AS sports newspaper, "he only got a hit in the ankle.

"It's always a worry when a driver is unable to get out of a wreck, but thank god the car did its job," he added.

Petrov, 26, also confirmed he will be fit for Montreal next weekend, despite fearing immediately after the crash that he had broken his leg.

"At the hospital, they did a full body check and analysis and it looks like I'm fine. I need just a little bit of rest and then we'll see what is going on," he added.

Frenchman Alesi agreed with Petrov that the crash was Adrian Sutil's fault, and said he has been impressed with the Russian's 2011 form.

"His first podium in Australia gave him great confidence and he has maintained that level ever since," he said.

Renault team owner Gerard Lopez said before Monaco last weekend that the Pole will definitely not be returning in 2011, but that he might appear in a Friday practice session.

Morelli hit back, insisting that Fridays are for "rookies". According to some reports, the exchange indicates that if and when the 26-year-old does return to F1, it is unlikely to be in a black and gold-colored car.

Morelli also denied Lopez's claim that Kubica might never be fit enough to return to F1.

"He is getting better all of the time. His condition has improved significantly," the Italian told Finland's Turun Sanomat.

"We should be finalizing the rehabilitation plans in August and with the right training, the physical weaknesses will have been treated.

"For the future we are positive, the specialists believe that Robert will recover completely, and his enthusiasm for racing is the same as before.

"He is closely following F1 as well as rallies," added Morelli.

2012 Mercedes will be 'excellent' – Brawn
(GMM) Nico Rosberg might have to wait until 2012 for an "excellent" car, Mercedes team boss Ross Brawn has admitted.

Within the next few races, the 25-year-old German will clock up the unenviable statistic of having competed in 100 grands prix without a single win.

After a difficult first season with Mercedes, hopes were high at the Brackley based team that the W02 would be a race winner.

"We had to squeeze out pretty much everything to win the championship (as Brawn GP) in 2009, and we paid the price for that (in 2010)," he said in Corriere della Sera newspaper.

"We have all the elements we need to have an excellent car next season," said Brawn.

He also predicted a continued run of success for Red Bull.

"Power in F1 goes in cycles, and normally it's five years. I am aware of this personally since my days at Ferrari," said the Briton.

Meteoric Vettel racing to title – Wurz
(GMM) Sebastian Vettel's dominance this year is not comparable to 2009.

That is the view of Jenson Button, who won the championship two years ago after a start to the season similarly as meteoric as Vettel's this year.

But Briton Button, now with McLaren, claims the situation at Brawn GP in 2009 was vastly different to Vettel's at Red Bull.

"We had no money," he is quoted as saying by f1today.nl. "We had a good car at the start of the season but could not develop it. Red Bull can keep it up."

On every occasion, the driver went on to be champion.

"He is in great form in a great car and a team behind him so that only abnormal things can stop him now," former driver Alex Wurz told Kleine Zeitung newspaper on Tuesday.

"The title for him is at hand."

Monaco to tweak tunnel run-off for 2012
(GMM) Reports this week suggest Monaco is likely to make changes to the run-off at the end of the tunnel ahead of the 2012 race.

Nico Rosberg and Sergio Perez both had high speed crashes after losing control under braking for the corner, raising serious concerns about the barrier that in the past also injured Jenson Button (2003) and Karl Wendlinger (1994).

Asked why the situation seemed worse this year, British commentator Eddie Jordan told the German newspaper Welt: "It's probably a combination of things.

"The new aerodynamics, the tires, the asphalt. It's always been a tricky place.

"The FIA is required to protect the driver to the best of their ability. It has done a lot since then (1994) and it's doing its best: after Rosberg's crash they took away the curbs.

"The place where Perez crashed is protected with special cushioning, but it needs to be considered now what more can be done," added Jordan.

Agreed his BBC colleague Martin Brundle: "I'm sure they will need to make changes yet again to the tunnel exit chicane run off area, but Monaco will remain one of the greatest sporting challenges.

"And that means it will remain dangerous too," he said.

It is believed the reaction for 2012 will be the further moving back of the barrier.

"It's a tricky corner and it's an area where it's very difficult to do anything about in terms of safety because it is what it is," said Button.

"It's Monaco, a street circuit, but I still think we need to look further as to what we can do with the run off there."

Jordan said the danger at Monaco needs to be weighed against its unique place on the calendar.

"I know a lot of cynics in the paddock," he said. "Monte Carlo is one of the old tracks but that myth is part of our show.

"As long as there isn't a catastrophe, it will keep going."