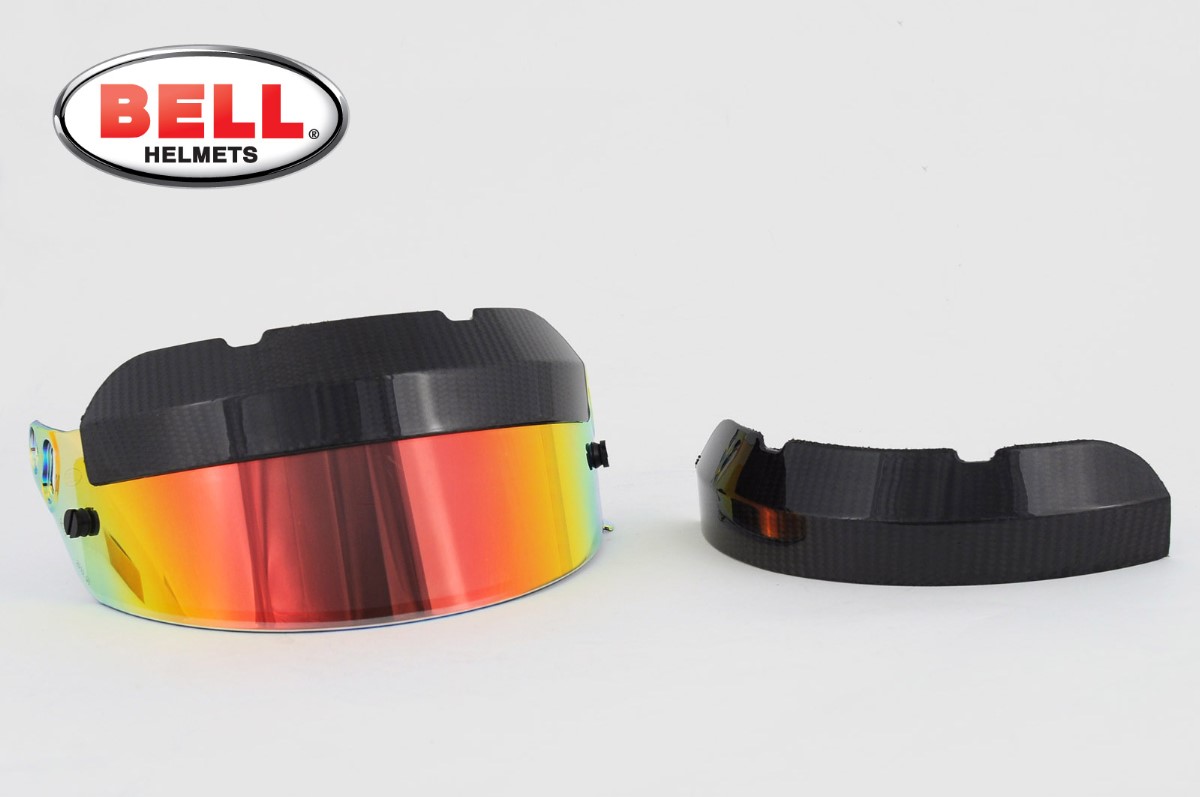 After Felipe Massa's accident in the summer of 2009, the FIA Institute has investigated various ways to improve protection in the frontal area and more particularly the visors of the helmets used in F1. The FIA Institute made various studies with the collaboration of the F1 helmets manufacturers. A series of tests were carried out in 2010 and the results were approved by the WMC on March 8, 2011. These lead to the introduction of a new device called "Visor Panel" with immediate effect. As of today, the use of the visor panel is highly recommended by the FIA and it should become mandatory at a later date.

Bell Racing is proud to have been the first helmet manufacturer in the world to introduce the new Visor Panel during the tests in Abu Dhabi as early as mid-November 2010 when Robert Kubica validated the design and the aerodynamic effect of the added part. Later on, 2011 racing drivers Vitaly Petrov, Sébastien Buemi, Jarno Trulli, Sergio Perez and JérÃ´me D'Ambrosio tested the part successfully in Barcelona.

Bell's visor panels – complying with the FIA specifications – are made of a highly resistant aramid fiber, covered by an external skin of carbon fiber and processed with autoclave technology. The panel weight is approximately 66 grams and is attached to the helmet's visor with a specially developed adhesive.

Bell helmets have crowned the head of victors and have shielded the eyes of thousands of racers since 60 years. And while we can't tell everything they have seen, we can tell you this much: their head always had the most advanced and up-to-date protection, and the launch of this new visor panel this weekend in Melbourne is the illustration of this philosophy.