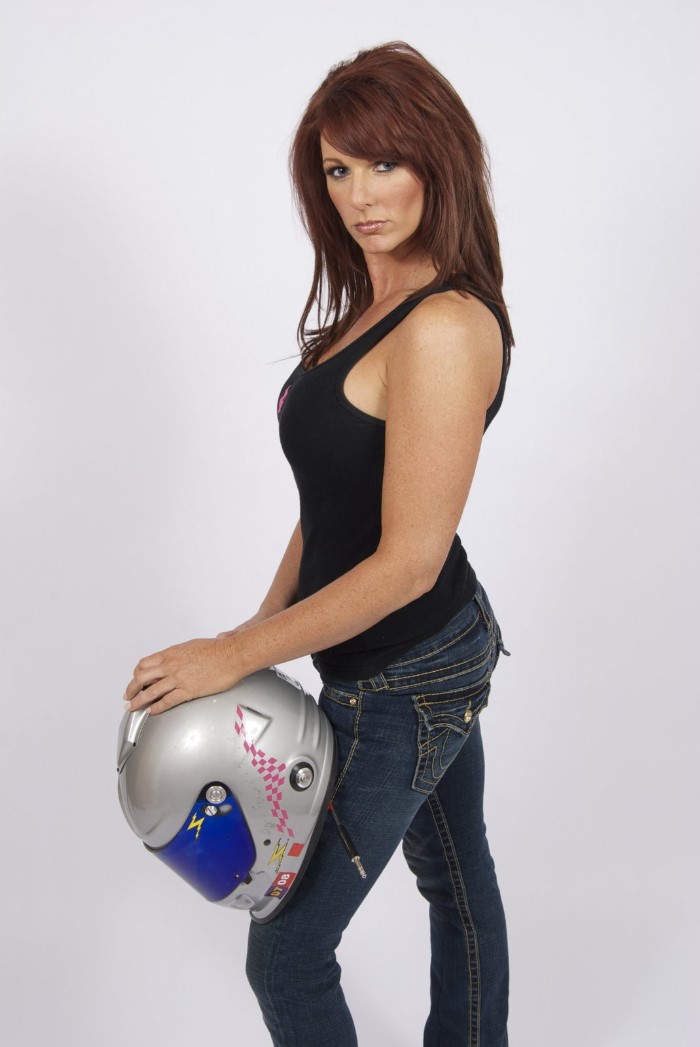 Jennifer Jo Cobb sat down with Steve Byrnes Monday on NASCAR Race Hub on SPEED (7 p.m. ET) to discuss why she refused to start Saturday’s NASCAR Nationwide Series race at Bristol in protest of her car owner’s instructions to start-and-park the No. 79 2nd Chance Motorsports Ford.

Below is the transcript from Cobb’s interview, scheduled to air Monday at 7 p.m. ET.

Byrnes: You were here Feb. 8, and you were so enthusiastic about the opportunity to race. Now, for those who don’t know, there’s been a lot of misinformation out there about what happened in Bristol on Saturday. Essentially, you said moments before the race that you were told to, "start and park." The owner, Rick Russell, who I should say we reached out to and he’s not released any kind of a statement, says he told everybody on the team on Friday. So, what actually happened?

Cobb: “What happened was a severe misunderstanding, and that’s what it boils down to. I can understand Mr. Russell’s position of having to keep his car intact. I’ve always made it extremely clear with anyone that I’ve worked with, I’ve said it to the media, I’ve told my race fans that I won’t start and park. I don’t hold adverse opinions towards start and park drivers or teams. They do it because they have too. I completely understand that. For my career, it’s not a wise decision for me to become known as a start and park driver. And if you do it once, then you’ve done it. I just don’t want to do that. I think that Mr. Russell … he knew that that was my position, and in our team meeting, we talked about conserving the race car. My way, and my crew chief and all of the other crew members standing in the meeting, we’re all on the same page. This car needs to come out of Bristol without a scratch. And I caught up with Derrike Cope at driver intros, and he said the same thing. I’m here to race, and I’m coming without a scratch. I’m going to find a hole and stay out of the way. I said, ‘I’m following you. I’m finding a hole and where you go, I’m going to go, Derrike.’ That’s my program completely. And when we say we can’t race, that’s what I mean. When you race, it doesn’t mean you’re going out there in circles – that means you’re out there passing cars, hunting for the win. I said to Mr. Russell in Vegas, ‘I race.’ I understand here, I have to give, and I can’t actually race that car."

Byrnes: You can’t be as aggressive. I think it’s important to note too, Jennifer, that you had some financial investment in this. It wasn’t just a driver showing up with their helmet bag.

Cobb: “Well normally, I’m responsible for buying the team’s tires. Normally, we buy one set of tires, and that’s all we need for practice. Then we buy a second set, and we qualify on those. Then we buy the remaining tires to finish out the race. I had actually invested in two sets of tires for practice, and I was Tweeting about it all weekend long. ‘Oh my gosh, this is getting so expensive.’ … because we had the Goodyear tire situation. So not only had I already bought tires for the race, but I had bought an extra set to practice."

Byrnes: I read, not putting words into your mouth, that you had heard that Mr. Russell was actually going to put somebody else in the car at California, and that you had a contractual five-race agreement. Is that correct?

Cobb: “Actually, I had heard that rumor on Wednesday (March 16) and I was very upset. That’s all I’ll really say about that because I really don’t want to do anything to try to say something bad about Mr. Russell. He gave me an opportunity to race, and it ended. On February 8th, we were here on Race Hub, career-wise, getting married. Now, we’re getting divorced. We just need to take our stuff, walk away, and focus on the racing. That’s what I’m here to do, is to race. He’s trying to run a race team. I want him and his team to succeed because NASCAR needs competitors. We need to fill the fields at each of these Nationwide races. I am looking forward to knowing that this is going to mean that there’s going to be another team out there on the track. It’s wonderful for the sport. I just want to go racing, and thank God Rick Ware and his team – Rick Ware Racing – have given me the opportunity to do just that. I think that we have an unfortunate set of circumstances, which is just a misunderstanding, that will turn into a positive."

Byrnes: Jennifer, you just said what we have for moving forward. That you’ll be driving the 41 car, I believe, in Fontana, Calif., which is great news. Anything moving forward past that?

Cobb: “It doesn’t look like we’ll skip a beat for the rest of the season. It’s pretty important for me to stay in a Ford Mustang because I’m trying to build a relationship with a manufacturer. I was in Fords all last year in the Camping World Truck Series. One of the coolest things about the partnership with Rick Ware Racing is that there’s a lot of the same philosophies. Yes. Rick Ware has built his start and park cars. The reason he’s done that is to fund his primary cars. I think that Mr. Ware is very excited about racing, and we have an agreement for California, and then we’re going to talk with him, and several other team owners, that have reached out to me, about what to do beyond California. So, we will be there, and we’ll still run for Rookie of the Year. My teammate has become my Rookie of the Year competitor, Timmy Hill, and I said to Rick Ware, ‘How do you feel about that?’ And he said, ‘Well, I’ve just upped my odds at winning that title now, haven’t I?’"

Cobb told reporters she refused to start and park the No. 79 Ford on Saturday. That she had come to the Nationwide Series expecting to race. Russell told FOXSports.com that he wasn’t financially in a position to run the entire race after Cobb totaled the team’s car in Phoenix two weeks ago. The team failed to qualify for Daytona and finished 30th in Las Vegas.

"We totally destroyed our car in Vegas," Russell said. "I had the body totally replaced except the greenhouse, decklid and rear bumper. We had to basically put a new body in the car. We already had our entry in for here. We were coming up here to be very conservative, qualify for the race, make a few laps to get our start money and park the car so we could go on to California where we could race.

"That was all well and good until mid-afternoon when the crew chief (Steve Kuykendall) told me they'd bought tires and they had hired a pit crew. I didn't bring my pit crew with me because we weren’t going to pit stop. I said, 'Where did you get that idea? We’re not pitting.' And he said, 'Well, we already bought tires.' I said, 'I didn’t tell you to buy tires. This is my car. I’m telling you what we're going to do.'

“Well, they took it on themselves to think they were running the show and Jennifer was making the calls. And on pit road, I informed her that she wasn’t making the calls, that I owned this team. So she took her crew and left five minutes before start time."

Russell said that Cobb, 37, rents the ride and provides Kuykendall and other team members, engines and tires.

“The motor she has wasn’t a motor we could qualify with," he added. "We missed Daytona with that motor. We went to Phoenix with that motor and couldn’t keep out of everybody’s way. So I bought a motor for Vegas from Roush and that’s my motor in the car. So I gave her the opportunity to pay me the motor expense — according to our contract — and she refused to do it.

"She was telling me that she was racing today. And I told her I would have her black-flagged. 'You will not race today. We're not here to wreck another car.' Then she walked off." Fox Sports

[Editor's Note: Only in NASCAR do teams start and park for the money. Is this a sport or a circus?]