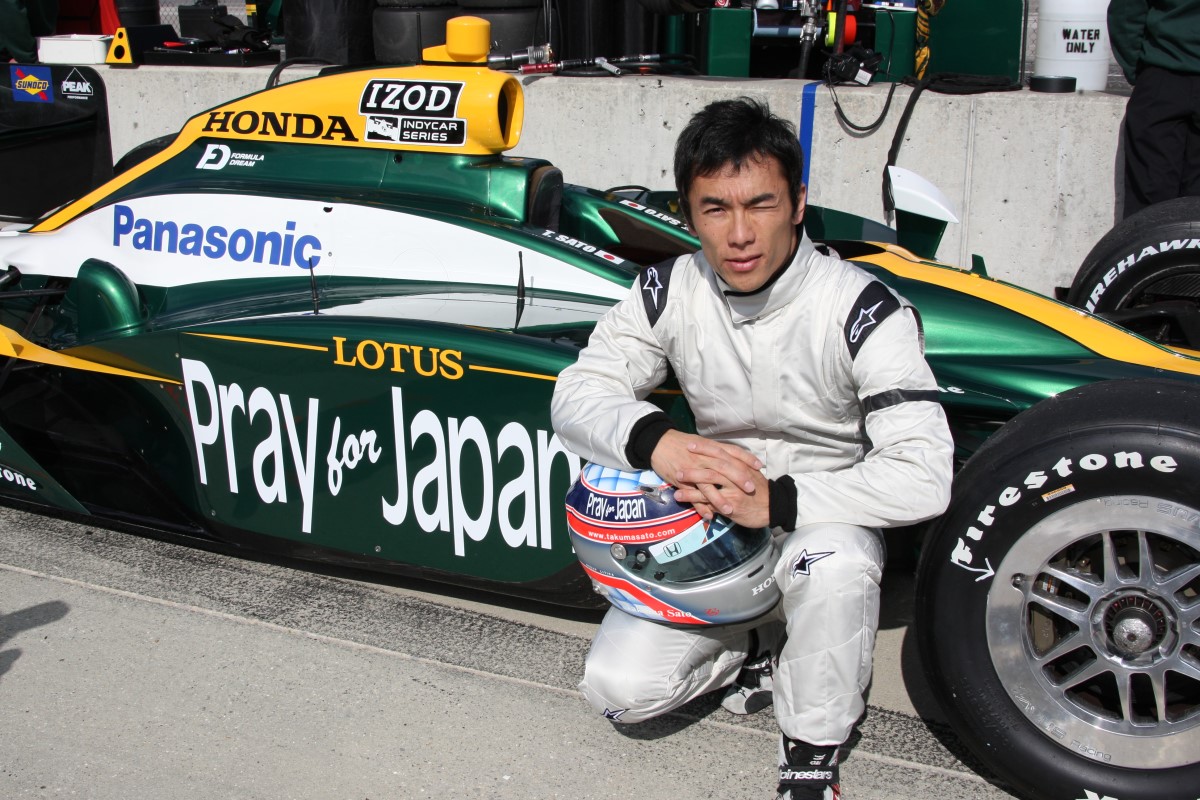 Takuma Sato's heart was aching, he said, as he climbed from the cockpit of his race car late Tuesday afternoon near Birmingham, Ala.

The IndyCar Series driver had just finished an open test for the KV Racing Technology-Lotus team, clicking off the sixth-fastest lap of the day on the speed charts at Barber Motorsports Park. A great result for the former Formula One driver, but the run wasn't foremost on his mind.

By week's end, Sato hoped to be back in his homeland of Japan, which is in the grip of an ongoing disaster following last week's massive earthquake and subsequent tsunami that killed thousands and has left nuclear power reactors in the country on the verge of a meltdown.

Sato talked with the Free Press by phone after parking his Lotus Honda/Dallara, which carried the words "Pray for Japan" on its side pods throughout the day at Barber.

"It's devastating — it was extremely difficult to drive out there today," said Sato, 34, who joined KV Racing in 2010. "I wasn't sure if I could drive the car. But I am committed to the team 100%, and the people who have stepped up for me. But as the day wore on, I just felt worse and worse."

Sato is from the Tokyo area, although he lives in Denver during the racing season. His family still resides in Tokyo and he has been in touch by phone with them daily. They are safe, Sato said, although he is not so sure about all of his friends.

Sato knows the region worst hit by the earthquake and tsunami.

"It's a beautiful place — I've been there a couple times," Sato said. "This damage is unbelievable."

The IZOD IndyCar Series kicks off its season with the March 27 running of the Honda Grand Prix of St. Petersburg (Fla.). The series is scheduled to visit Japan for the Indy Japan 300 at Twin Ring Motegi in Tochigi Prefecture on Sept. 17. The track is about an hour by train from Tokyo.

"I hope we race there later in the summer," Sato said. "It could give some people a boost in energy. We will all need it." Detroit Free Press