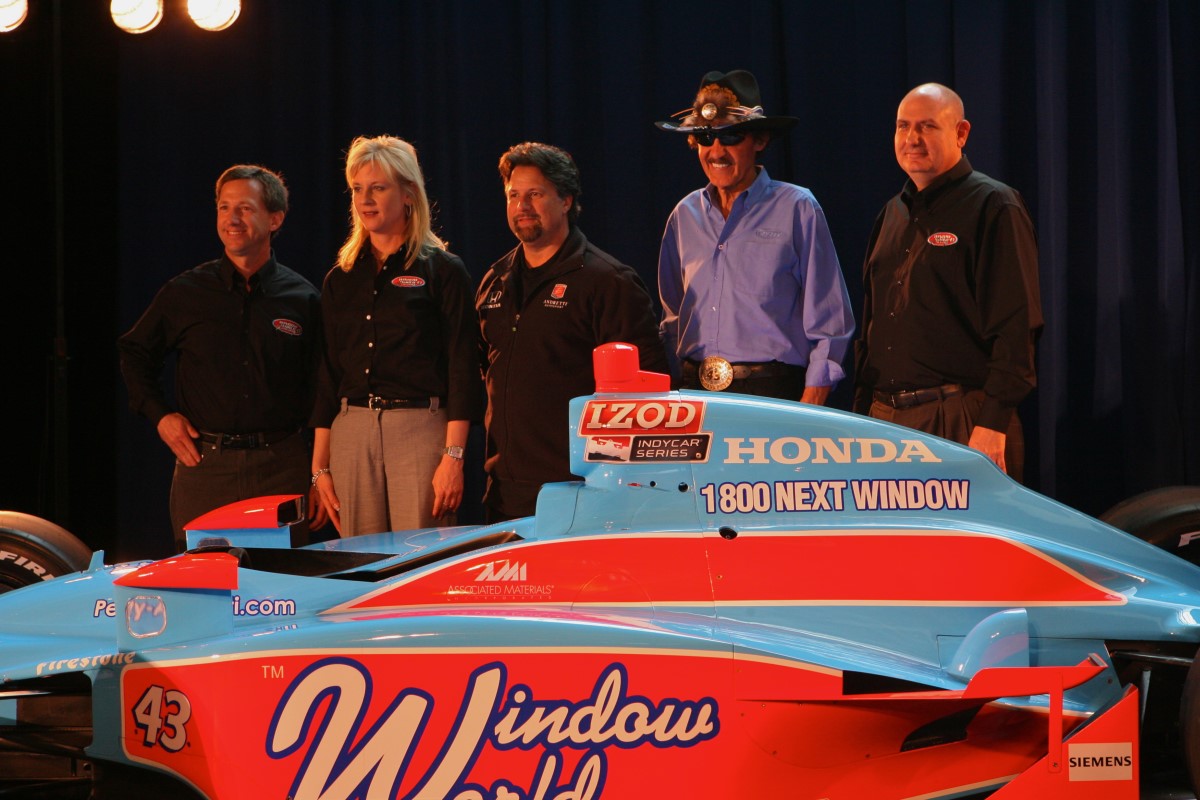 Andretti Autosport announced today it will join forces with co-entrant Richard Petty Motorsports and primary sponsor Window World, Inc., to field an entry for IndyCar veteran John Andretti in this year's 100 anniversary edition of the Indianapolis 500.

John, who has made 11 prior Indy 500 starts including last year's run for the Petty-Andretti combo, will drive the #43 Window World car with a traditional "Petty Blue" and "Day-Glo Red" color scheme. However, the livery featured on this year's entry was inspired by the 1982 race-winning car of Gordon Johncock and designed to commemorate that historic car.

In conjunction with the effort, Window World and ABILITY Magazine have created the "$1,000,000 WIN-WIN" promotion that will provide one, lucky contestant the chance to win $1 million should John win the 2011 Indianapolis 500. That contestant will be selected randomly from a group of six semi-finalists, with five representatives from designated U.S. regions and one representative from the national community of veterans, including active duty, retired and Wounded Warriors. The semi-finalists will also be selected from a random drawing.

John Andretti:
"No matter how many times you've done it before, it never gets old to announce that you're going to run in the Indianapolis 500. To be able to represent Window World again is fantastic, as is the opportunity to work with Richard (Petty) and Michael (Andretti). Winning the Indianapolis 500 has always been a dream of mine. To be able to have another shot at that is tremendous, and being able to make one of our military heroes a millionaire in the process would make it that much better."

Blair Ingle, president, Window World, Inc.:
"What an honor to once again team up with John Andretti, Andretti Autosport and Richard Petty for an Indy 500 effort. We've sponsored John and the #43 Window World car for several years now, and we're always impressed with his talent and integrity – both on and off the track. With the support of Richard Petty and Andretti Autosport behind the effort, we can't wait for the race and to see what John will do this year. And with the Window World and ABILITY Magazine WIN-WIN promotion, we just might make some lucky winner a millionaire!"

Richard Petty, owner, Richard Petty Motorsports:
"As a racer, the Indianapolis 500 is something that you love to be involved in. Heading back to Indy in May with John, Michael and Window World is the way we want to do it and I'm really looking forward to it."

Michael Andretti, chairman, president and chief executive officer, Andretti Autosport:
"It's great for us to be able to put this program together again for 2011. Window World is a great partner, and getting the chance to work with Richard and John means so much to me personally. We learned a lot last year with John in the car and hopefully all of that will pay off for us this year. John is running the race for one reason and that's to win it, so we're going to give it everything we've got."