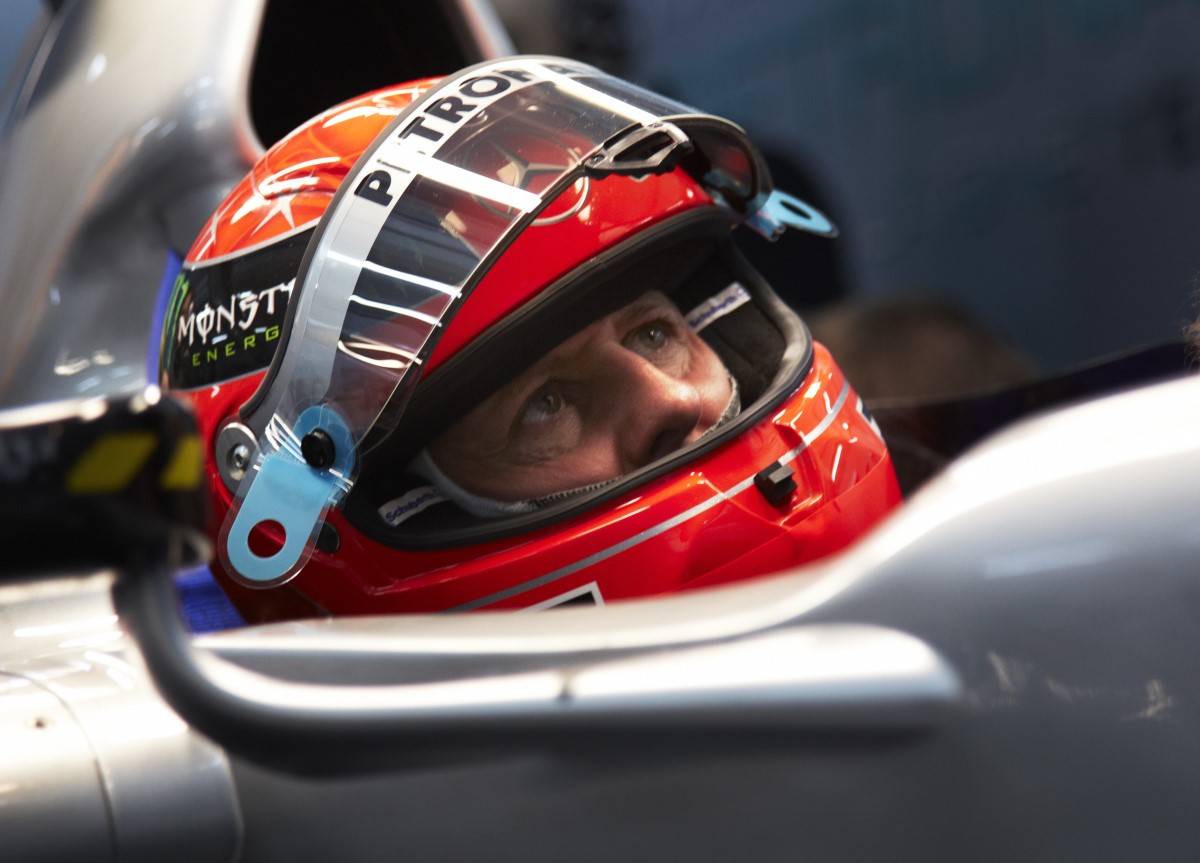 UPDATE Michael Schumacher completed the majority of the MERCEDES GP PETRONAS team's program in Barcelona today on the third day of this week's test, with Nico Rosberg taking over for the final hour of the day.

– The team added further new aerodynamic parts to its upgrade package today
– Michael's program focused on aerodynamic evaluations and qualifying exercises
– He set the fastest time of the day, 1:21.268, during a qualifying simulation
– Nico took over the car at 16:00hrs to experience the new developments on a dry track, ahead of expected rain tomorrow.

The team plan for both Michael and Nico to drive during the fourth and final day of the test tomorrow.

Michael Schumacher: "We have been developing the car step-by-step this week with new parts arriving each day. So our focus today has been on understanding how to get the best from the car now that it is pretty much in its final configuration for the first time. The car has behaved as we expected and it's been a very productive day. We completed our program and I should also be able to get some experience of the expected wet conditions tomorrow."

Nico Rosberg: "First of all, it's super that I was able to do some laps today, given the forecast for tomorrow. It was a good few laps, and obviously now that we have most of the developments for the car, it was handling much better and I had a good feeling. So I'm pretty pleased with the situation and would like to thank the whole team for getting everything onto the car that we wanted. We've made good progress over the winter."

But the F111, designed in-house by the Spanish team after the collapse of a technical deal with Toyota, may not actually run at the Circuit de Catalunya on Friday due to delayed spare parts.

That would mean Hispania, featuring drivers Tonio Liuzzi and Narain Karthikeyan this season, will have just one full day of testing before the season opener in Australia in two weeks.

The car, shown to the world's media in the Barcelona pitlane, does look different to the sluggish 2010 contender, and features an all-new white and red livery.

On track, Michael Schumacher was impressing at the wheel of Mercedes' fully-updated Mercedes car, beating Sergio Perez's Thursday best time despite using only the soft Pirellis — not the super-softs used by Sauber' Mexican rookie.

Elsewhere in the F1 world, McLaren's executive chairman Ron Dennis was banned from driving on the roads for six months following four recent traffic offences in the UK.