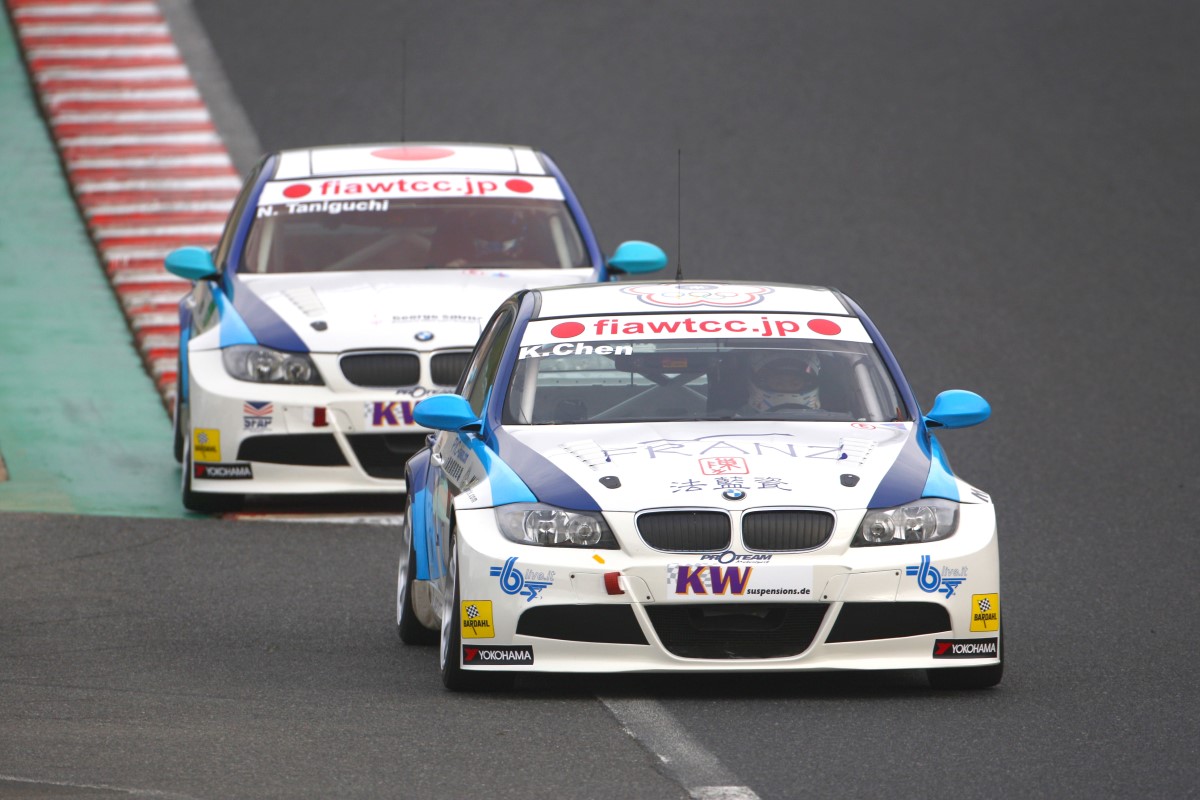 Proteam Motorsport will be racing three BMW cars in the 2011 WTCC. The Italian team was set up in 1997 by Valmiro Presenzini. Since then, they have become one of the top teams in the paddock, winning three Independent Team titles in the process.

At the end of the season, the 2011 USTCC Champion will travel to one of the scheduled test dates and try out one of the Proteam’s WTCC spec race cars. “The rest is up to the winner to impress Proteam’s staff. We have some amazing drivers in the US and we want to show the world that our drivers can compete at the highest levels," said Ali Arsham, Director of the USTCC. There will be lots of action in the 2011 USTCC season as the drivers will now have even more at stake to win the title. In the past, many of the previous champions have moved on to higher levels of motorsports.
For more information, visit www.ustcc.com or www.fiawtcc.com.

The FIA World Touring Car Championship (WTCC) is one of only four official FIA World Championships. The others are Formula 1, World Rally Championship and the FIA GT1 Championship. The WTCC races worldwide with races in Europe, the Americas, Asia and Africa with drivers from 17 countries represented. The WTCC is shown on 75 TV channels in 160 countries.

The Nitto Tire United States Touring Car Championship (USTCC) is America's most exciting touring car racing. Cars are mass produced sedans, coupes and hatchbacks with chassis and drivetrains that have been modified for maximum performance. The USTCC is supported by many manufacturers and aftermarket companies that want to see their products used in action. The USTCC can be seen on TV in the USA on Final Drive TV and worldwide on the Internet on www.finaldrive.net.

"The US market is very important for car manufacturers and this is why we are seriously taking into consideration the idea to hold a WTCC event here," Lotti said.

“Because one of our priorities is to establish friendly relationships with national touring car series worldwide, the logical step was to contact Ali Arsham, whose championship makes the Super 2000 cars eligible among other classes.

“We have started working together with the aim to organize a common event for next year.

"USTCC director Arsham added: "It would be an honor for the USTCC to contribute to bringing the WTCC to the United States. Sharing the same event would be a terrific benefit for both championships and I'm looking forward to working together.

“The next step will be choosing the right location and date for a common race meeting.

"The USTCC is made up of seven events, spread between Sears Point, Thunderhill Raceway and Buttonhill Raceway.