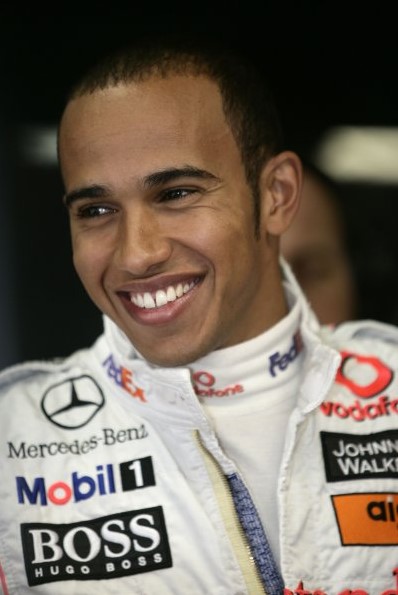 Pirelli making F1 'painfully slow' – Hamilton
(GMM) Formula one has shifted down a gear for the 2011 season, according to Lewis Hamilton.

The 2008 world champion says that although adjustable rear wings and KERS have upped the drivers' workload, the Pirelli tires have made the cars slower.

"I did (a) run the other day and it was painfully slow, it really was. Just not exciting, to be honest," the Briton is quoted by the Guardian.

Hamilton, whose boss Martin Whitmarsh last week urged the sport to ease its critique of F1's new tire supplier, is the latest voice to openly criticize Pirelli, revealing he was "down to the canvas" after a 9-lap run in testing.

"We want good and safe tires, but with low durability for the races in the interests of the show," Spain's AS newspaper quotes Virgin technical director Nick Wirth as saying.

Alonso not keen on future as team boss
(GMM) Fernando Alonso doubts he will one day sit on the formula one pitwall as a team boss.

The 29-year-old Spaniard is set for a long and happy tenure with Ferrari, but was asked by the Marca sports daily if he is already thinking about life beyond the cockpit.

Asked if team management might be an option, Alonso answered: "Today I would say no, because what I like is to drive.

"But it will be hard to leave F1 one day because I've been driving all my life," he added.

But when he does decide to retire, Alonso explains: "I think I will prefer to spend the weekends having fun in a kart rather than doing some other job."

The two-time world champion said F1 drivers' "greatest sacrifice" is to "dedicate our first 30 or 40 years exclusively" to racing.

He said supporting a talented young driver, or working on race driver education at his own kart track in Asturias, might also be options for his future.

McLaren not ruling out own engine for F1 – Whitmarsh
(GMM) Martin Whitmarsh has refused to rule out McLaren building its own engine to race in formula one.

The Woking based outfit has produced its own 3.8 liter twin-turbo V8 engine for the new MP4-12C production sports car.

"We are ruling nothing out, because we are an ambitious team," team boss Whitmarsh reportedly told Motor Sport.

"Formula one is the third largest sporting event in the world and the best environment for brands to differentiate.

"Comparing the cost (of producing a F1 engine) with the 4,500, then that's probably not the right business model," Whitmarsh is quoted as saying in German reports.

"If it does not attract any new car manufacturers (to F1), one of the main goals of the new regulations will have been missed," he said.

Whitmarsh admits F1 circuit design problems
(GMM) Martin Whitmarsh has weighed into the debate about circuit design in formula one by agreeing that the sport has missed some new opportunities.

In 2011, it is hoped that adjustable rear wings, KERS and the extreme degradation of the new Pirelli tires will contribute to improving the on-track 'show'.

But Sir Jackie Stewart recently pointed his finger at the design of the sport's newer tracks.

"Think of the airport tracks like Cleveland with the wide corners and more than one possible line and you can see how easy it can be," McLaren and FOTA chief Whitmarsh reportedly told Motor Sport.

But Whitmarsh said it is not right to be critical of the organizers of – for example – the Abu Dhabi grand prix, whose spectacular Yas Marina venue hosted an uninspiring finale to the otherwise thrilling 2010 championship contest.

"On the other hand," he acknowledged, "you could call it an opportunity missed if they have one of the longest straights in formula one and a chicane at the end of it with only one possible line.

"Brazil is a good example," German reports quote him as saying. "The facilities are not good but the races are fantastic.

"So when you start something new in the desert and with no apparent structural or financial limitations, it is a pity that we don't go the easy route and copy some of the greatest corners in the world," added Whitmarsh.

World champion Sebastian Vettel admits that he hopes the overtaking aids this year do not make passing in F1 commonplace.

"When you do overtake, it should be something valuable — a major achievement, like a goal in soccer," he told Sport Bild.

The daily Vecernji List said the FIA, Bernie Ecclestone and regular formula one track designer Hermann Tilke are keen to support the project set for just outside the capital Zagreb.

The report said the estimated budget is EUR 250 million, funded by private investors, with the Croatian government to support the project in terms of easing bureaucratic obstacles.

The project would take more than 18 months to complete, added the report.

At the weekend, thousands of Croatians marched in Zagreb demanding the fall of the government amid a financial crisis and allegations of corruption.

The country is not yet a member of the European Union.

Pirelli says tires not designed for Schumacher
(GMM) Pirelli did not design its 2011 tire, or the product's forthcoming development program, with any specific driver in mind.

Some drivers, notably Felipe Massa and Michael Schumacher, struggled on last year's Bridgestones and saw the arrival of Pirelli as an opportunity to race on tires more suited to their driving style.

So far, drivers who favor stronger front grip and oversteer are reportedly enjoying the characteristics of the Pirellis.

But the Italian marque's motor sport boss Paul Hembery insists: "We did not design our tires for the specific needs of a driver like Michael Schumacher in mind."

Hembery revealed that when the German did a race simulation in Barcelona recently, he stopped three times for new tires.

"For the strategists but also for the drivers, the races are now an even greater challenge," the Briton told Auto Bild.

Separate criminal proceedings are currently ongoing in Italy in respect of the wrongful disclosure of confidential information, as a consequence of the filing by Force India F1 Team Ltd. of a complaint with the competent authorities. In respect of these proceedings, articles in the Italian press have recently revealed that Tony Fernandes, Mike Gascoyne and Jean Claude Migeot have been formally charged.

No further comment will be made until the hearings have concluded and a decision announced.

In October 2009 Force India F1 Team Ltd. started criminal proceedings by filing a complaint against unknown persons with the competent Italian authorities for the illegitimate disclosure of confidential information.

Force India believes that Aerolab Srl. may have, during the course of its contract with the team, disclosed Force India F1 Team Ltd.'s intellectual property to 1 Malaysia Racing Team Ltd. and Mike Gascoyne, with whom Aerolab Srl. was at that time working through a sister company. The intellectual property was used in the development of the Lotus T127.

Force India F1 Team Ltd. believes that the evidence retrieved during the investigations carried out by the Italian authorities that such a transfer took place.

Such evidence was therefore submitted to the UK Courts. The civil case with be heard week commencing 16 January 2012 and will now deal with the IP infringement and the services of Aerolab Srl. to Force India F1 Team Ltd.

Wait a couple of weeks for Kubica verdict
Eric Boullier concedes it is still "very early" to tell when Robert Kubica may possibly return to Formula One.

The Polish driver remains in hospital in Italy following three operations to repair the damage he suffered in a rally accident.

Kubica's main injury, though, remains a concern as the Lotus Renault's driver's right hand was almost severed in the accident.

And although Kubica is determined to return to F1, even stating he wants to be back in action this season already, Boullier admits it is too soon to judge when he may comeback.

"He's progressed very well, and his recovery is going as well as you would dream when in that state," Boullier told the BBC Radio Five Live.

"It's still very early, he's just started his rehabilitation this week, and the hand and the elbow are two tricky parts that got injured in the accident.

"We still need to wait a couple of weeks, I think, to have a clear understanding of the recovery.

"It's not easy for him to understand (how the recovery) will go and now morale is difficult for him as well because obviously you realize how tough it will be to work and be back."

However, the Lotus Renault team boss says everyone in contact with Kubica has been "surprised" by the Pole's positive attitude.

"He surprised everybody at the hospital in Italy. All the doctors came to me and said they were amazed about how his mental state could be so strong, and he was even smiling – it was an example for the department."

HRT 'not worried' by Narain's lack of pace
A spokesman for Hispania Racing insists they are not worried about Narain Karthikeyan's lack of pace during the recent pre-season test at Barcelona.

Hispania Racing spent three days testing at the Spanish circuit, running Karthikeyan against Tonio Liuzzi and Giorgio Mondini. However, the Indian driver, who has been confirmed for this year's Championship, proved to be the slowest of the three.

He was over a second behind Liuzzi, although they ran on different days, and more than two seconds down on Mondini when he was up against the Swiss driver on the Sunday.

Hispania, though, insist Karthikeyan's lack of pace is not cause for concern.

"We're not worried about the results of the test," a Hispania spokesman told ESPNF1.

"Everybody knows that the lap times during a test is not the most important thing, because the teams use the test in order to prove and make changes in the car."

Hispania is the only outfit yet to confirm their complete 2011 line-up with the spokesman adding that they may wait until the eve of the Australian GP to do so.

The event, organized by Ferrari sponsor and Marlboro parent company Phillip Morris International, involved the Brazilian driving around 40 guests at the track in a Ferrari F430 challenge. Also present was Team Principal Stefano Domenicali, watching the action from the pit wall.

“The track is very interesting and fun, so I hope I get a further opportunity to drive here. At the moment, our work in the build up to the start of the World Championship is intense and so we have to get back to base soon."

“Events and venues like these are important to boost motorsport in countries which have only recently embraced it," Domenicali added. “For Ferrari, the Middle East is a very important market which we watch very carefully."