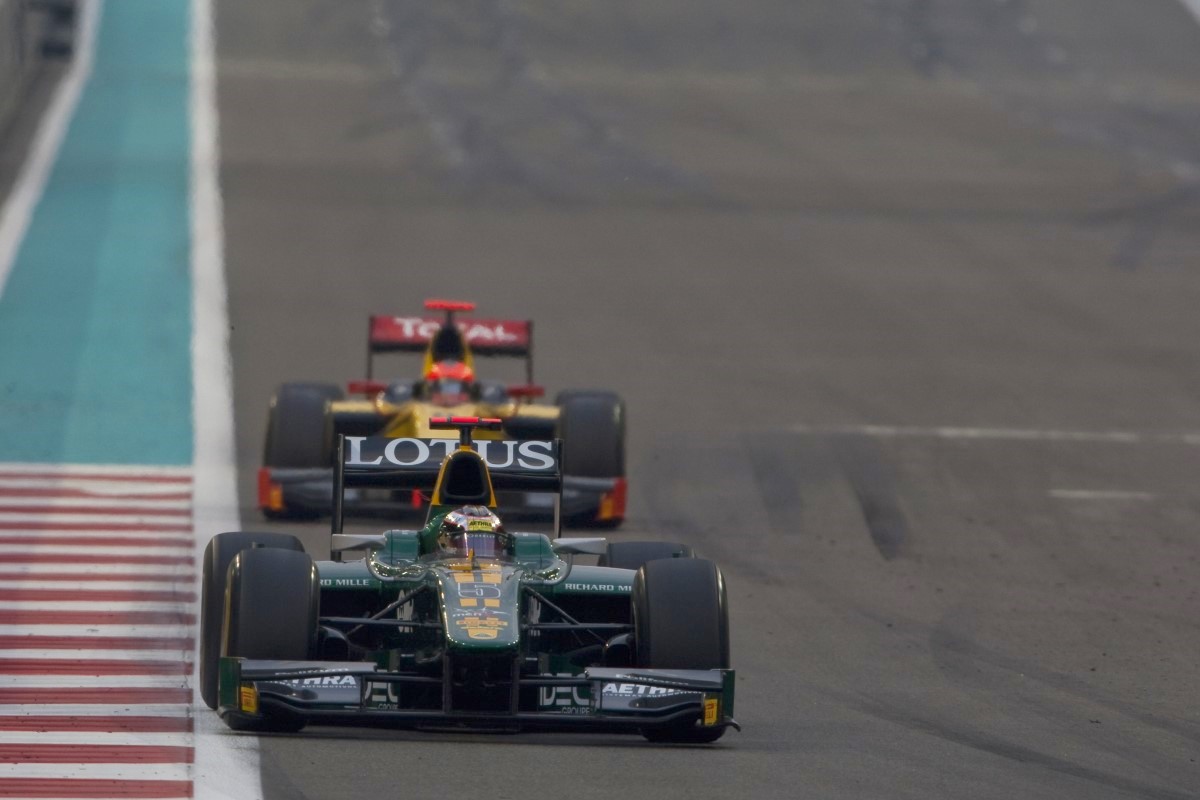 UPDATE Added photos to story below.

It was an all-French front row today at Yas Marina Circuit for the first race of the 2011 GP2 Asia Series, with Grosjean ahead of Bianchi. But the Dams racer was slower to take off at the start and it was the Lotus ART man who took the lead before the first corner. Bianchi kept Grosjean at bay in the following corners while Valsecchi managed to keep P3.

Behind, it was mayhem as Racing Engineering Dani Clos stalled on the grid from P4. Most of the field managed to avoid his car, but Team AirAsia’s Liuz Razia was unable to see Clos’ car until the very last second and barely had the time to turn to the right. He collided with the Spaniard’s car quite violently and went flying over it, crashing into the wall a few meters later. Bits and pieces were scattered all over the start/finish line and the race was red flagged in order to clean the track and retrieve the two badly damaged chassis along with Dams’ PÃ¥l Varhaug’s car – the Norwegian also a casualty of the crash.

The re-start took place almost thirty minutes later and behind the safety car. Bianchi managed perfectly to keep the lead and from then on Grosjean put pressure on his fellow countryman, coming really close to him, but never able to overtake. The 2008 GP2 Asia Champion went wide several times, closed the gap again, but it was just impossible for him to steal the lead from Bianchi who drove flawlessly.

Valsecchi on the other hand kept his position, but was unable to match the leaders’ pace. Towards the end of the race, the Italian saw Addax’s Giedo van der Garde and iSport’s Marcus Ericsson closing in on him, the Swede passing the Dutchman in the very last lap.

In the dying minutes, Bianchi set a string of fastest lap times to add a bonus point to his ten-point win. At the checkered flag, the Frenchman savored his first win since 2009, 6.6 seconds ahead of Grosjean, and became the first leader of this fourth season.