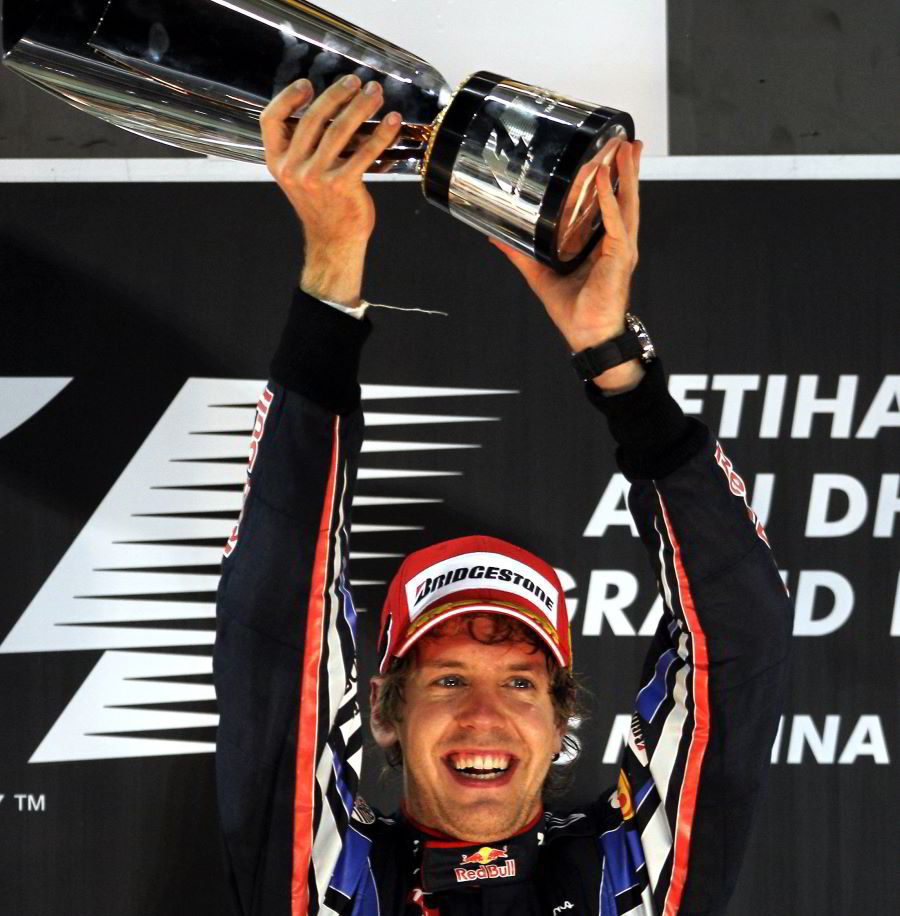 While Sebastian Vettel may have been won the Drivers' title nearly a month ago, the Red Bull driver had to wait until this week to be handed his trophy.

FIA chief Jean Todt presented the German with his trophy at the FIA's annual prize giving gala in Monaco on Friday night, with the 23-year-old now officially crowned the youngest if F1 World Champion.

"This is an amazing evening for me and for the Red Bull Racing team. I'm thrilled to be here to collect the Driver's Championship Trophy, something I have dreamt of since I started racing, said Vettel.

"Winning the Championship is unbelievable; it marks an incredible season for us, with many ups and downs. We kept believing in our team, in our car and enjoyed every race.

"I would really like to thank all the Red Bull Racing team and Renault Engines for their efforts and dedication in ensuring we had such an amazing car this year. I am extremely proud of the success we have achieved together," he added.

On collecting the Constructors' trophy, Red Bull team principal was full of praise for both Vettel and his team-mate Mark Webber who finished third on the Drivers' standings.

"This has been a tough but incredible year for Red Bull Racing. Being presented with the Constructors' Championship Trophy is the perfect end to what has been an outstanding season for us," said the Briton.

"I would like to thank Sebastian and Mark for their hard work and dedication this year. Seb is the youngest ever Formula One World Champion and a very deserving one at that. His success is down to what he has done on the circuit and the team is immensely proud of what he has achieved.

"Mark has also done an incredible job this year. He took four grand prix victories and drove superbly this season. Both men are incredibly skilled drivers and it is a great pleasure to have them as part of our team," he added.