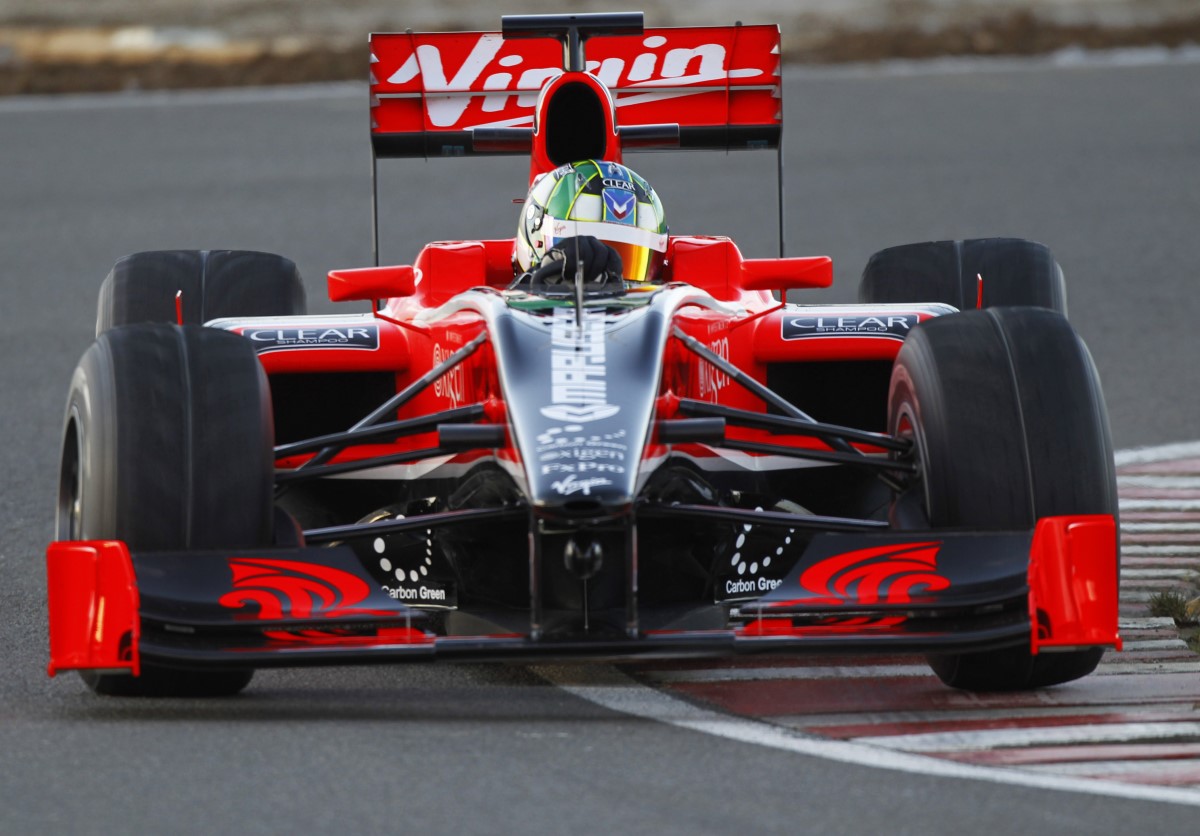 Slow teams to vote against quali split – Whitmarsh
(GMM) A team bosses meeting in Barcelona is likely to knock on the head the concept of a 'split' initial qualifying session for Monaco.

Some drivers want the split so that cars with vastly different speeds are not tangled up in traffic on the Principality's famous twisty curves.

"I expect teams from the middle of the grid downwards to vote against dividing qualifying," said FOTA chairman Martin Whitmarsh before the meeting on Sunday.

After a cold and overcast start to the day at the Circuit de Catalunya, the sun is now shining with two hours to go until the race.

Predicted rain should hold off until after the checkered flag.

Meanwhile, occupants of the paddock are relieved to hear that Barcelona airport was reopened on Sunday due to the volcanic ash cloud moving on.

But with next week's grand prix to be held in Monaco, Spanish radio said the cloud is now heading to the south of France!

"In recent weeks the wind tunnel data is no longer going over to the track," said the Brazilian, who failed to make it through the Q1 session on Saturday.

Barrichello is quoted by Auto Motor und Sport as admitting that the British team's Barcelona upgrade did not work.

"Since the last test in February we have made little progress compared to the others," he said.

A few tenths behind teammate Nico Hulkenberg in qualifying, he is also concerned about the early performance of Williams' new engine supplier Cosworth.

"I had an older engine in the car than Hulkenberg," he said. "Nico was 7kph quicker than me on the straight. The difference is too great."

Barrichello will also start the Spanish grand prix with a new helmet, after stones flicked up by Lewis Hamilton damaged the helmet he used in qualifying.

Schu says manager wrong about 'no sponsors' claim
(GMM) The relationship between Michael Schumacher and his long time manager Willi Weber appears to have cooled.

Schumacher's spokeswoman Sabine Kehm has this year taken over the day-to-day management of the seven time world champion, although Weber is still involved in merchandising and sponsorship.

Weber, who guided the German throughout his ultra-successful initial career, said this week that he senses a "Schumi-tiredness" within the public that could explain low merchandise sales in 2010.

The 68-year-old also said "Vettel is the new Schumi" commercially, while it is "easier to find a 50-year-old virgin" than sponsors.

Schumacher said in Barcelona: "Some of the things he said I cannot understand.

"Sabine has actually been very successful in finding sponsors, and nearly at every race the team has a new sponsor. It is his view," the 41-year-old told Bild-Zeitung.

Grosjean to reappear in Monaco for F1 talks
(GMM) Romain Grosjean has revealed he will also be seen in the paddock at next weekend's Monaco grand prix.

In the wake of his partial rookie season with Renault in 2009, the 24-year-old Swiss-Frenchman is in Barcelona this weekend.

"I came to see a few people, make some contacts and show that I'm still around," said Grosjean, who replaced the sacked Nelson Piquet at Renault last year.

"I am not hiding that my number one goal is to return to F1," he added after being spotted in conversation with Peter Sauber.

"I am aware that it is a matter of luck and opportunity and that it is not easy. I am open to the idea that other categories could be a solution for me," added Grosjean, who revealed that he will contest Le Mans next month.

He said he will follow F1's travelling circus to Monaco after Spain.

"I will be in Monaco and definitely at some other European grands prix to continue negotiations," said Grosjean.

Ferrari to make F-duct 'more comfortable' – Alonso
(GMM) Ferrari will tweak its F-duct system so that it is more "comfortable" for the drivers, Fernando Alonso has revealed.

On Saturday he played down suggestions the Italian team's blown rear wing solution is dangerous because it is activated by the drivers' left hand.

But he told France's Auto Hebdo: "In the simulator we practiced with this method so that now it is automatic.

"But in the future we will find a more comfortable solution for the drivers," added Alonso.

The Brazilian rookie was the slowest qualifier in Barcelona, some four tenths behind his teammate Karun Chandhok.

"There is something wrong at the back and we have still not found what it is," he is quoted by Brazil's Globo.

"I only know that it has been eating up the tires. Perhaps the floor is loose, we don't know, but whatever it is, it's serious," added the 26-year-old.

"If we don't find what it is then it is possible I will have to make several pitstops, because the tires are not going to last," Senna concluded.

Massa still cool on Alonso's pit entry pass
(GMM) Felipe Massa is not sure he would attempt to overtake his teammate on a pit entry road.

Fernando Alonso caused a stir in China three weeks ago when he passed the sister Ferrari driven by Massa on the way into the pits.

When asked if he would do it again, the Spaniard answered recently: "Absolutely yes."

But amid rumors of growing tension between the red-clad pair, Massa was asked the same question by the Spanish newspaper Marca.

"Maybe not," was the Brazilian's response.

When asked to elaborate, Massa said: "I don't know, only maybe not. What I mean is that there could have been an accident, but actually it (Alonso's pass) was successful because I messed up the previous corner."

Asked if he would try a pit entry move if Alonso also messed up a preceding corner, the 29-year-old insisted: "Maybe yes or maybe not, who knows."