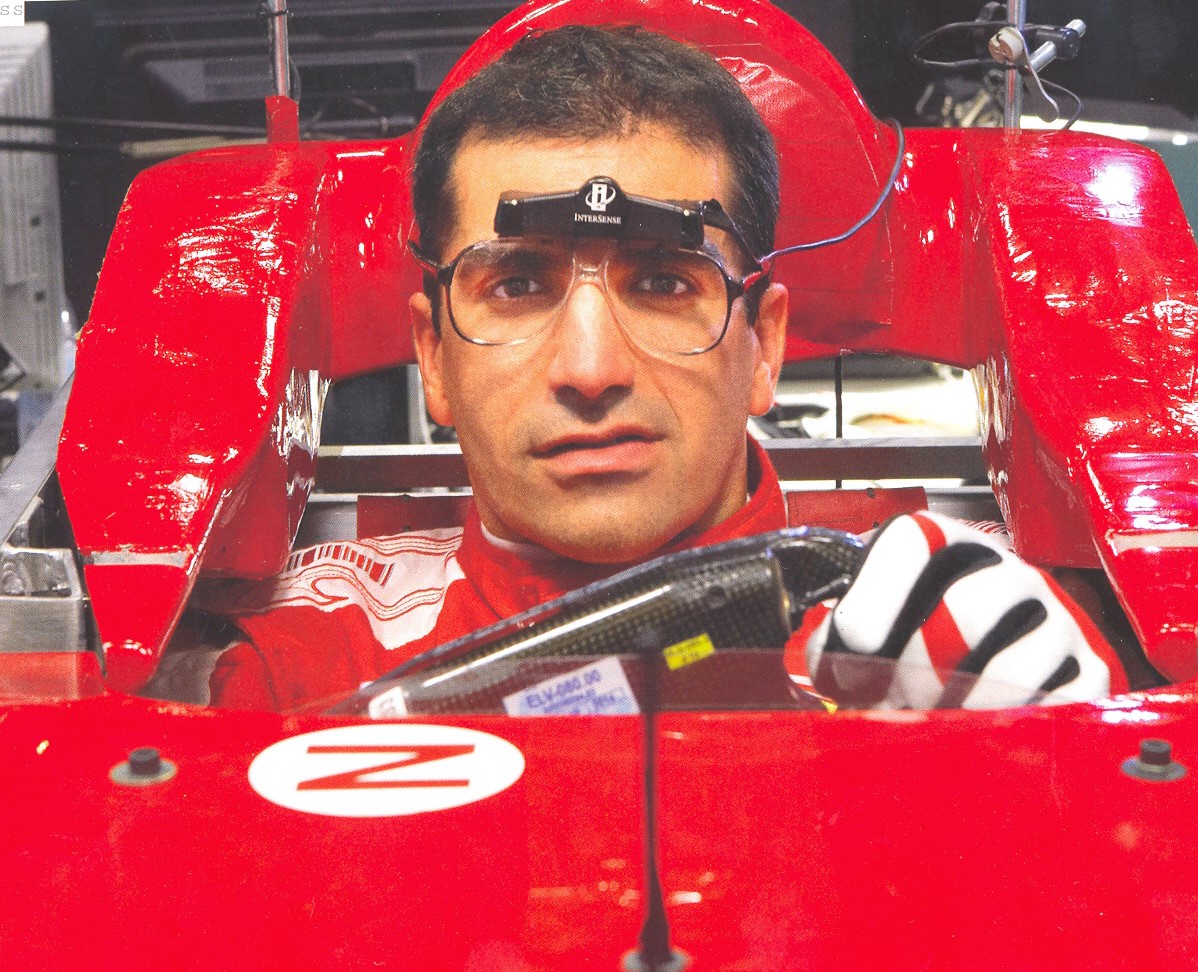 The Ferrari Formula 1 team unveiled the team's brand-new simulator in Maranello. Tuesday's ceremony took place in the structure built to accommodate the new machine. The first virtual laps at the wheel of Ferrari's simulator were driven by Ferrari's Andrea Bertolini. It's an important day for us as the completion of this project means we will now be able to tackle with confidence some of the challenges that make up modern-day Formula 1, while putting Ferrari at the cutting edge in terms of this technology," said Ferrari F1 team boss Stefano Domenicali. "Furthermore, I am pleased that such a complex project as this, which got underway around two years ago, has been completed on schedule thanks to the efforts of all those who worked on it."

The first virtual laps at the wheel of the simulator were driven by Andrea Bertolini, who worked with the Prancing Horse engineers on the development of the project, having gained a great deal of experience over the past few years, working on the simulator at the FIAT Research Centre.

The Ferrari simulator, built with the technical support of Moog, consists of an aluminum and composite structure in which are fitted the cockpit and the equipment which produces the images and sound. The platform weighs around two tones and is fitted with electronically controlled actuators that way around half a ton each. The whole structure is fitted on a specially designed and built base, weighing two hundred tons.

The whole is controlled by ten multiprocessor calculators with a total memory of over 60 GB of RAM: the amount of data that can be produced is around 5GB per day. It features a Dolby Surround 7.1 sound system, putting out 3500 W. The installation required over ten kilometers of cabling and power output is around 130 kW.

The simulator is housed in a building measuring around 180 square meters, on two floors, which includes the control room. The platform covers a surface area of around eight meters wide by the same length and is six meters high. The driver is installed in front of five displays, which give a total viewing angle in excess of 180Â°.

In the Formula 1 of the future, the use of simulation techniques will become ever more important and so, after many years working with the FIAT Research Centre, Ferrari chose to take the very important step of building a simulator based on a specification that places it at the cutting edge in this area.

To get a better understanding of the subject, www.ferrari.com brings you an exclusive interview with Marco Fainello, Head of Vehicle Performance and the design of the simulator.

Can you start by explaining what exactly is a simulator?

“Basically, it consists of a Formula 1 car cockpit, surrounded by images that a driver would see if he was at the wheel of a real car, including what can be seen in the rear view mirrors. The cockpit, fitted with identical controls (pedals, steering wheel and so on) as used on track, is mounted on a platform which transmits signals from electronically controlled actuators, which can reproduce every possible movement in all directions, thus putting together everything a driver could feel if in a car. It is impossible to exactly reproduce every movement of the real car because that would require a space as big as a real race track: therefore techniques are used to select and replicate some of these movements in a way that is compatible with the space available and that are also useful in terms of getting the driver to experience some of the sensations he would feel on a track."

What does the driver see when he is in the cockpit?

The track is replicated on a specific computer that uses a faithful 3D reproduction, including objects found at the side of the track and in the background, the track itself, it’s characteristics in terms of curbs, and the actual track surface. Furthermore we have imaged data relative to the position of the sun and shadows that this creates and we can modify some external parameters, such as air and track temperature, as well as wind direction and strength."

What is the real scope of a simulator?

No driving simulator is capable of reproducing the real feeling that a driver experiences in a car: the sensitivity of human beings and expert drivers such as those in Formula 1, is too high to create the impression of being in a real car, when driving on a non-straight course while sitting in a room. Nevertheless, simulators can provide some sensations (visual, forces, movement, vibration, noise) which in some areas are identical, in others are similar or in others still, are different but close enough to real ones. This means it is possible to drive a model of a virtual vehicle, experiencing sensations that can be referenced to a real one. With a sufficiently experienced driver and engineers, who analyze the results, it is possible for a simulator test to produce data useful to the development of the car and in terms of how the driver interacts with the handling and the controls on the vehicle. All of these elements come together with the advantage of being able to carry out various tests in total safety, reducing costs in terms of logistics and equipment, saving time and without being at the whim of the weather, which can be set and maintained to whatever one wants. Finally, with similar results, the simulator reduces the effect on the environment, compared to a real test, using much less energy than if the same tests had been carried out on track."

Can one say that the simulator can totally replace on-track development?

Driving simulators can definitely not replace real track testing, but like many other calculator-based methods and test benches (in fact, this piece of equipment is a mix of both these methods) it can contribute to the design and development process for new parts that can be used on the car, thus reducing costs and saving time."