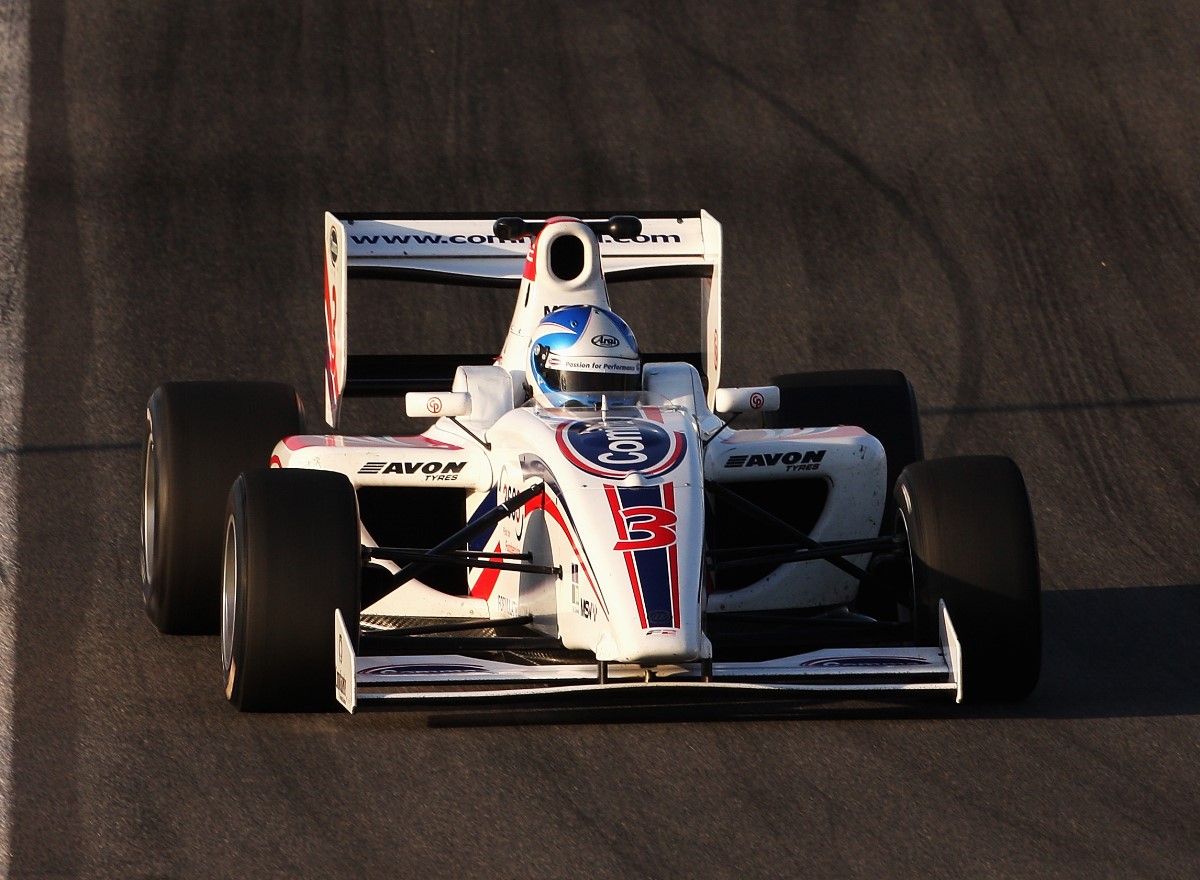 Jolyon Palmer has impressively set the ultimate pace during the final day of Formula Two winter testing in PortimÃ£o, Portugal.

The young Briton closed out the final Formula Two action of 2009 with a fantastic display in the second afternoon session. The 18-year-old set a 1:35.519s lap time in the final frenetic 75 minute stint and even came close to bettering his time soon after. He recorded a 1:35.573s just two laps after his pace-setting lap, which would have also been good enough to beat his rivals.

Dean Smith took second overall on the final day, but his fastest time was set during the morning session. The McLaren AUTOSPORT BRDC Award winner recorded the quickest first sector during the final 'overboost enabled' session, but he unfortunately hit traffic later in the lap. A slight technical problem then scuppered his chances of improving further, but Smith has more than impressed over the two day test in Portugal.

Renger van der Zande improved throughout his maiden day of driving a Williams JPH1, and he put in a stellar lap late on to end up just 0.014s behind Smith.

Kevin Mirocha and Kazim Vasiliauskas were fourth and fifth during another incredibly close test day at the head of the field, as the two drivers dipped under the 1:36s barrier in both the morning and afternoon sessions. Mirocha improved upon his earlier time while Vasiliauskas was unable to beat his flying lap from the opening hour of the day.

F2 debutant Duncan Tappy proved his pace by taking sixth in the final hour, just 0.175s behind Palmer's ultimate lap. Johan Jokinen has impressed in both Valencia and PortimÃ£o – the Danish driver was the only other competitor to record a 1:35s lap time during both the morning and afternoon sessions. Jokinen finished up seventh, ahead of Alex Brundle. The British driver made progress during his two days of running, and he turned in a great lap at the first attempt on his final set of new tires.

Frenchmen Benjamin Lariche and Tristan Vautier finished ninth and tenth – separated by just 0.006s. Belgian Benjamin Bailly showed considerable speed during the two days, but he dropped to eleventh at the finish ahead of Mihai Marinescu.

Russian racer Ivan Samarin saved his best showing until the end as he jumped above Jonathan Summerton, Jack Clarke and Ricardo Teixeira in the final session.

A delighted Jolyon Palmer said: "It is the first time that I have topped a session in Formula Two so I am really delighted. I have been making good progress recently and the Valencia test also went well last week, but it is a surprise to end up fastest. The lap was just neat and tidy, but I could have actually gone quicker a few laps later. It is about getting the best out of the new tires and it something I have improved on during the session – it is just pleasing that it all came together this afternoon. It is a great way to finish 2009 and this will give me a real boost going into next year."