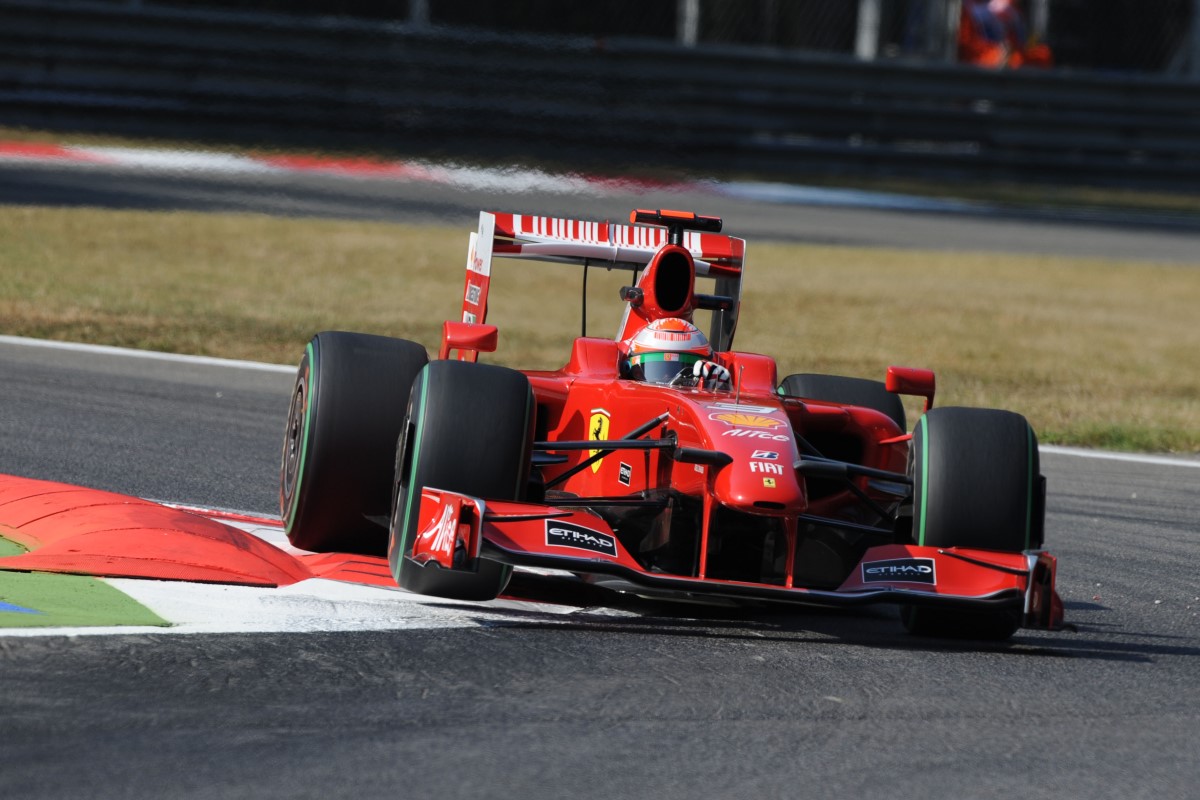 (GMM) In the hours before his debut qualifying session for Ferrari, Giancarlo Fisichella crashed half-way through the Saturday morning practice session at Monza.

The Roman veteran, replacing Luca Badoer and the injured Felipe Massa at the wheel of car number 3, under-steered off his home track after braking for the Parabolica corner, heavily damaging the left side of the F60 against the tire barrier.

Highlighting the pressure on the 36-year-old this weekend, the live television cameras and media then followed his entire trek back to the pits and even into the Ferrari garage, and then down the paddock as he went for a routine check in the medical centre.

Fisichella was close to the pace but nonetheless also last at the end of Friday's afternoon practice session, and afterwards described his Ferrari debut as "particularly tough" as he adapted to new steering wheel buttons, KERS and an adjustable front wing flap.

"The potential is there to get onto the front few rows, but I need a bit more time to improve, especially in terms of braking and cutting the curbs," he said.

With 15 minutes to go in the final hour-long practice before qualifying, Force India's Adrian Sutil remained right on the pace, with the McLarens also still looking quick.