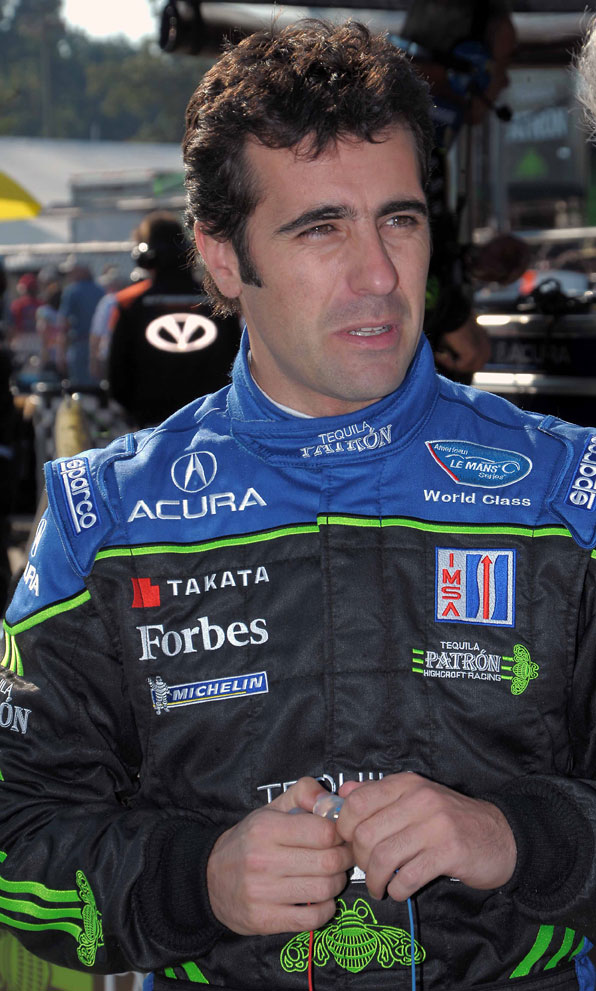 Franchitti made his debut with the team at this event in 2008 aboard the PatrÂ¢n Highcroft Racing LMP2 class Acura.

This year's 1000-mile classic will be Franchitti's second drive aboard the team's 2009 Acura ARX-02a LMP1 prototype.

Q: What are your expectations for your return to the American Le Mans Series with PatrÂ¢n Highcroft Racing?

A: "In watching the job that the PatrÂ¢n Highcroft guys have done over the season and talking to the team about the development of the car, it appears the car has come a long way since I first drove it back at Sebring.

"When you are in the car developing it every week you sometimes don't notice some of the little changes along the way. But in my position, to compare the car now after nearly a full season of development will be really interesting to see how much progress has been made and how different it feels.

"Hopefully I will be able to make some valuable input in the set-up with that in mind. "Anytime you bring in another driver it is always interesting to get some feedback from somebody else's perspective.
"That was certainly the case last year when I first drove the PatrÂ¢n Highcroft P2 car compared to my previous Acura outings for AGR."

Q: Do you feel you will be better prepared for Petit Le Mans this year after a full season of IndyCar compared to your NASCAR efforts the previous season?

A: "I thought about that the other day. Before I tested the LMP2 car prior to Petit last year, the previous run I had done on a road course was in a Nationwide Series car which was 20 seconds a lap slower around Road Atlanta.

"When I got back in the Acura I was still getting up to speed with the performance of the prototypes initially.

"With driving IndyCars for the whole season the performance is a lot more similar to the sportscar so that should help me get up to speed a lot quicker in the limited amount of track time we have available.
"Hopefully this will help me to make a valuable contribution to the team's efforts."

Q: Both yourself and PatrÂ¢n Highcroft Racing are in a strong position in your respective championships, how rewarding would it be to be able to help clinch both titles?

A: "In my day job with Target Chip Ganassi Racing my teammate Scott Dixon and I are very much in contention for the IndyCar championship with two races to go.

"We're trying everything we can to make that happen. I also have to thank Chip and all the boys at TCGR for allowing both Scott and I to go off and do this race – particularly as our own championship battles are so close.

"The PatrÂ¢n Highcroft boys have been doing a great job all season and I would love to help them in some small way to achieve their championship goal.
"I'm very much aware of what my job is going to be at Petit."

Q: How much do you enjoy your sportscar outings compared to IndyCar racing?

A: "It is a completely different feeling in the sportscar compared to the IndyCar – even though the overall lap times can sometimes be very similar.

"The cars are a lot different to drive but I really enjoy working with the other drivers and comparing notes with David and Scott to get the car right. It was the same for me when I drove the P2 Acura at AGR, or at the Rolex 24 with the Ganassi guys.

"The long-distance element is a lot of fun. Traffic is such an issue in sportscar racing and that normally is not the case in IndyCar – everyone is normally running a similar pace.

"You really have to concentrate very hard on the traffic situation and plan your passing attempts very carefully – it brings a whole new dimension to your driving.

"It really is something I enjoy."

Q: Back in the 60s, drivers used to regularly compete in different classes. That is not the norm today. Do you think your sportscar outings have improved your overall performance as a driver?

A: "I think my sportscar outings help my IndyCar efforts quite a bit – in fact I think the Target guys do as well – that is why they let me do it.

"Over the years drivers started to specialize more and more – probably from the 70s onwards. That doesn't happen a lot these days but it is fun to turn back the clock and be able to drive different machinery.

"We're not doing it in the same day like they did back in the old days but I have had the chance to drive three different cars this year and I think that has been very beneficial."

Q: The field at Petit will be very tough with Audi, Peugeot and other European teams joining the battle – how do you rate PatrÂ¢n Highcroft Racing's chances at the event?

A: "It is certainly an exceptional field with Audi, Peugeot and also the Oreca guys coming over. The P2 cars are also very impressive and been quite close to the P1 cars from time to time.
"Obviously I have been keeping an eye on my brother Marino and the Dyson boys as well.

"My job at Petit is certainly to be a team player – I'm not out there to be a star – I have to be conservative and make sure I hand the car back in perfect condition at the end of my stints.

"Pulling off a strong finish will be extremely important for PatrÂ¢n Highcroft Racing's championship aspirations."