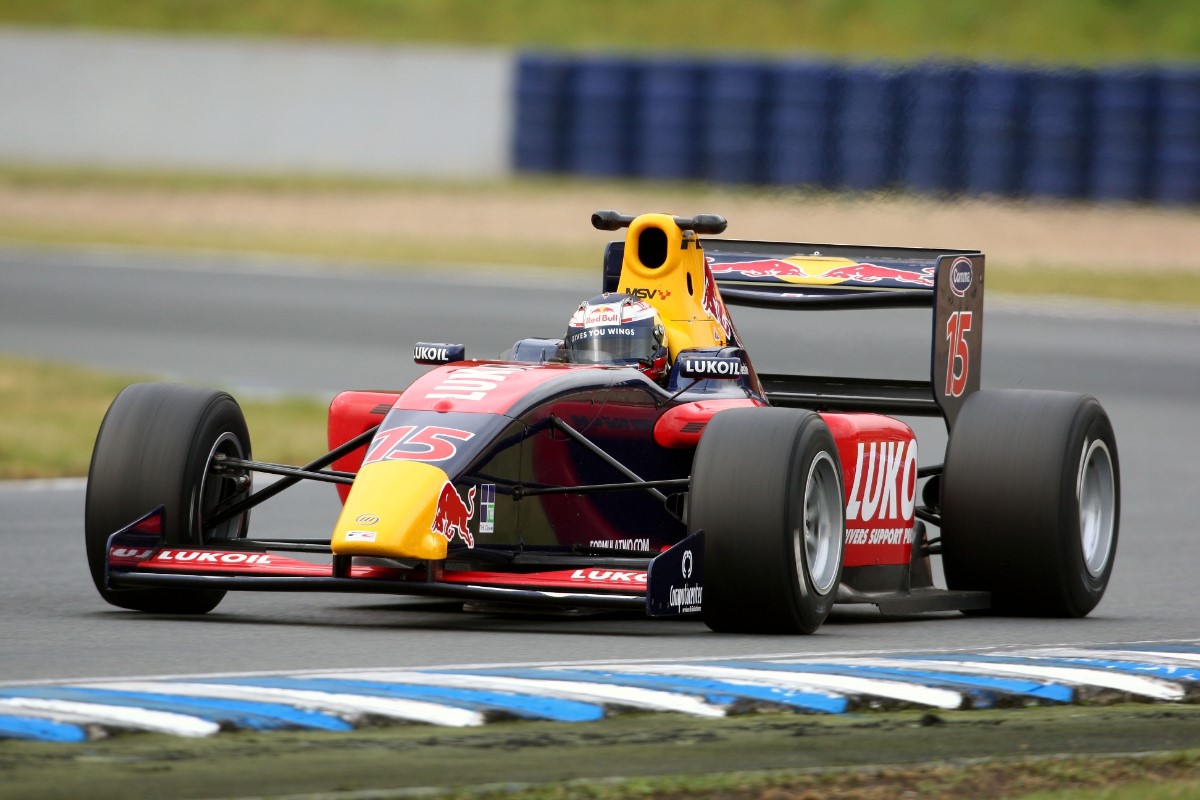 Mikhail Aleshin took a superb maiden pole position in changing conditions today (Saturday), taking advantage of a drying track to set a time well clear of the rest of the field.

The session started in wet conditions after a heavy rain shower, but continued to dry until a clear dry line meant drivers made the switch to slick tires with eight minutes remaining. Mikhail Aleshin was able to make the best of the changing conditions to set a time of 1:22.131s, before a late red flag brought the session to a close with many drivers on hot laps.

Julien Jousse set the second fastest time, although the Frenchman admitted he may have been relegated further down the field if the session had not been halted. Spaniard Andy Soucek again showed great consistency to take third, whilst Mirko Bortolotti will join him on the second row.

The session got off to a frantic start as a number of drivers spun, as provisional pole position changed hands on several occasions. Jousse, Tobias Hegewald and Aleshin all spun and recovered in the early stages, whilst Alex Brundle, MiloÅ¡ PavloviÄ‡ and Robert Wickens all enjoyed a brief spell at the top of the timesheets.

Jack Clarke spun in the opening ten minutes and was left stranded on the circuit and Jolyon Palmer went off into the gravel at turn six. Both cars were out of the session, which instigated the first of two red flag intervals.

A completely new order was formed in the final five minutes as the grip improved dramatically. Aleshin, Jousse, Soucek and Bortolotti were followed in the order by Robert Wickens and an impressive run from Alex Brundle.

Nicola De Marco pipped Tobias Hegewald to seventh, whilst Sebastian Hohenthal and Jason Moore rounded out the top ten – the Englishman reaching his target as reported on formulatwo.com yesterday.

Mikhail Aleshin said: "My team and I have done a lot of work and this is the result. I want to thank my team, my mechanic and my engineer. In these very difficult conditions it was important how fast they could change the car set up and the tires, and they did it very well."

Julien Jousse said: "It's good to be on the front row. I was unlucky with the last red flag because I was behind Hegewald and I couldn't do better in my last lap, but I was lucky to still take second position! It's good for the race tomorrow, because I think after the first corner it will be very difficult to pass."

Andy Soucek said: "It was drying up and it was all about who pitted earlier and put on slicks – I think Mikhail was one of the first, so I knew he would be on the front because you get the confidence and grip on the tires. The championship is still open but I just have to keep my head down – I'm happy to have Mikhail ahead of me rather than Julien or Robert."