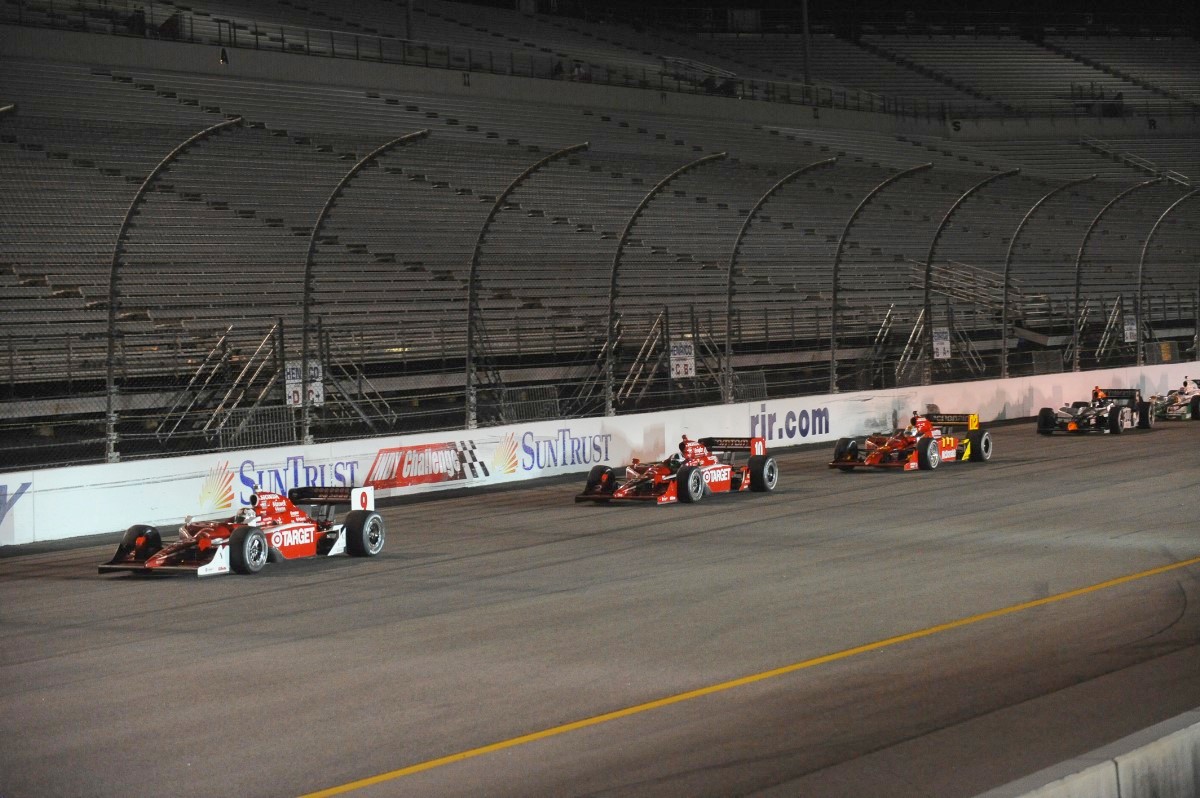 UPDATE A reader writes, Dear AR1, It's not a glorious list. Michael Andretti, Jacques Villeneuve, Alex Zanardi, Juan Pablo Montoya, Cristiano da Matta and now Bourdais all arguably underachieved in F1 given the championship-winning form they displayed in America. Question, how can you consider a FIA Formula One World Champion an underachiever? (A la Jacques Villeneuve) or a driver who won 8 FIA Formula One Grand Prix events including the most prestigious grand prix race at Monaco and currently holds the record for the fastest race at Monza an underachiever? (A la Montoya). Although I agree with the general premise of the story line, but does that make Timo Glock who raced in Champ Car a success? Or does that mean that any current or former driver who has not won more that 8 races a success or underachiever? Dan in the LBC

Another reader writes, Bourdais is just another whiner. He should go back to the IRL and race for Andretti Green. He will fit right in there with Michael and Danica. They always have an excuse for everything (except last weekend in Toronto where even those two couldn't come up with one). F1 seems to really show up the talents of those who made it in CART/Champ Car/ IRL but couldn't make in happen in Europe. There's a whole list. Makes you really respect those who lead the F1 pack. They obviously have something special. Kelly Konzelman

07/17/09 Confirmation that Sebastien Bourdais has been dropped midseason by the Scuderia Toro Rosso Formula One team is another punch in the gut for aficionados of American open-wheel racing.

The latest failure of a star from the American scene to consistently produce in the harsher environment of F1 destroys what little remaining credibility U.S. open-wheel racing had left on the worldwide stage.

It's not a glorious list. Michael Andretti, Jacques Villeneuve, Alex Zanardi, Juan Pablo Montoya, Cristiano da Matta and now Bourdais all arguably underachieved in F1 given the championship-winning form they displayed in America.

"In Sebastien's second year with us, the partnership has not met our expectations and therefore we have decided to replace him as from the next round of the world championship, the Hungarian Grand Prix," stated Toro Rosso team director Franz Tost.

The 30-year-old Bourdais is likely to be replaced by Jaime Alguersuari, a Spaniard who at age 19 would become the youngest driver to start an F1 Grand Prix.

Bourdais was a hot prospect coming up through the European ranks, winning the 2002 FIA Formula 3000 championship. But early in his career, he got into a dispute with the Renault F1 team and its autocratic boss, Flavio Briatore. That negated the most logical destination in F1 for the native of Le Mans, France.

Instead, Bourdais came to America for what turned out to be a remarkably successful five-year run in the CART and Champ Car series. He claimed pole position for his first two CART events, won seven races as a rookie and then claimed a record four consecutive series championships. More at ESPN.com