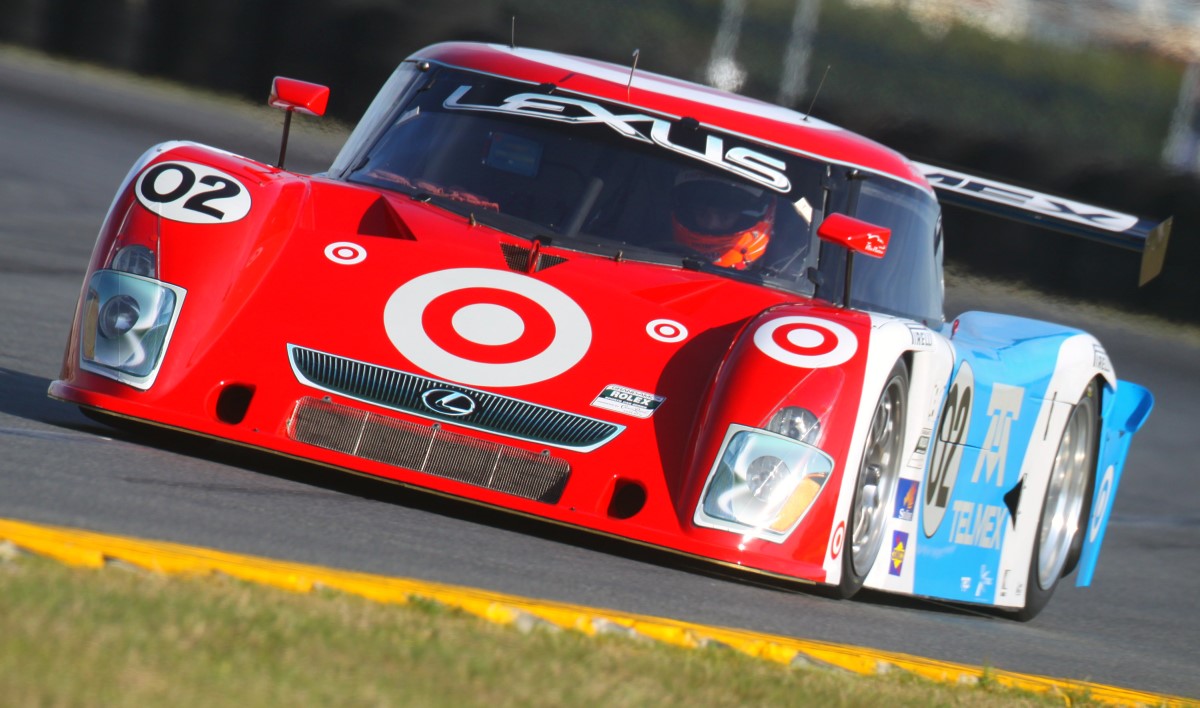 Chip Ganassi Racing with Felix Sabates will be looking to make history in the January 24-25 Rolex 24 At Daytona, seeking to win America's premier sports car race for the fourth consecutive time.

Ganassi Racing has a pair of Lexus-powered Rileys entered in the 47th running of the classic, which takes the green flag at 3:30 p.m. Saturday, January 24. The race will be covered live on FOX starting at 3 p.m. ET, with coverage continuing on SPEED from 4:30-10 p.m. Saturday and 7 a.m. – 4 p.m. Sunday.

Last year, Ganassi Racing became the first team to win the Rolex 24 in three consecutive years. For 2009, Scott Pruett and Juan Pablo Montoya return in the No. 01 TELMEX/Target entry, seeking to win the event for the third straight time. They will be joined by Memo Rojas, who joined Pruett in winning six races last year – including the Rolex 24 — en route to sharing the Daytona Prototype championship in the Grand-Am Rolex Sports Car Series presented by Crown Royal Cask No. 16.

Pruett is the leading class winner in the history of the Rolex 24. He's won his category eight times, including three overall victories.

“Last year was huge for Ganassi Racing, winning our third in a row," Pruett said. “Now, we're going for four, and that says a lot about the team and the commitment Ganassi has made. Even though we didn't test in October and November, we were fastest in the opening session at Daytona In January. To come here fast right out of the box is a great way to start the year."

Dario Franchitti also shared in the 2008 Rolex 24 victory. This year, he moves to the No. 02 Target/TELMEX entry, joining 2006 Rolex 24 winner Scott Dixon and Alex Lloyd. The potent combination pairs the two most recent Indianapolis 500 winners and IndyCar Series champions with the 2007 Indy Pro Series champ.

“Chip's going for four in a row, so it should be pretty exciting," said Franchitti, who joins the Target Chip Ganassi Racing IndyCar Series team in 2009. “That's an amazing statistic, and it speaks volumes for the job that this team does. It's good to be in the same car with Scott. We are teammates this year, and it gives us the chance to work together after racing against each other for many years. My new engineer, Chris Simmons, is engineering the No. 02 car, so that will also help get us ready for the IndyCar season."

Franchitti won the Indy 500 and IndyCar Series titles in 2007, driving for Andretti Green Racing. He joined Ganassi Racing last year, competing in the NASCAR Nationwide Series. Dixon, who lost the 2007 crown to Franchitti on the final lap of the season, won titles in 2003 and 2008 for Target Chip Ganassi Racing.

Ganassi Racing made its Rolex 24 debut in 2004, when championship-bound Pruett and Max Papis combined with Dixon and Jimmy Morales. The team placed all three of its cars in the top seven in the 2005 event, with a Dixon-led team finishing sixth while Pruett took seventh.

After a tight battle throughout the opening 20 hours of last year's race, Ganassi Racing won by four laps, with Montoya and Pruett leading the final three hours and 19 minutes. Overall, the team led 252 of the 695 circuits, including 128 by Montoya and 118 by Pruett.

Practice for the Rolex 24 At Daytona begins at 10 a.m. on Thursday, January 22, with qualifying at 3:45 p.m. and night practice at 6:30. Friday's schedule includes final practice and qualifying, plus the Fresh From Florida 200, the Grand-Am KONI Sports Car Challenge season opener. For complete reports and live timing and scoring, please visit www.grand-am.com.