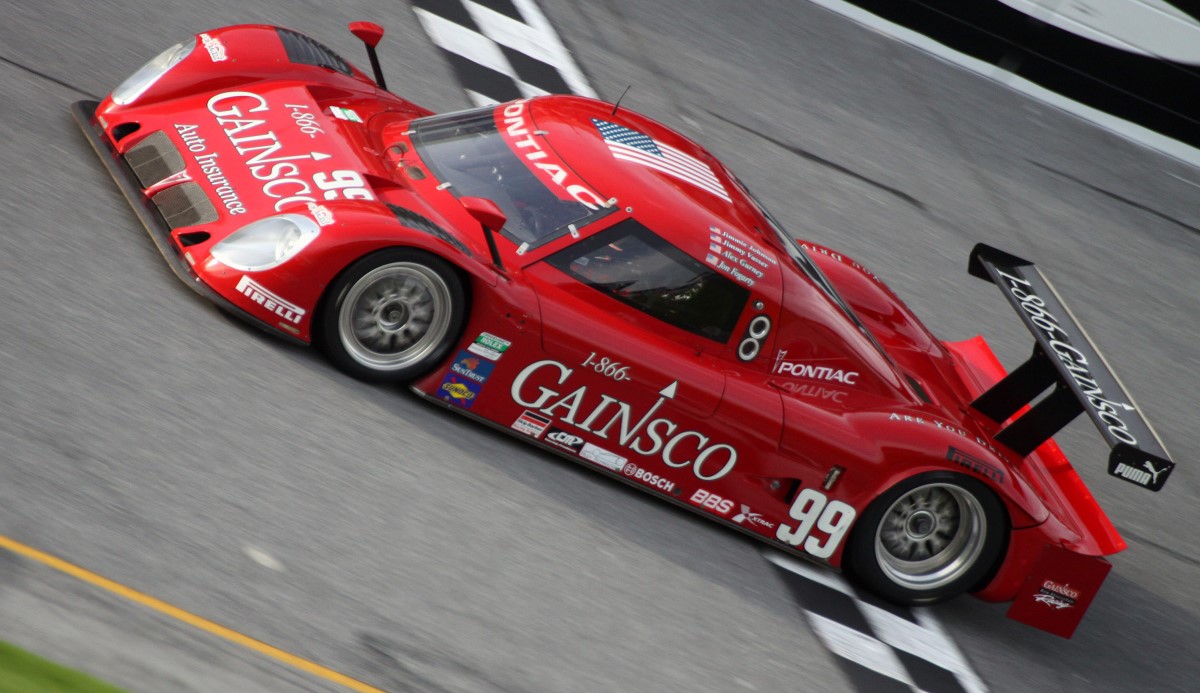 GAINSCO/Bob Stallings Racing and its team of champion drivers wrapped up a solid and successful three days of on-track activity at Daytona Test Days Monday as Jimmie Johnson turned the team's fastest lap of the day in the final session of the test.

After Jon Fogarty drove a few laps at the beginning of the final afternoon run, Johnson took over the No. 99 GAINSCO Auto Insurance Pontiac Riley for the majority of the session. He quickly ripped off a series of fast laps before ending with a day's best lap time of 1:42.981 (124.450 mph).

"I even had a better lap going but I had some traffic in one of the turns," Johnson said. "I just wanted to get in the same second bracket with the other fast guys, and I was able to do that today. I was very thankful I got a ton of laps. The team did a great job being organized and ready to be down here and was able to give me a lot of seat time, which is really the thing I need in this car."

Johnson also set GAINSCO's pace in Monday's morning session when he shared the No. 99 with Jimmy Vasser. Vasser drove on each day of the test and will join teammates Fogarty, Johnson and Alex Gurney in his fourth Rolex 24 with GAINSCO.

"I think we are as prepared as we can be," Vasser said. "Jimmie Johnson is obviously up to speed and all four guys are going to be capable of running the leader's pace. All four of us and the whole team understand the mentality that it takes to win this race. We came in second last year after having some little problems, but if we can keep it rolling and keep it all clean, I think we are going to have smiles on our faces at the end of this thing."

"I think we accomplished a lot of the things that we wanted to at the test," Gurney said. "We got everybody through the car, everyone got some good laps and everybody was pretty similar. The car was pretty reliable and we got through the changes that we wanted. We still have a pretty big chunk of pace to find, and we think we know where that is, but we are happy with the car."

The 47th annual Rolex 24 At Daytona will take place on the 3.56-mile road course at Daytona International Speedway, January 24 – 25, and will start that Saturday at 3:30 p.m. ET. FOX will air the first 90 minutes of the Rolex 24 broadcast starting at 3 p.m. ET before the live coverage switches over to SPEED for the balance of the race.