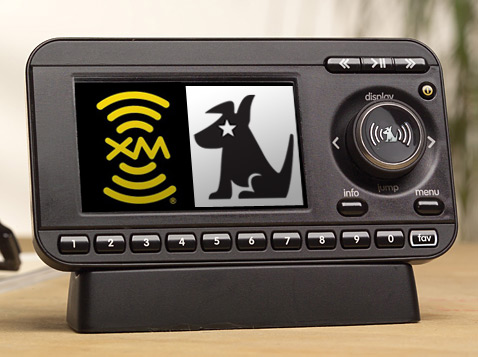 The United States Department of Justice today approved the merger between Sirius Satellite Radio Inc. and XM Satellite Radio Holdings Inc., stating that the evidence does not establish that the combination of the two would "substantially reduce competition."

"After a careful and thorough review of the proposed transaction, the Division concluded that the evidence does not demonstrate that the proposed merger of XM and Sirius is likely to substantially lessen competition, and that the transaction therefore is not likely to harm consumers. The Division reached this conclusion because the evidence did not show that the merger would enable the parties to profitably increase prices to satellite radio customers for several reasons, including: a lack of competition between the parties in important segments even without the merger; the competitive alternative services available to consumers; technological change that is expected to make those alternatives increasingly attractive over time; and efficiencies likely to flow from the transaction that could benefit consumers.

"The Division's investigation indicated that the parties are not likely to compete with respect to many segments of the satellite radio business even in the absence of the merger. Because customers must acquire equipment that is specialized to the satellite radio service to which they subscribe, and which cannot receive the other provider's signal, there has never been significant competition for customers who have already subscribed to one or the other service. For potential new subscribers, past competition has resulted in XM and Sirius entering long-term, sole-source contracts that provide incentives to all of the major auto manufacturers to install their radios in new vehicles. The car manufacturer channel accounts for a large and growing share of all satellite radio sales; yet, as a result of these contracts, there is not likely to be significant further competition between the parties for satellite radio equipment and service sold through this channel for many years. In the retail channel, where the parties likely would continue to compete to attract new subscribers absent the merger, the Division found that the evidence did not support defining a market limited to the two satellite radio firms that would exclude various alternative sources for audio entertainment, and similarly did not establish that the combined firm could profitably sustain an increased price to satellite radio consumers. Substantial cost savings likely to flow from the transaction also undermined any inference of competitive harm. Finally, the likely evolution of technology in the future, including the expected introduction in the next several years of mobile broadband Internet devices, made it even more unlikely that the transaction would harm consumers in the longer term. Accordingly, the Division has closed its investigation of the proposed merger."