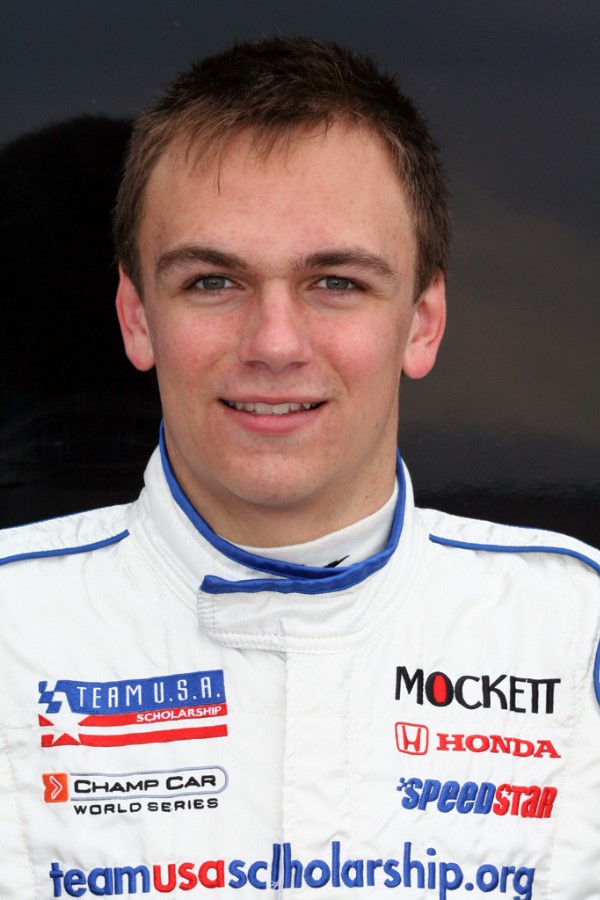 The 18-year-old Barrett will contest the premiere North American endurance sports car road racing series with the team that he dominated the Pacific F2000 Championship with this past season. He’ll share the Pontiac GXP.R with drivers from the PR1 stable, Canadian Mike Forest and Californians Thomas Merrill and Alan Sciuto. The team will make their Grand-Am debut in the GT class at the Gainsco Grand Prix of Miami at Homestead Miami Speedway on March 29th.

Drivers in the dual class series share driving duties in the 2.75 to 24 hour races. Barrett will travel to Miami next weekend and standby as the team’s reserve driver. Then in April he’ll co-drive the Pontiac with Mike Forest at PR1’s 2nd event, the Bosch Engineering 250 at Virginia International Raceway on Sunday the 27th.

The Los Osos, California teenager is a seasoned racer, having driven a variety of road racing cars in North America and England, and chalked up 28 open wheel formula car wins since 2005. “I see a bright future for endurance sports car racing in North America, says Barrett. The Grand-Am Rolex Sports Car Series represents my best opportunity to develop a career as a professional race car driver in North America. I expect to take my winning ways to Grand-Am GT."

“The sophisticated Grand-Am GT car is a natural entry point into sports car racing for me. My success working with excellent open wheel race engineers at PR1 Motorsports on highly tunable equipment will serve me well in GT, adds Barrett."

“Grand-Am is the fastest growing series in North America and has some very close and exciting racing, according to Barrett. Corporations involved in the series are seeing a great return on their investment…so I feel that there are opportunities for me to build relationships here that will really pay off for my marketing partners, me and Grand-Am." Patrick Barrett PR