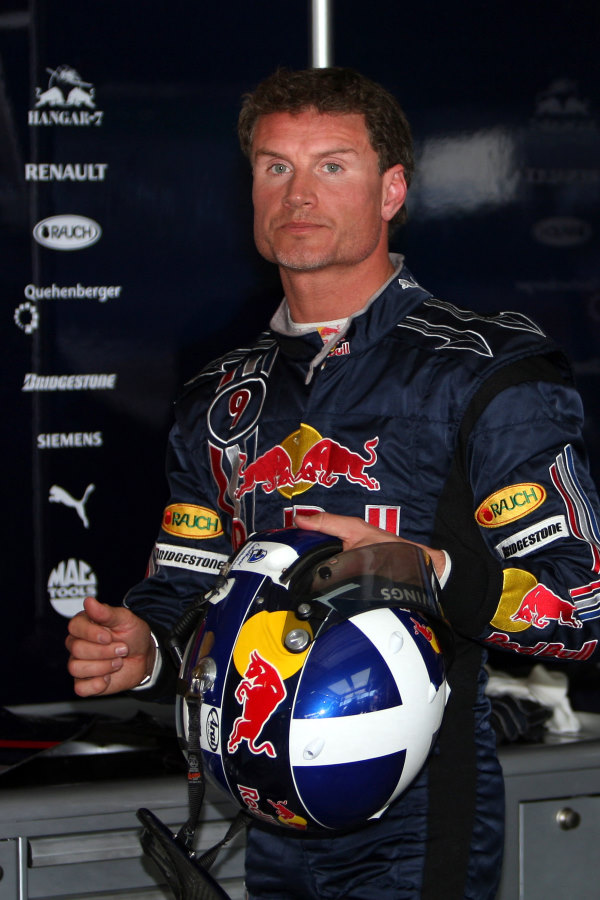 (GMM) David Coulthard said he is happy to return to the cockpit of his Red Bull, despite the FIA's concern that the RB4 could be a 'dangerous construction'.

The Scot's front suspension shattered over a curb in Friday practice in Malaysia, forcing him to sit out the afternoon session and rousing race stewards' concerns about the integrity of the Adrian Newey-penned car.

"I am not worried about my safety," said Coulthard, as officials compiled a technical report that the team hopes will allow them to carry on at Sepang.

Coulthard, and team boss Christian Horner, are adamant that the failure was a one-off.

"One jumbo falls out of the sky you don't ground them," Coulthard continued.

"I am glad it happened here rather than Spa through Eau Rouge otherwise you would be picking bits of me out of the grandstand right now. F1 is a dangerous sport."