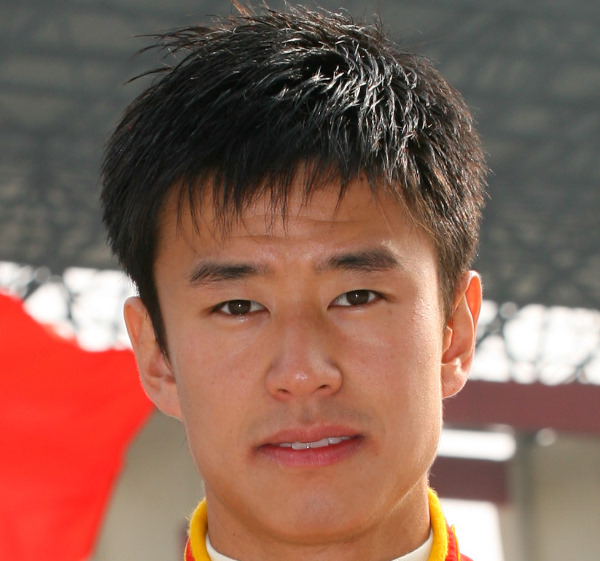 A1 Team China driver, Congfu Cheng, is about to become part of history as he participates in the Olympic Torch Relay, a tradition that goes back to the year 766 BC, when the first recorded Olympic games were held. In an honor that is afforded to very few athletes, let alone racing drivers, he will be a Torchbearer for the Olympic Flame as it sets out on its path across Greece on Monday (24 March), its final journey before the Games of the XXIX Olympiad – Beijing 2008.

With the driver, who is usually known as 'Franky', coming from Beijing, it is obviously very special for him to be involved in the flame's final journey before it is officially handed over to Beijing:

'It is my great honor and a dream for all sports people to be nominated as one of the Torchbearers and to carry the flame in Greece. Hopefully my appearance in the Beijing Olympic Torch Relay will help promote motorsport in China, and encourage more Chinese people to get involved in this exciting sport. I will try my best to bring more honors to my country in A1GP World Cup of Motorsport. I would like to welcome all the people going to my home town for this great event.'

Franky and the flame have a lot in common as they travel the length and the breadth of the world. A1GP World Cup of Motorsport visits five continents and so does the flame on its relay that takes 130 days and covers 137,000 kilometers. The theme is 'Journey of Harmony' and its slogan is 'Light of Passion, Share the Dream' a message the Beijing organizing committee wants to share with the world. A1GP also wants to share the dream of nation versus nation competition and has already made the journey to Beijing, as in its second season it held the first ever motor race round the streets of the city.

The journey of the flame in Greece is full of ancient symbolism. On Monday 24 March, the flame will come to life in Olympia and the High Priestess will hand it over to the first of the Torchbearers. Cheng's duties will be on the first day of its 1528 km journey, in the hands of 605 Torchbearers, through 16 prefectures, 43 municipalities, 12 municipality districts, and four communities while 29 ceremonies will be held. It will arrive on 30 March in the Panathenian Stadium with the final Torchbearer and then on the eve of the handover to Beijing the flame will spend the night on the ancient Acropolis.

After his torch bearing duties, Franky will head to Shanghai for the penultimate round of the 2007/08 A1GP World Cup of Motorsport where he will compete for his country against 21 nations at the Shanghai International Circuit from 11 – 13 April 2008.