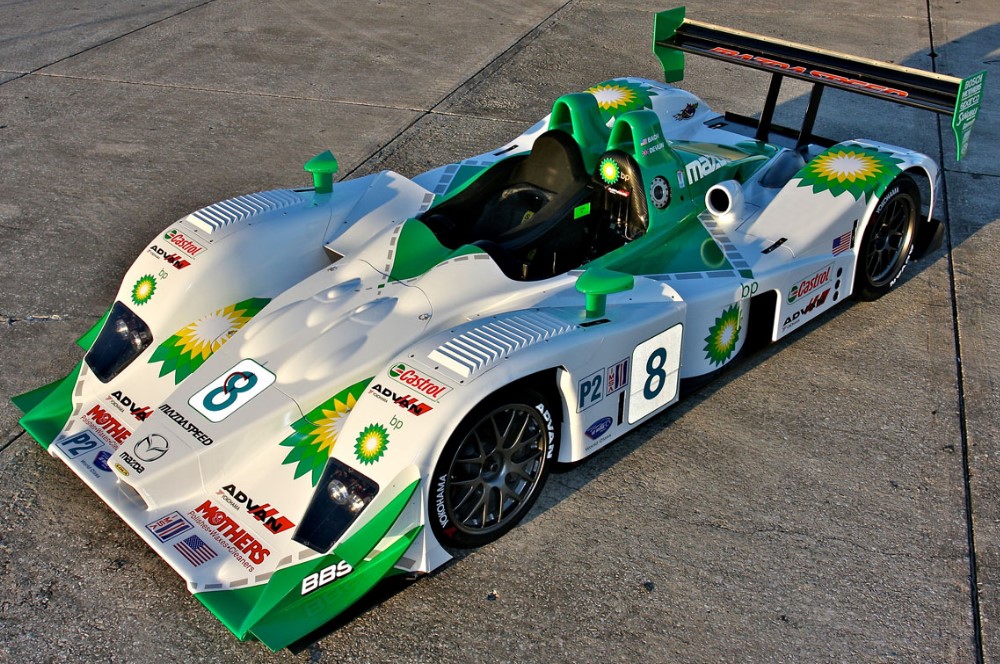 This is not just a sponsorship arrangement – both partners will be key contributors to the team’s overall program with both technical and marketing collaboration. BP is a global energy leader with extensive experience with alternative and future fuels and lubricants. With the “greening" of the ALMS series, BP’s direction will complement the Mazda program. Yokohama has a storied history in motorsports and has multiple past collaborations with Mazda for production and motorsports programs. Mazda and Yokohama have enjoyed joint success and are looking to build on that foundation.

Key BP Points:
â€¢ The ALMS program is part of a larger partnership which includes:
o Alternative and renewable fuels research – first shown with the Furai concept car at the North American International Auto Show.
o Castrol lubricants will be available at Mazda dealership service centers.
o Joint marketing and co-branding programs, including events and outreach that teach race fans about the importance of quality fuel as it relates to engine performance.
â€¢ The BP commitment to the environment and renewable fuels, and their ongoing search for realistic alternative fuels aligns perfectly with the Mazda “sustainable Zoom Zoom" mission, especially based on today’s industry landscape. In addition, the American Le Mans Series allows Mazda and BP to showcase solutions for relevant fuel solutions like the ALMS Green Racing Challenge.
â€¢ Castrol sees the endurance-racing arena as a perfect venue to further test lubricants, and the addition of this relationship complements their existing motorsports activities.
â€¢ This is the BP brand’s first involvement with motorsports in the U.S. BP is currently active in motorsports with their Castrol lubricants brand and has had past motorsports programs with Amoco.

Key Yokohama Tire Corporation Points:
â€¢ Yokohama will devote critical resources towards development and service of the tires supporting the Mazda team:
o Yokohama will engineer and construct an all-new purpose-built LMP2 tire under the company’s flagship brand, ADVAN. Yokohama has a strong history in the ALMS, including the 2004 LMP2 Championship, and is confident in their ability to challenge the class leader.
o Yokohama will support the BK Motorsports Team at all races and tests with a full engineering and service team hailing from the United States and Japan.
â€¢ The engineering partnership between Mazda and Yokohama is strong on both the passenger car and motorsport sides. Yokohama tires are OE fitment on multiple Mazda vehicles around the world, including the MX-5 Miata in the USA.
â€¢ Yokohama’s consumer and dealer ride-and-drive programs with RX-8s are under development to reinforce the connection between motorsports and passenger cars. These programs will be announced at a later date.
â€¢ Yokohama has been recognized in Japan as one of the ten most environmentally-conscious companies in the country. All of its factories are ISO 14001 certified, and those in Japan have achieved zero emissions one year ahead of the Kyoto Protocol. Yokohama is continuously developing its manufacturing and technology to produce tires that minimize environmental impact.

Key Mazda Points:
â€¢ This is the second year of competition for the MZR-R engine. 2007 was a development year for the all-new engine that was designed and constructed in just 17 weeks.
â€¢ B-K Motorsports will remain the primary development team for the MZR-R engine. Jamie Bach and Ben Devlin return as the primary drivers. A third driver for Sebring and the Petit Le Mans will be announced at a later date.
â€¢ Lease programs for the Mazda MZR-R engine are available for qualifying motorsports customers.

Quotes:
“A key to MAZDASPEED’s motorsports success has been with strategic partners who have same passion for excellence as Mazda. BP and Yokohama will be active partners in our ALMS program as we enter our sophomore year with our Mazda MZR-R powered program, and we look forward to our most successful ALMS project yet," Robert Davis, Senior Vice President, Product Development and Quality, and the man responsible for Mazda’s North American motorsports operations under the MAZDASPEED Motorsports Development banner.

“Just like our need for the best drivers and best engineers, a team needs the best partners. We are thrilled to have BP and Yokohama working with us to move the Mazda powered B-K Motorsports team to the front of the pack," Robert Bach, Owner, B-K Motorsports

“BP’s fundamental values are to be performance driven, innovative, progressive and green," said Kevin Phelan, Senior Vice President of Marketing and Cards. “And we’re excited to be partners with the American Le Mans Series, Mazda and B-K Motorsports, who operate under very much the same guiding principles."

“Yokohama is happy to be reunited with our friends at Mazda. There are many who recall our past successes with RX-7s in IMSA GTU racing. The challenges in ALMS are huge, but we are looking forward to the opportunity to showcase our latest ADVAN tires against the best in the world," said Fred Koplin, Director, Marketing Communications, Yokohama Tire Corporation