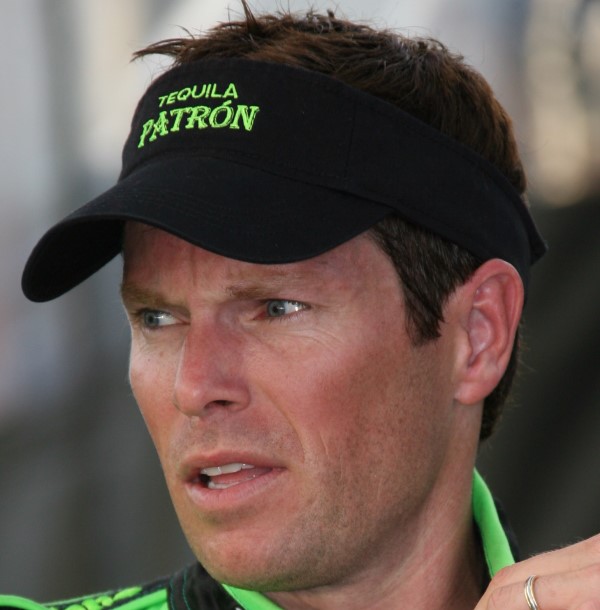 Highcroft Racing announces exciting changes for the 2008 American Le Mans Series (ALMS) season. Scott Sharp will be joining the team and partnering with Le Mans-winning driver, David Brabham, with PatrÂ¢n Spirits as the team's title sponsor. PatrÂ¢n Spirits is the distiller of PatrÂ¢n Tequila, the world's number-one selling ultra-premium tequila. The team will be known as PatrÂ¢n Highcroft Racing. Highcroft Racing is a factory-backed team which campaigned an Acura ARX-01a in the LMP2 class in the 2007 ALMS season. (See related rumor)

Duncan Dayton, Team Principal of PatrÂ¢n Highcroft Racing, said, "I am truly excited to announce the partnership between PatrÂ¢n Spirits and Highcroft Racing's Acura program in the ALMS. Our ability to attract PatrÂ¢n Spirits is a testament to the hard work that Highcroft has put in over the past 18 months and our results on the track. This partnership represents a significant milestone for this young team and for the ALMS."

Dayton continued, "The team is delighted to welcome Scott Sharp to the PatrÂ¢n Highcroft Racing family. Scott comes from a long line of sports-car racers and holds strong family ties to the Connecticut area. In fact, some of our team members worked for the original Newman-Sharp teams over 20 years ago. Scott's distinguished career in the Indy Racing League certainly bodes well for a successful partnership with PatrÂ¢n Highcroft Racing, Acura and David Brabham."

In moving from the IndyCar Series to the ALMS, Scott Sharp's career has come full circle. Sharp began racing sports cars in the beginning of his professional career, and is returning to the arena once again. Sharp has won nine IndyCar events and has 35 top-five finishes in the Series. He holds the record of 138 consecutive IndyCar starts. In 1996, he was the IndyCar Series co-champion and also won the 24 Hours of Daytona. He is also a two-time Trans-Am champion, winning 15 races over three seasons.

PatrÂ¢n Highcroft Racing's David Brabham said, "I am really looking forward to the next season racing for the PatrÂ¢n Highcroft Racing team and driving with Scott. I believe Scott will be a great addition to the team. I had a fantastic time working with Highcroft and Acura last year and I am honored to continue as one of their drivers. Highcroft came in ahead of the other Acura teams last year, and as drivers, Scott and I will be pushing not only to be the lead Acura team, but also to be at the front of the P2 class in 2008."

David Brabham raced in Formula One, Formula 3000 and Formula 3 before becoming one of the world's leading sports car racers in the American Le Mans Series and the famed 24 Hours of Le Mans. He took top honors at the 2007 24 Hours of Le Mans driving an Aston Martin. David is the only American Le Mans Series driver to have taken the pole in all four Series classes. He won the 12 Hours of Sebring in 2005 and 2006 in the GT1 class. Other notable career victories include the Bathurst 1000, which he won with his brother, Geoff, in 1997, the 24 Hours of Spa in Belgium and the Macau Grand Prix, where he defeated Michael Schumacher.

PatrÂ¢n Highcroft Racing also announced that Stefan Johansson, who was David Brabham's teammate last season, will be joining the team again for the two endurance events – the 12 Hours of Sebring and Petit Le Mans. One of the most experienced drivers in all of motorsports, Stefan Johansson has competed in everything from Formula One and Champ Cars to prototype sports cars, with great success in every division. Notable career achievements include winning the 12 Hours of Sebring twice, in 1984 and 1997, and an overall victory at the 24 Hours of Le Mans in 1997 with Joest Racing. Stefan drove full time for Highcroft in the 2007 season and helped the team take third place in the LMP2 championship.

Duncan Dayton welcomed Stefan Johansson back, saying, "We are thrilled to have Stefan joining PatrÂ¢n Highcroft Racing for the 12 Hours of Sebring and Petit Le Mans. His long, successful career and his results for Highcroft last year speak for themselves. We're looking forward to having his experience in the Acura program contribute to our efforts in 2008."