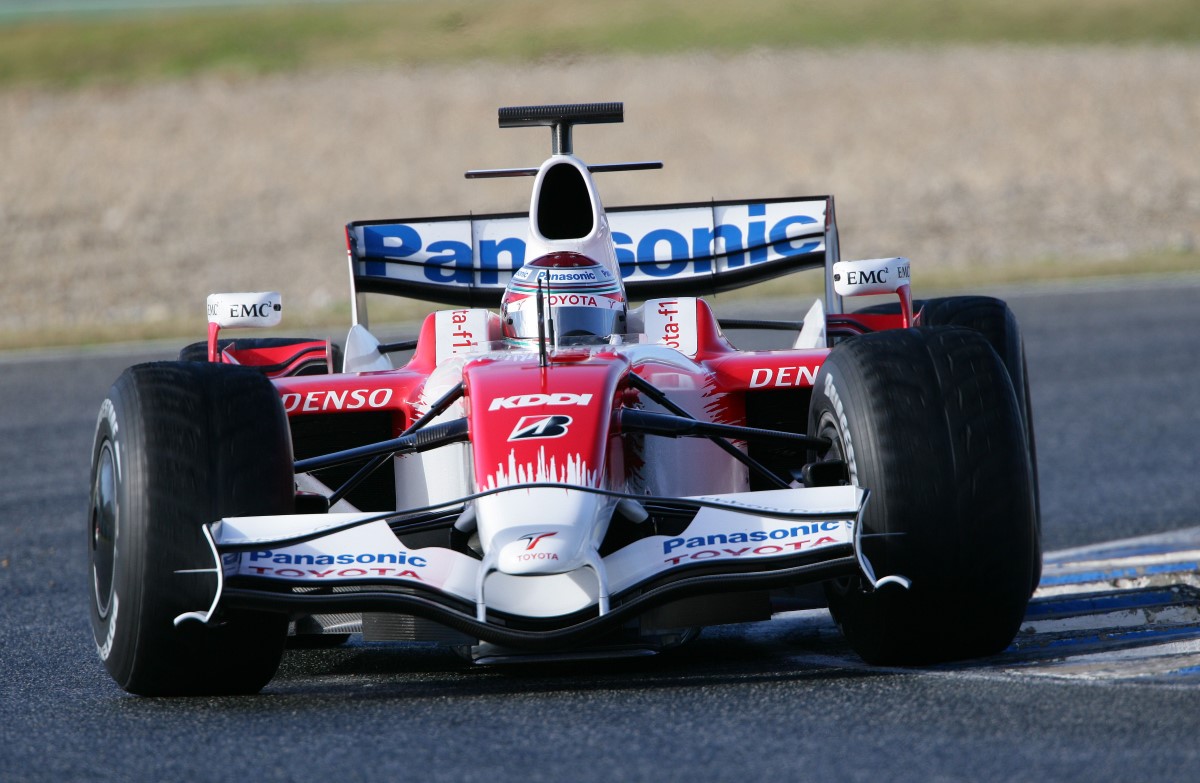 Panasonic Toyota Racing brought its first test of 2008 to a close on positive note with Timo Glock setting the fastest time of the day in the new TF108 at Jerez in Spain on the third and final day. Timo’s task was to gain as much track time as possible with the new car while also comparing set-up changes and mechanical settings.

“I am pleased with our progress today and I believe we have made some significant improvements to the new car," Timo said. “It is encouraging to see us end the day with the fastest lap and I think we made a step forward. Once again the car was extremely reliable and that allowed us to complete a lot of laps and gather plenty of information. This is a completely different car compared to the TF107 but it is a good step forward and we know what we need to work on to improve. I made a small mistake in the morning on the damp track when the rear wheels locked and I spun but it didn’t cost us much time. The team worked really hard this week to improve the car and I am happy."

Kamui Kobayashi was in the TF107 for its final planned official test but rain in the morning led him to sit out the first two hours.

With a new car to test, Timo was immediately down to work on the wet track and he made good progress on a lengthy program before a spin into the gravel just before lunch. No damage was done and after the TF108 was cleaned and checked he resumed, with Kamui now on track looking into set-up and fine-tuning the new gearbox and ECU.

“The rain in the morning meant there was not much point in me going out in the TF107 because it is not possible to make accurate set-up judgments in such conditions," Kamui added. “So I waited and when the track began to dry I was able to start my program. Overall it went well and we have had a positive test. I think we have learned some things during my two days and now I am looking forward to getting the chance to drive the TF108 in the coming tests. Both Timo and Jarno have been pretty positive about it so I can’t wait."

Another trouble-free run from TF108 saw Timo end the day on 96 laps, meaning the new car has clocked up an impressive total of over 1,500km over four days. The team will be in action again in Valencia next week when two TF108s are expected to be tested.

“We have had a very productive four days here at Jerez with the new car, including the roll-out. It has been a promising start to the year and we have made good progress understanding the TF108. But this is only the first step and we know we have more work to do in the next five pre-season tests to improve the car’s performance," added Gerd Pfeiffer, Test Team Manager. "Today was another busy day for Timo with the new car and he has conducted some important set-up work, including an impressive lap in the afternoon. Kamui did fewer laps because of the damp conditions but he completed the program we had planned for him."