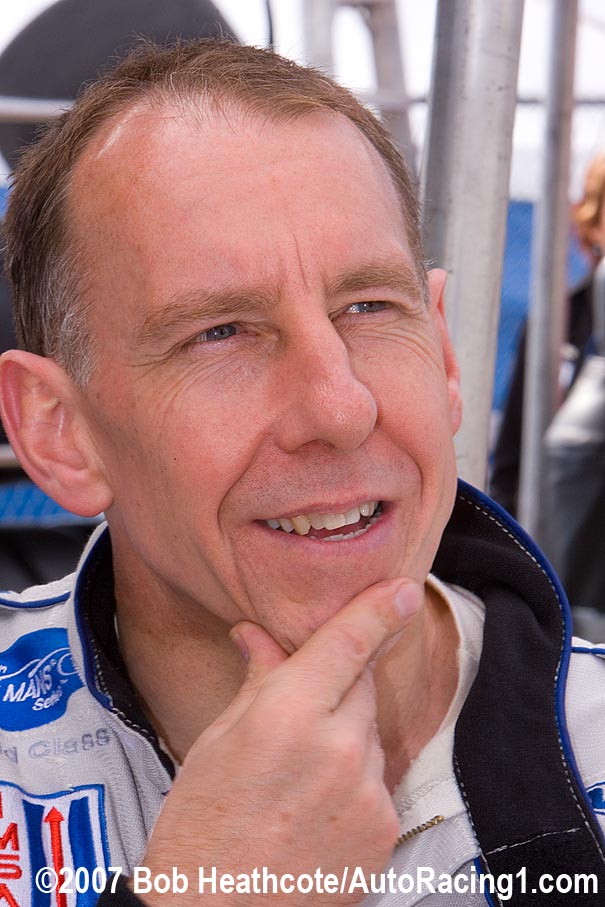 "I'm absolutely delighted to be driving the Alex Job Racing, Ruby Tuesday Porsche Crawford DP03 at this year's Rolex 24 at Daytona," Wallace said. "The car has been improving all the time and Alex always puts on a very competitive show. I'm also thrilled to be teaming up with such accomplished co-drivers as Bill, Joey and Patrick. I can't wait to get started at the official test in just a few days."

"We are extremely happy and grateful to Crawford to have Andy driving for us in this year's Rolex 24," team owner Alex Job said. "I think the team we've put together for this race is going to be tough to beat. All four are familiar with driving a Porsche-powered Crawford, but more importantly all four guys are extremely fast and consistent. It's a long race. And, if everything goes as planned, the team we've assembled should be in position to win at the end of the race."

Known as one of the most personable drivers in the paddock, Wallace's talents have led him to drive some of the world's most advanced race cars. In fact, his driving prowess helped him earn three overall Rolex 24 at Daytona wins (1990, 1997 and 1999) and one GTS class win in 2003.

This year, race fans can watch a combined 17 hours of live race coverage between FOX Sports and SPEED Channel. In fact, Fox Sports will carry the first 90 minutes of the race, while it is also simulcast on the 1,400 square foot News Astrovision by Panasonic screen located at One Times Square in New York. SPEED Channel will take over the telecast after the first 90 minutes and provide coverage through the end of the race.