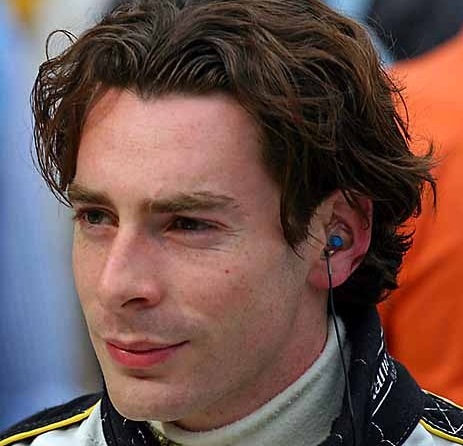 Indianapolis, IN – After what was noted as an extremely successful first season for Frenchman Simon Pagenaud, the reigning 2006 Champ Car Atlantic champion makes the move up to Champ Car and who better to do it with than the team he won the Atlantic championship with, Team Australia.

The announcement was made as Team Australia completed the second half of a two-day Champ Car open test in Houston.

Team Australia co-owner Derrick Walker, who over saw today’s test in Houston, said the announcement of Pagenaud as Power’s teammate was the start of the next chapter for Team Australia.

“We are very happy to have Simon partnering with Will Power, completing our 2007 line-up. Craig (Gore) and I are glad to be coming back for our third season," said Walker.

“Things are definitely coming together nicely. Simon Pagenaud was a big part of our 2006 Atlantic Championship and I expect he and Will (Power) will work really well together and make a positive impact on our Team Australia race program."

Pagenaud produced an impressive rookie season in the Atlantic series in 2006 with Team Australia by winning the championship on the strength of nine top-five finishes, six podiums and one pole.

Pagenaud is ecstatic about joining his team for the 2007 season, proving how beneficial the Atlantic series was for him.

“I’m so excited to be moving up to Champ Car and to be joining my old team from Atlantic’s to drive the #15 Aussie Vineyards car with Team Australia" said Pagenaud.

“We had a fantastic year with the Atlantic series, it was a great program. Moving up into Champ Car with Team Australia is great. Derrick Walker and Craig Gore were very helpful to me last year and I am really looking forward to having a great season with them again.

“With the new car and all the new changes, the Champ Car series is getting stronger and stronger, it will be a challenging year, but what can I say, I’m very happy where I am at this time and I’m ready to grow with the team and the series."

“The signing of Simon Pagenaud to our second Team Australia seat completes our driver line up, which I think is a very strong combination." said Team Australia co-owner Craig Gore.

“Simon did a terrific job for us in the Atlantic series last year and I’m happy that we will have him a part of our Champ Car operation going forward. 2007 is going to be an exciting year on so many levels for Champ Car."

Team Australia came off of a very successful 2006 Champ Car World Series season with their two car effort with Canadian Alex Tagliani and Australian Will Power who had a combined 16 top-ten finishes, three podiums and one pole.

The two produced an impressive finish in the overall point standings, finishing sixth and eighth respectively. Not only did they have a strong result but, Power took home the Roshfrans Rookie of the Year title along with the Bridgestone Passion for Excellence award.