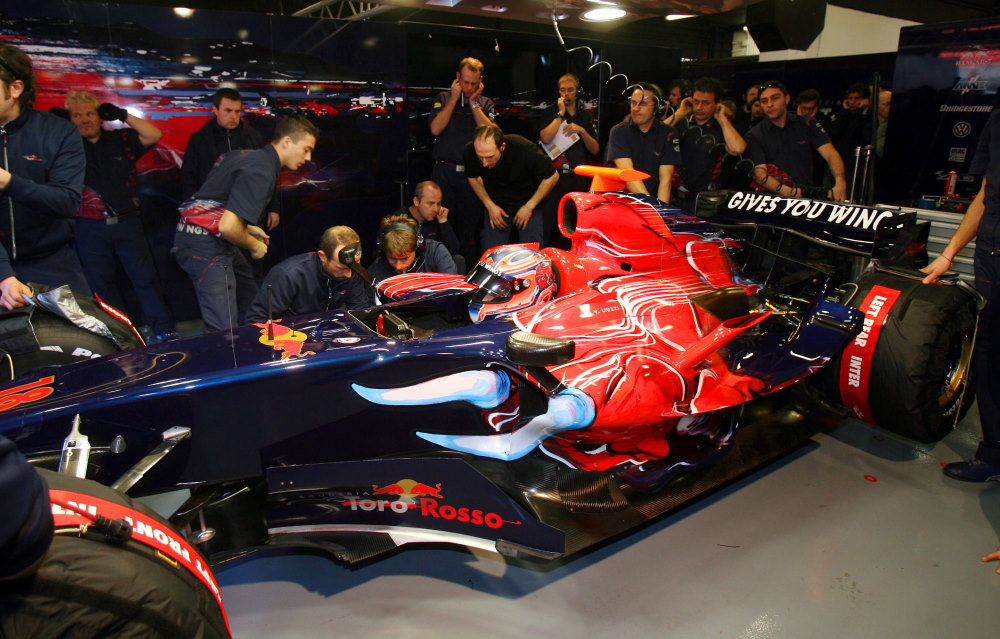 Scuderia Toro Rosso took the wraps off its contentious 2007 car in Barcelona on Tuesday.

Tonio Liuzzi, who has been re-signed as one of the team’s race drivers for this season, took the STR2 for its first shakedown laps at the Circuit de Catalunya late in the afternoon.

Amid speculation that the car is not legal because it is a copy of the sister team Red Bull cars, Gerhard Berger remained adamant that the team has complied with the rules.

“Our car is not a ‘customer car’," he insisted.

“A customer car is when you go to another team, give them money and they give you a car. This is not the case with us. And before we went down the route of working with Red Bull Technology, we took our own legal advice and checked it with the FIA. I am completely satisfied that our car is in compliance with the rules."

Technical director Alex Hitzinger emphasized the differences between the STR2 and its Red Bull cousin.

“Apart from the obvious one that the chassis is different to accommodate a different engine, nearly all the major elements are different too, including bodywork, wings, management systems and so on," he said.