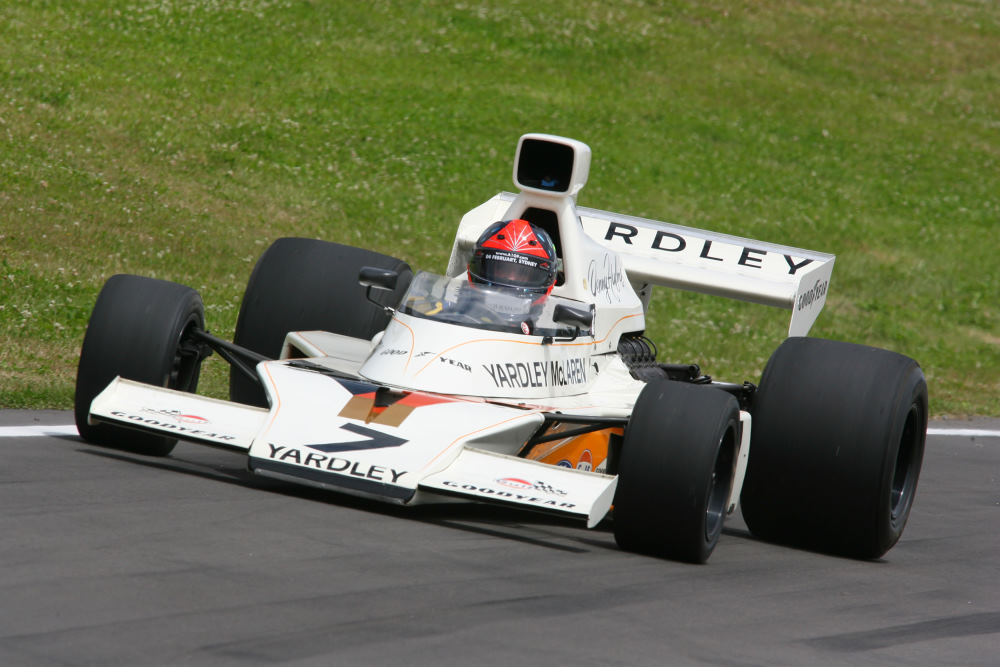 UPDATE A big budget film of the life of New Zealand motor-racing icon Bruce McLaren was announced on Saturday and his wife, Patty McLaren-Brickett thinks Hollywood star Tom Cruise would be the best choice to play the part of her late husband.

Race driver and engineer, McLaren, died on June 2, 1970 in a testing accident at the Goodwood circuit in England at the age of 33. He had by then laid the foundation for a dominant team in world motorsport.

"I was talking about who could play the part this morning with my daughter, Amanda, and I thought Tom Cruise would be a good choice," Mrs McLaren-Brickett said.

"He looks very similar to Bruce — he is dark, he is the same height and has a similar build — he is the only person I thought of at the moment — but he would be too expensive."

The announcement was made at a press conference on Saturday in Taupo where the sixth round of the A1 grand prix World Cup of Motorsport is being held.

(Left, Emerson Fittipaldi drives a M23 McLaren F1 car that he drove back in the 70s for Bruce McLaren around the Taupo track in New Zealand during the A1GP weekend where the Bruce McLaren film was announced.)

It is being co-produced by New Zealander Michael Garlick, a life-long fan of McLaren, and American Barrie Osborne, producer of blockbusters such as Apocalypse Now, the Matrix series and Peter Jackson's Lord of the Rings trilogy.

Osborne said that he was drawn into the project because McLaren's story was one worth telling. More at New Zealand News

01/19/07 Plans have been announced for a big-budget New Zealand film on the life of 1960s motor racing driver Bruce McLaren. Auckland-born McLaren died in an accident 36 years ago after forming his own international motorsport team, which has gone on to be the most successful in the history of the sports top league – Formula One.

The film will be made by many of those involved with the Lord of the Rings trilogy, including co-producer Barrie Osborne, and the Wellington-based Weta studio.