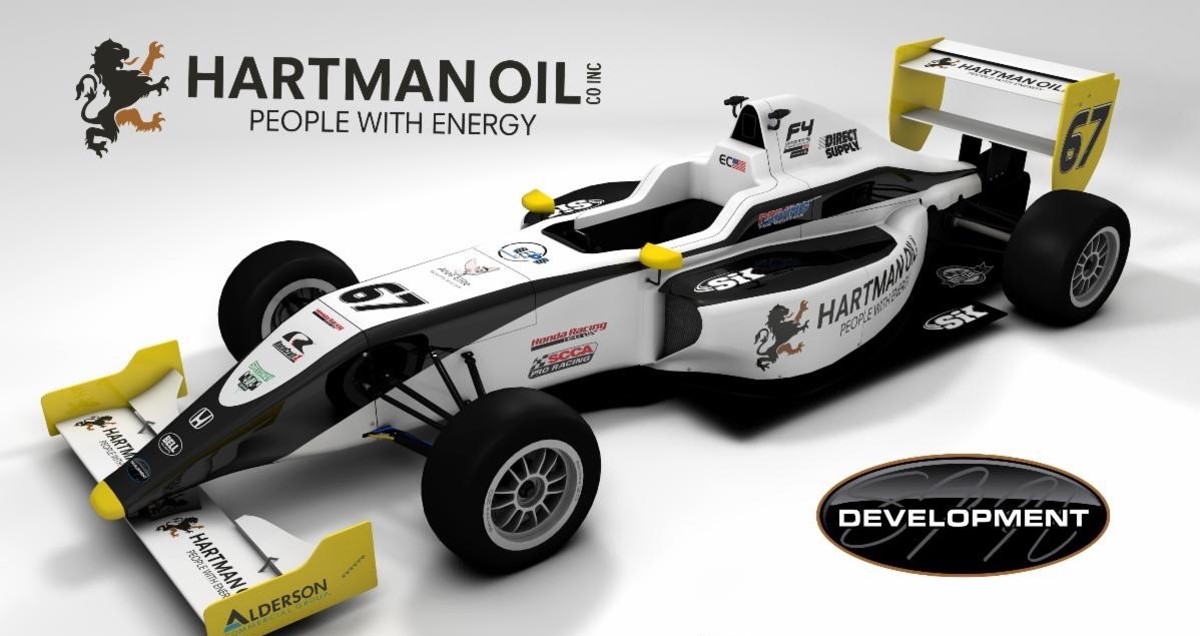 Sarah Fisher Hartman Racing Development announced a new United States Formula 4 Program starting in 2020 with Elliot Cox behind the wheel. The team will test this summer with a focus on preparing for the USF4 Winter Touring Series in Florida at the end of the year.

The Sarah Fisher Hartman Racing Development (SFHRD) team already has an F4 car on order with Ligier Automotive and are looking forward to partnering with Honda Performance Development. The program’s first test is tentatively scheduled for June. The goal of the various Midwest-based tests is to get Cox and the team up to speed before the Winter Touring Series begins.

“I’m honored and excited to join the SFHRD team as a development driver," Cox said. “It’s awesome that this opportunity was provided to me by Sarah, Andy, Wink and Libba. I can’t wait to get on track with the team. The F4 car is the first step on my ladder to IndyCar, so having this chance is a dream come true."

Although the focus shifted slightly, they always kept an eye out for young racing talent through their development team, created to help budding talent move up the racing ladder. When Cox and his family came to WRP for a local race, O’Gara recognized him right away from a previous introduction several years ago. Seeing Cox’s talents on the track and his genuinely humble personality off track, O’Gara advised Hartman of the human-interest story.

They both decided on this venture as a way to promote and support grass roots racers like Cox to move towards accomplishing their dreams, just as they had done with drivers before, such as Josef Newgarden.

“While reviewing the day-to-day business of Whiteland Raceway Park, Andy mentioned Elliot’s story and the likelihood of his success ultimately in racing," Hartman said. “Libba and I have enjoyed helping young athletes achieve their dreams and when I heard his story, the idea of helping him to the next step immediately took shape in our minds. We are thrilled to continue on our racing background here in Indianapolis and look forward to seeing the No. 67 back on track soon."

The formal testing and race schedule will be announced soon and will include national and regional karting events.

ABOUT SFHRD:
SFH Racing Development was started by Sarah Fisher and her husband, Andy O’Gara, in partnership with Wink Hartman and Hartman Oil as a way to find young racing talent and groom them through multiple series on their way to a professional career in racing.

ABOUT ELLIOT COX:
At twelve years old, Elliot is already a seven-time national karting champion. With over eighty feature wins, he has competed in both national and regional karting series including World Karting Association, Super Karts USA, Great Lakes Sprint Series, Route 66 Sprint Series and United States Pro Kart Series. Elliot’s passion outside of driving is the foundation he started in 2018 based on his own personal experience with dyslexia. Driving for Dyslexia is a non-profit foundation whose mission is to raise funding used for tutoring teachers to educate students with dyslexia. To date, he has raised nearly $100,000 towards this mission. Elliot also enjoys competitive swimming and working with Ares Elite Sports Vision to overall build and maintain his stamina, strength, mental sharpness and reaction timing, all while attending Hoosier Academy, powered by the K12 online platform.

For more information on Elliot visit www.ElliotCoxRacing.com or find him on social media at @ElliotCox51 on Twitter, @ec_51 on Instagram or on Facebook at Elliot Cox Racing.