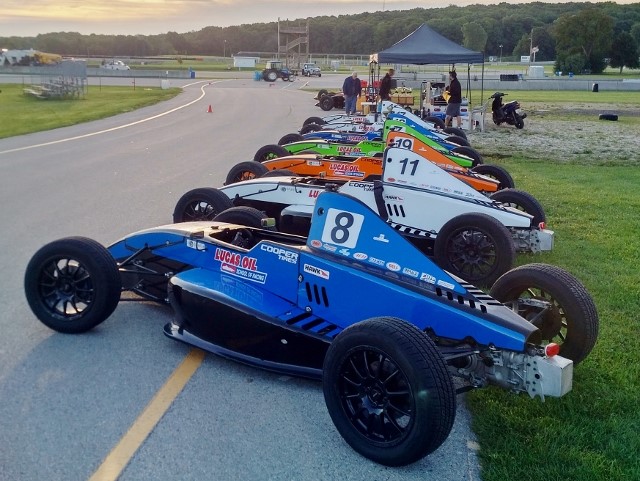 For the second year running, two of the staunchest supporters of up-and-coming open-wheel racers, the Lucas Oil School of Racing and Cooper Tires, will combine forces to host the Team USA Scholarship shootout. The two-day assessment will take place early next month at Road America in Elkhart Lake, Wis.

Six talented young Americans will take the challenge, from which two will be invited to represent their country at the Formula Ford Festival at Brands Hatch and the Walter Hayes Trophy at Silverstone later this fall.

“The selection process doesn’t get any easier," said Team USA Scholarship founder Jeremy Shaw. “I believe the future of American open-wheel racing is in good hands. This year’s class is extremely accomplished. It was difficult enough to whittle the list down to six finalists and it will be even harder to select just two winners."

Newgarden, Pigot and Daly were joined by several other notable figures from the auto racing world, including Chip Ganassi Racing Teams Managing Director Mike Hull, during the initial selection process, during which they shared a wealth of knowledge and experience to the group. Judges for the Road America shootout, which will utilize the Lucas Oil School of Racing’s Ray GR-RSC cars with a fresh set of Cooper tires for each candidate, will comprise a similarly accomplished group, among them veteran racer and TV pundit David Hobbs, ArmsUp Motorsports team owner Gregg Borland, driver coach Steve Welk, Kelly Jones of RaceCraft1 Simulator Training and former Team USA Scholarship winner Michai Stephens. The candidates also will undergo a fitness assessment with renowned expert Jim Leo, President of PitFit Training.