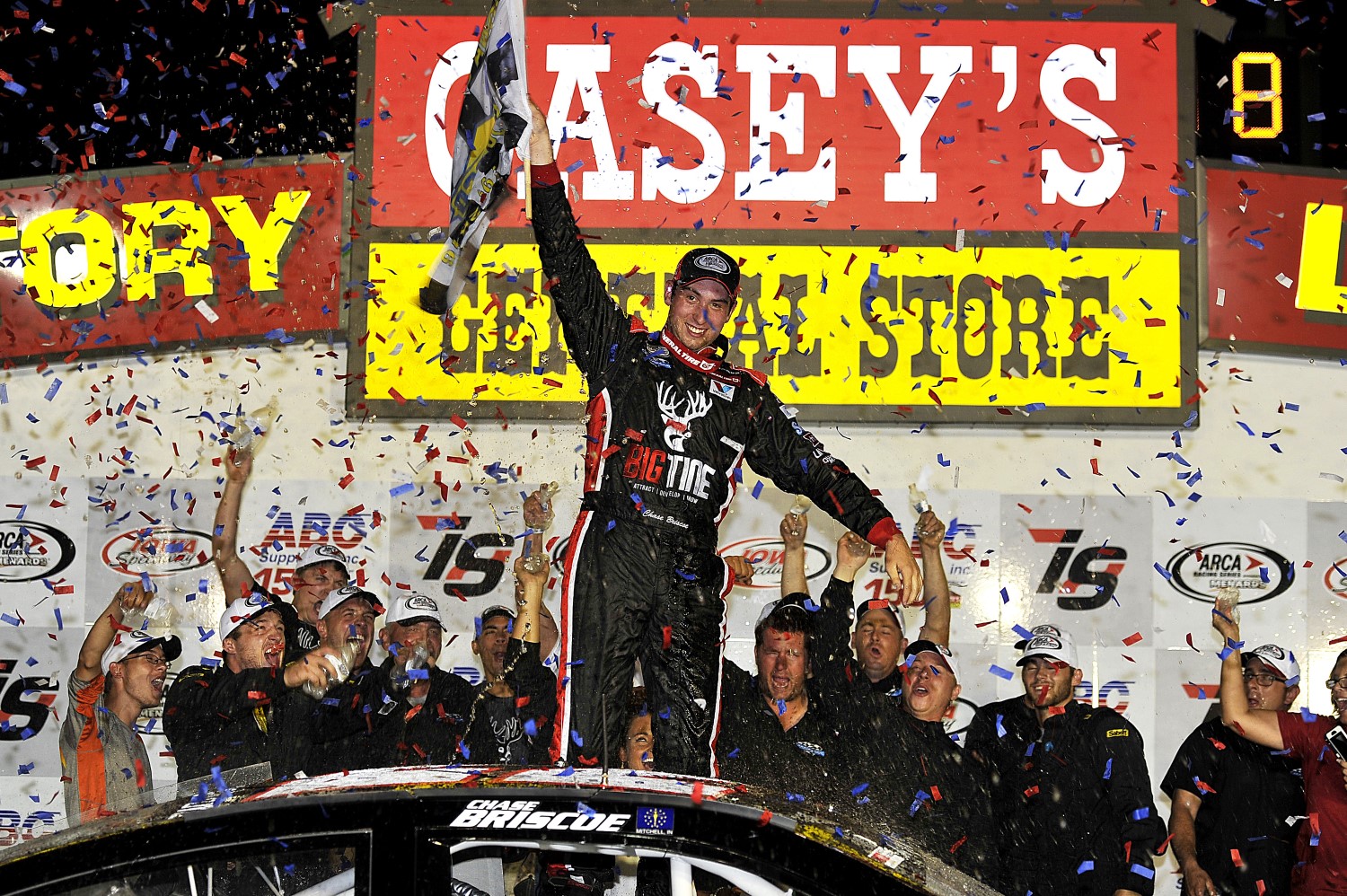 For most of the night it looked like Kyle Weatherman would run away with his first win of 2016 in convincing fashion. But a cut tire on Lap 87 sent Weatherman into the wall and changed the complexion of the ARCA Racing Series ABC Supply Co. 150 presented by Casey’s General Stores.

Weatherman, driving for his third different team of 2016, led 46 laps and then watched his lead disappear when he was forced to head to the pits.

But it was Chase Briscoe, driving the Cunningham Motorsports No. 77, that ran away with the race in the final laps, winning his second ARCA Racing Series race in a row. Briscoe continues to lead the championship standings over second-place Josh Williams.

Last year, Briscoe was volunteering in the race shop at Cunningham Motorsports to learn more about the sport. Less than one year later, the Mitchell, Indiana rookie is leading the ARCA Racing Series national championship points battle.

“Didn’t think anything would ever top Winchester, but this place is pretty awesome," said Briscoe. “It’s really great for fans."

To add to Briscoe’s amazing story, he has limited racing experience on pavement tracks because his racing career started in the rough and tumble world of sprint car racing.

Kyle Benjamin, the pole sitter, finished second and NASCAR Next member Harrison Burton came home third. NASCAR Next is an industry initiative aimed at spotlighting NASCAR’s emerging stars who have a goal of one day competing at the sport’s highest level.

“Once I lost the lead, I was just trying to make sure I didn’t spin out so we could make it to the pit stop," Benjamin said.

Burton made his ARCA Racing Series debut at Iowa Speedway on Saturday night.

“I’ve never been on a race track this fast before," Burton said. “It was tough, but my team helped me through it."

Burton will return to the “Fastest Short Track on the Planet" on July 29 for the NASCAR K&N Pro Series Casey’s General Stores 150 presented by Vatterott College.