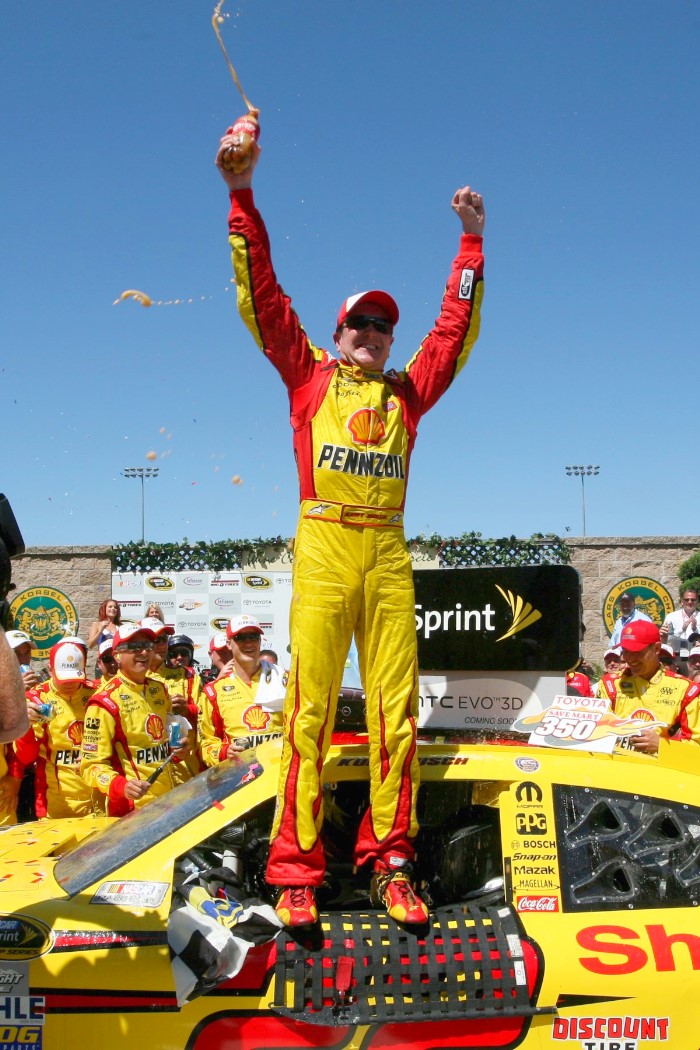 Kurt Busch walked in the media center Thursday and wanted to clear the air about his personal life, saying he is going through a divorce and hoping everyone will respect his privacy in a personal matter. "Although we [Busch and his wife, Eva] are no longer together and are legally separated, we appreciate privacy in this situation," Busch said. "All I want to say on this is we are going though the process of terminating our marriage, but we are doing it with respect for each other and we'll always be friends."

"When you win, people want to bring you down," Busch said. "While drivers sometimes have a beef with certain media members, the vast majority are hard working and responsible individuals trying to do their job the best way they can. I realize I'm an entity, but I'm also a person." Busch was asked if his personal situation has impacted his performance on the track this season. He ranks fourth in the Sprint Cup standings with nine top-10s in 16 races, but he also has shown angry moments on the team radio when he was unhappy with his car. "A lot of things are happening on a personal level," Busch said. "But our performance on the race track is the best way for putting all that aside." ESPN