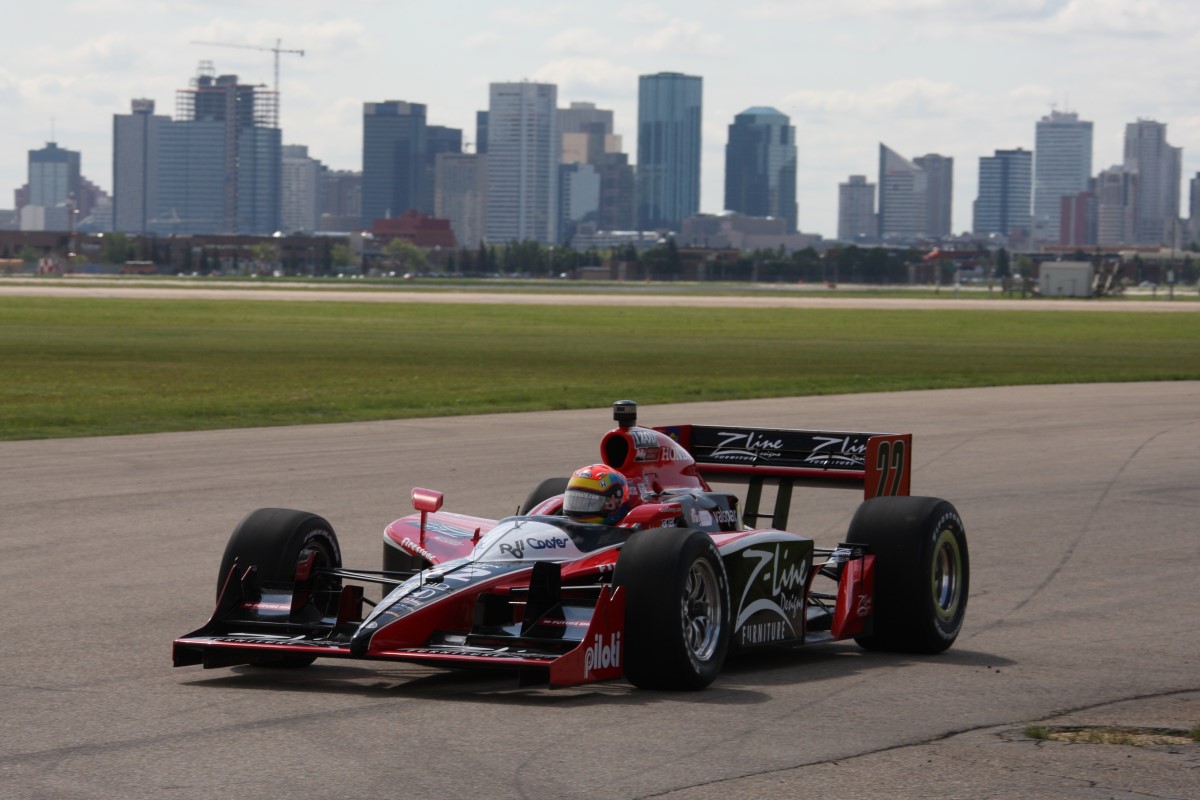 Dreyer & Reinbold Racing announced today that Z-Line Designs will return to the team for the 2011 season. The San Ramon, California-based furniture corporation will be a primary partner on the No. 22 DRR machine driven by Justin Wilson at five IZOD IndyCar events in 2011, which will include Long Beach, the 100th anniversary of the Indianapolis 500, Texas, Toronto and Edmonton.

"Dreyer & Reinbold Racing is extremely excited to have Z-Line Designs return this year and we are looking forward to sporting the classic Z-Line Designs colors at five important events for DRR. We cannot think of a better brand to be associated with, especially for the Centennial celebration of the Indianapolis 500. I'd like to personally thank Jim and Monica Sexton for their continued support," commented Dreyer & Reinbold Racing Co-Owner Robbie Buhl.

Z-Line Designs is a leading import manufacturer of ready-to-assemble furniture in a range of materials from solid American oak, birch, and maple to mixed media combinations of wood, metal, and glass. With manufacturing plants in China and Taiwan, Z-Line Designs is one of the most innovative manufacturers of computer desk systems, computer workstations, computer armoires, file/storage products, and a large variety of television, audio, and entertainment centers. Products are distributed primarily through mass merchants that include Wal-Mart, Target, Staples, Office Max, Costco and various other major retailers not only in the United States but Canada, Mexico and South America.

"Z-Line Designs will continue to be a very vital part of Dreyer & Reinbold Racing. It has been a pleasure to work with Jim and Monica Sexton professionally, while also developing a strong personal relationship away from the track. We are excited to begin the 2011 IZOD IndyCar Season and experience future success with Z-Line Designs on and off the track in 2011," said Dreyer & Reinbold Racing Co-Owner Dennis Reinbold.

Dreyer & Reinbold Racing and Z-Line Designs had a very successful 2010 season together with Justin Wilson, who piloted the No. 22 Z-Line Designs car. The team/sponsor duo earned two podium results with second place finishes at the Honda Grand Prix of St. Petersburg and The Toyota Grand Prix of Long Beach. They also earned a pole position together at the Honda Indy Toronto.

"I'm extremely excited to be a part of the Dreyer & Reinbold Racing team this year and have Justin Wilson represent my company. Justin is a great driver and has been our driver for three years. The entire Dreyer & Reinbold team is great to work with and have worked very hard to put together a great car. I look forward to a successful season," commented Z-Line Designs Founder & Chief Executive Officer Jim Sexton.