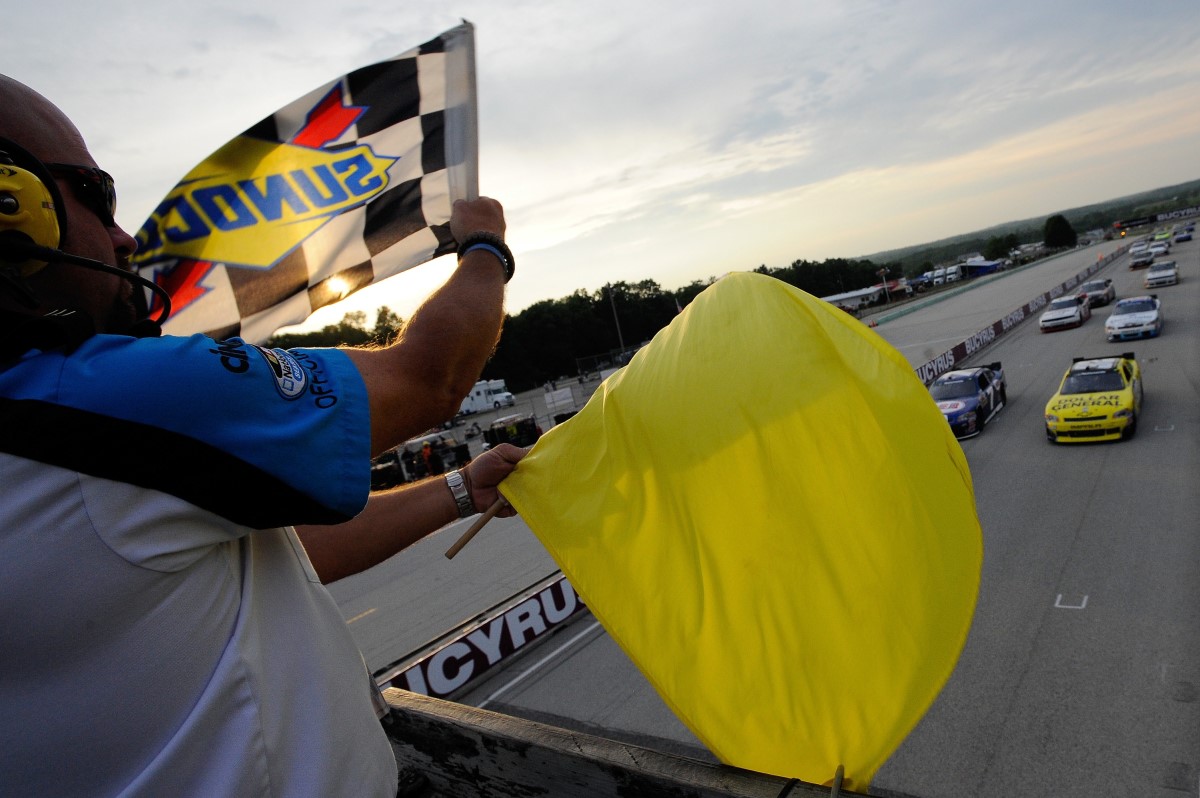 Justin Allgaier could have coasted to victory under caution — but he ran out of gas, handing a victory to Reed Sorenson in a chaotic finish to Saturday's NASCAR Nationwide race at Road America.

Allgaier took the lead from Michael McDowell on the second of three attempts at a green-white-checkered overtime finish. Allgaier held the lead after the final restart and appeared to have the win sealed up when the yellow flag waved for the final time because of another rash of crashes.

But Allgaier didn't have enough fuel to make it to the finish after running so many extra laps on the four-mile track, and making it back to the finish line is required under NASCAR rules even though the race finished under yellow.

"I don't agree with the ruling, but it is what it is," Fellows said.

Brian Scott was leading in the closing laps of regulation, trying to win the race on fuel strategy. But McDowell, who started on the pole and ran at or near the front all afternoon, chased him down and got around him going into Turn 1 with seven laps to go.

A caution came out after a crash with four laps remaining, bunching up the field and setting up overtime.

That was the first in a series of late crashes that caused NASCAR to extend the race with three attempts at a green/white/checkered finish — the maximum number of overtime restarts allowed in hopes of ensuring that the race finishes under green.

On the first restart, Villeneuve put two wheels on the grass attempting to make an aggressive passing move going into Turn 1 — then sent Scott and Papis spinning.

Papis pulled up next to Villeneuve on pit road after the race in an apparent attempt to show his displeasure, but Villeneuve offered no apologies in a post race interview.

Otherwise, it was a good finish after a challenging day for Villeneuve, who was leading halfway through the race when NASCAR officials penalized him for changing lanes before the start/finish line on a restart.

There was more chaos on the second attempt at a green-white-checkered finish.

McDowell continued to lead the field to the next restart but went wide in Turn 5 to give up the lead to Allgaier — and a gaggle of cars spun out behind them, bringing out another caution and setting up Allgaier's heartbreaking loss.

McDowell ended the race in 12th, a tough finish for the Sprint Cup Series backmarker who appeared to be making the most of his chance to drive for a top-flight team.

Saturday's race was run without the large group of Sprint Cup Series starts who usually opt to race in Nationwide.

Carl Edwards won last year's race at Road America and intended to make the commute between the Sprint Cup weekend in Sonoma, Calif. again this year.

But when Edwards struggled to get speed out of his Cup car, he decided to stay in Sonoma and skip Road America. That meant open-wheel and sports car racer Billy Johnson got an unexpected last-minute chance to race.

Johnson hoped to contend but spun out early, then had to quit the race because of a reported mechanical problem.