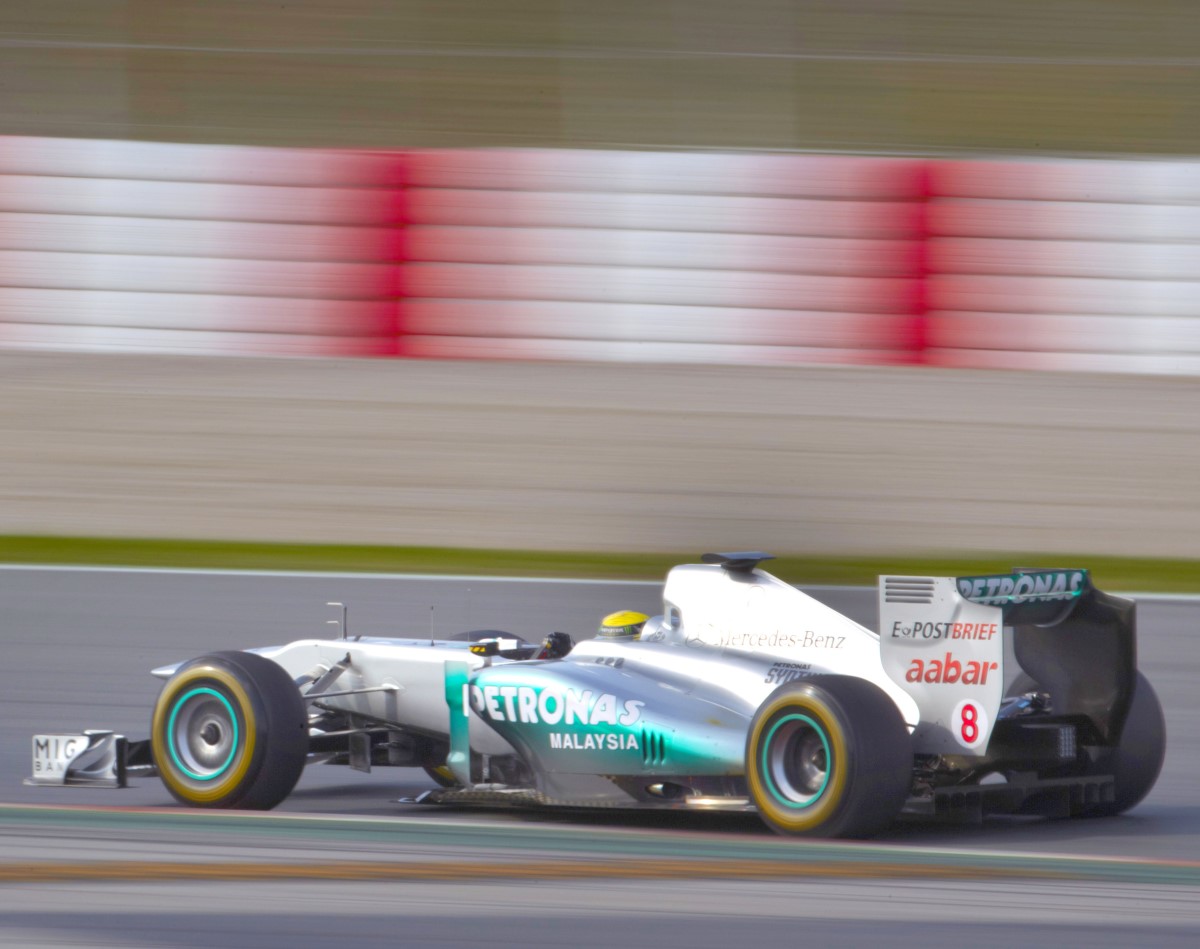 Among the myriad rule changes for the 2011 season, one of the less prominent was that gearboxes must now last for five consecutive events rather than four. Furthermore, each team had to choose 30 ratio options before the season began to cover the demands of the 19 circuits, which must be able to cope with the slowest corners at Monaco, and the long straights of Monza, with DRS enabled. As the Valencia Street Circuit requires the most gear changes per lap of any circuit so far this season, 64, and the second-most per lap of any circuit behind Singapore, it provides the perfect opportunity to take a look at this crucial system.

What are the toughest races for the gearbox?
The toughest races for the gearbox are Monaco, Singapore and Abu Dhabi where the drivers shift gear every 61m, 71m and 82m respectively. The main factors that make a race demanding are torque levels and the number of gear shifts; Monaco and Singapore see the drivers shift gear over 4,000 times per race. At slow speed circuits, the ratios selected give a low car speed, which means the gearbox has to transmit higher torque for longer periods; also, the car spends more time in the lower gears, which is more damaging to the bearings. The gearbox also has to withstand torque spikes during a gear change; therefore, the more changes are made, the harder the gearbox has to work.

What temperatures does the gearbox operate at, and what forces does it transmit?
The gearbox typically runs at up to 130Â°C and has to transmit around 5000Nm at the final drive. The gearbox itself weighs less than 40 kg and includes well over 500 individual components; these include not just gearbox functions, but also mounting points for the suspension, the rear crash structure and many hydraulic components.

How quickly is a gearshift made in a modern Formula One 'seamless shift' box?
In terms of transmitting torque through the gearbox, a gear changes takes zero seconds. The time for the mechanical parts to complete the shifting mechanism is less than 0.05s – that's a third of the time it takes to blink an eye. At 250 kph, a Formula One car would travel almost 3.5m; around two thirds of a car length, in this time.

Article 9.6.2 of the Technical Regulations says all competitors have only 30 gear ratio pairs available for the season, and these must be declared before the first event of the year. How are they selected?
This rule means that the teams have 30 ratio options available, not that only 30 ratios can be used. Within this range, ratios can be changed between races to adapt to circuit characteristics. The 30 ratio options are chosen based on pre-season testing with both drivers, plus lap simulation. Each driver has the same 30 ratios available.

How are ratios selected for a specific circuit?
The first part of the process is to select top gear, which is done through simulation of various wing levels, plus the lap time compromise between DRS and non-DRS running for various top gears: optimizing for non-DRS running could leave the driver on the limiter for too long when DRS is active, while the reverse scenario could cost too much lap time without DRS because the gearing is too 'long'. At high downforce circuits, using DRS has increased top speeds by 15 kph, while speeds are very similar at medium downforce circuits like Montreal; its operation can also increase engine speeds by nearly 1,000 rpm.

The remaining ratios are picked after running the circuit on the simulator. The ratios must provide sufficient torque to exit a corner without the engine bogging down but, if the ratio is too short, it becomes difficult to control wheel spin on exit, or could make the car nervous on corner entry. Upon arrival at the circuit, planned ratios may be adapted to suit grip levels or wind direction. Within the range of 30 ratios, they can be freely changed between first and second practice. After P2, the team has just two hours to select final ratios for the remainder of the event.